Meteoritic matter from the Ries and Steinheim impactors?

“Possible meteoritic matter on the fracture surfaces of shattered belemnites from the rim of the Ries impact crater have been claimed identified by [1]. The authors concluded that ratios between Ni, Cr, and Co seem to hint at an iron (or stony-iron) meteoritic projectile. Buchner et al. [2] further claim to have identified a 2 cm metallic meteorite fragment in Upper Jurassic limestones block from the Steinheim basin, which has already raised considerable interest in the wider public. We will present literature data to show that these claims are not only in conflict with previous studies but that their conclusion is completely unsupported by published data (see Fig.).” 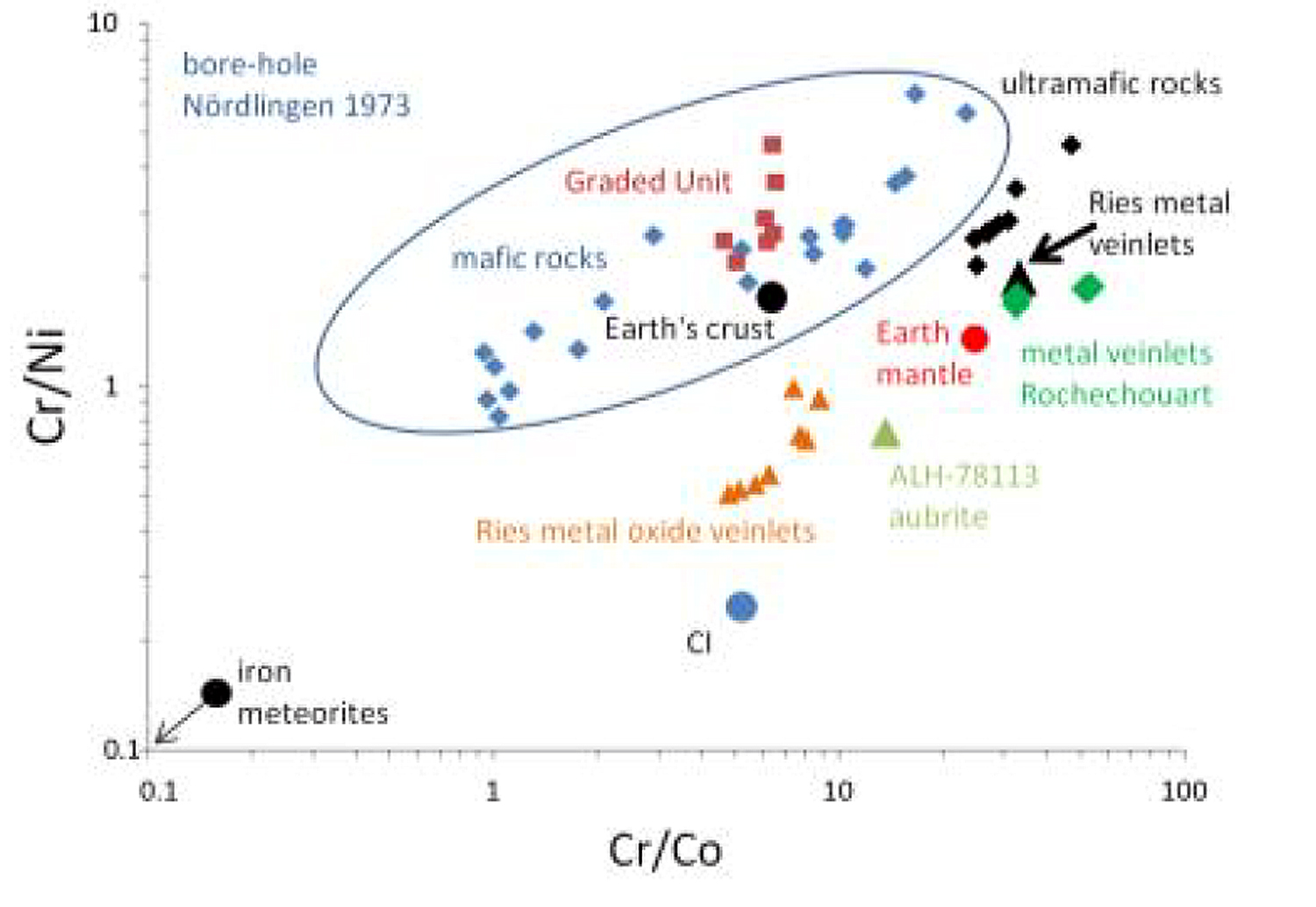