On 15 December, the first day in the field, team A found the first four meteorites near Mount Cecily in the Grosvenor Mountains. On 10 January the biggest meteorite of the season was found. It was described as being ‘the size of a rugby ball’. Until 2 February 263 meteorites have been found, including thirteen achondrites and three iron meteorites. Many achondrites were found on a new, formerly unexplored ice field, inofficially known as ‘Achondrite Orchard’. 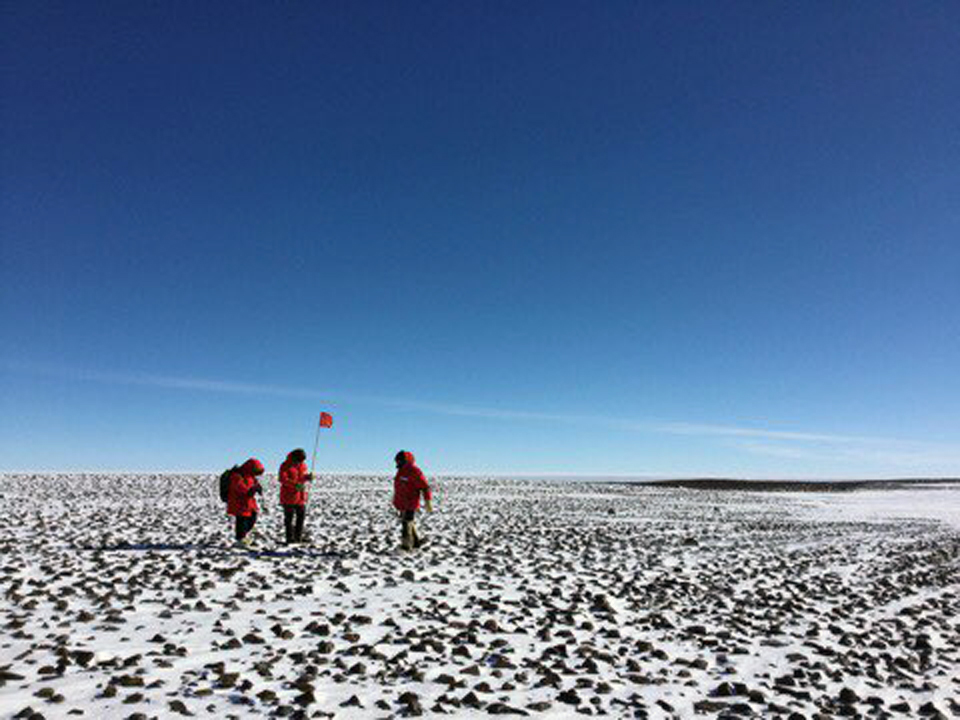 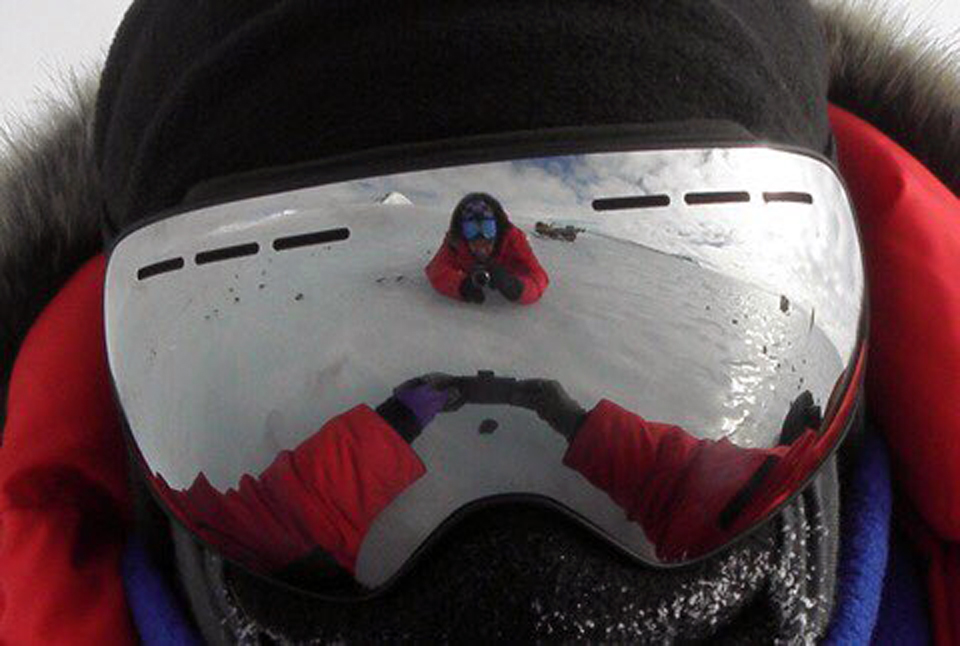 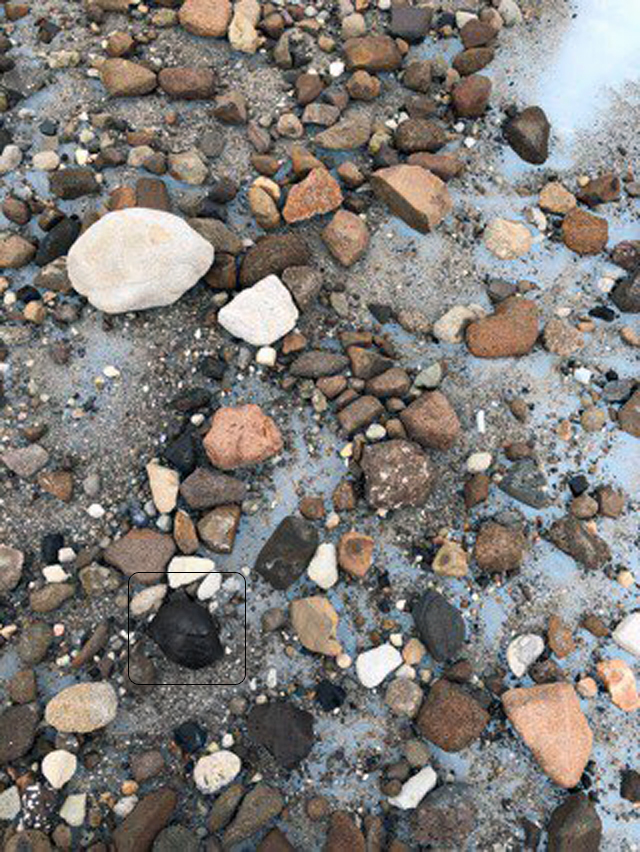 Meteorite in situ on a moraine (in frame near the bottom left corner) on a moraine near Mt Cecily, Antarctica on 27th December 2017. Image: Case Western Reserve University 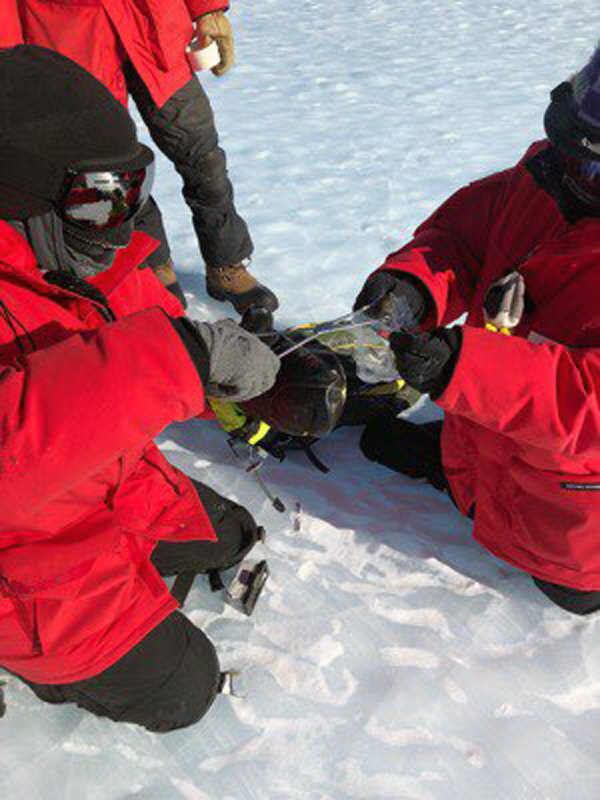 Juliane Gross (left) dropping the rock into a sterilized bag that Barbara Cohen is holding (right) with Brian Rougeux in the background on an icefield close to the camp near Mt. Cecily, Antarctica on 3rd January 2018. Image: Case Western Reserve University 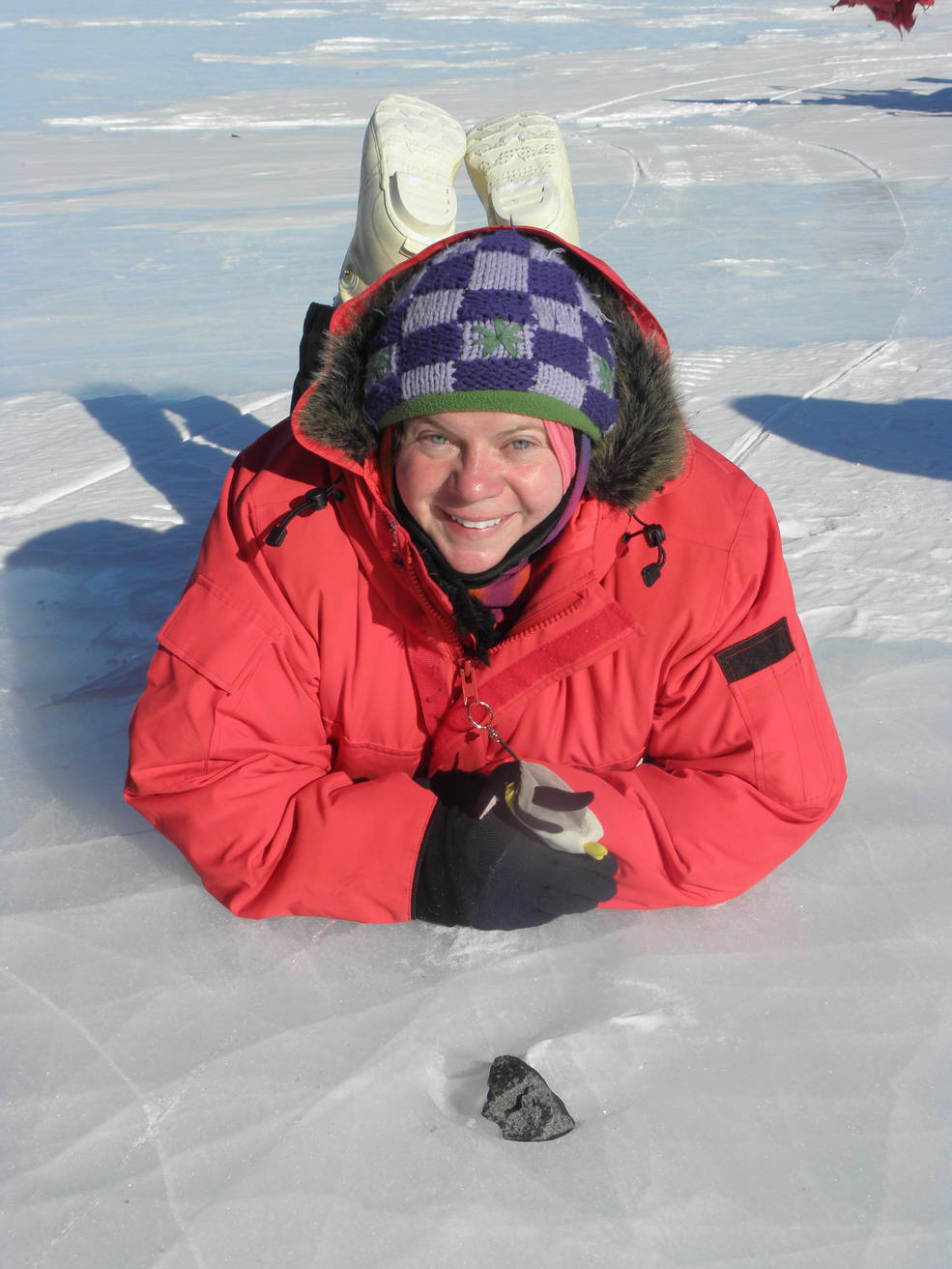 Barbara Cohen with one of the found achondrites. Image: Juliane Gross 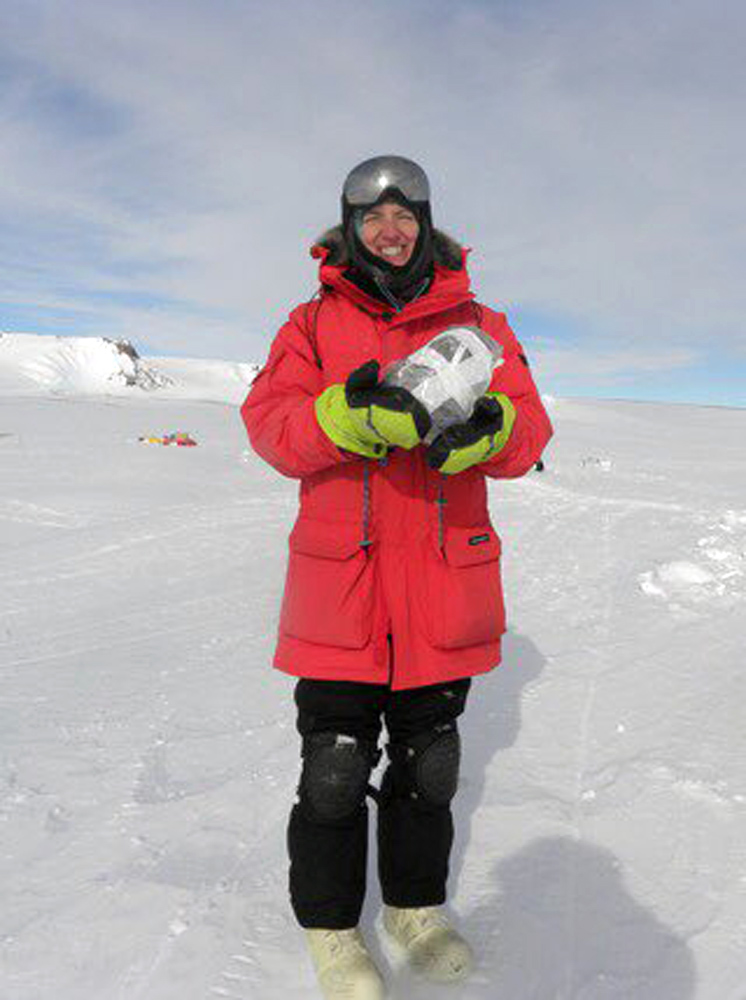