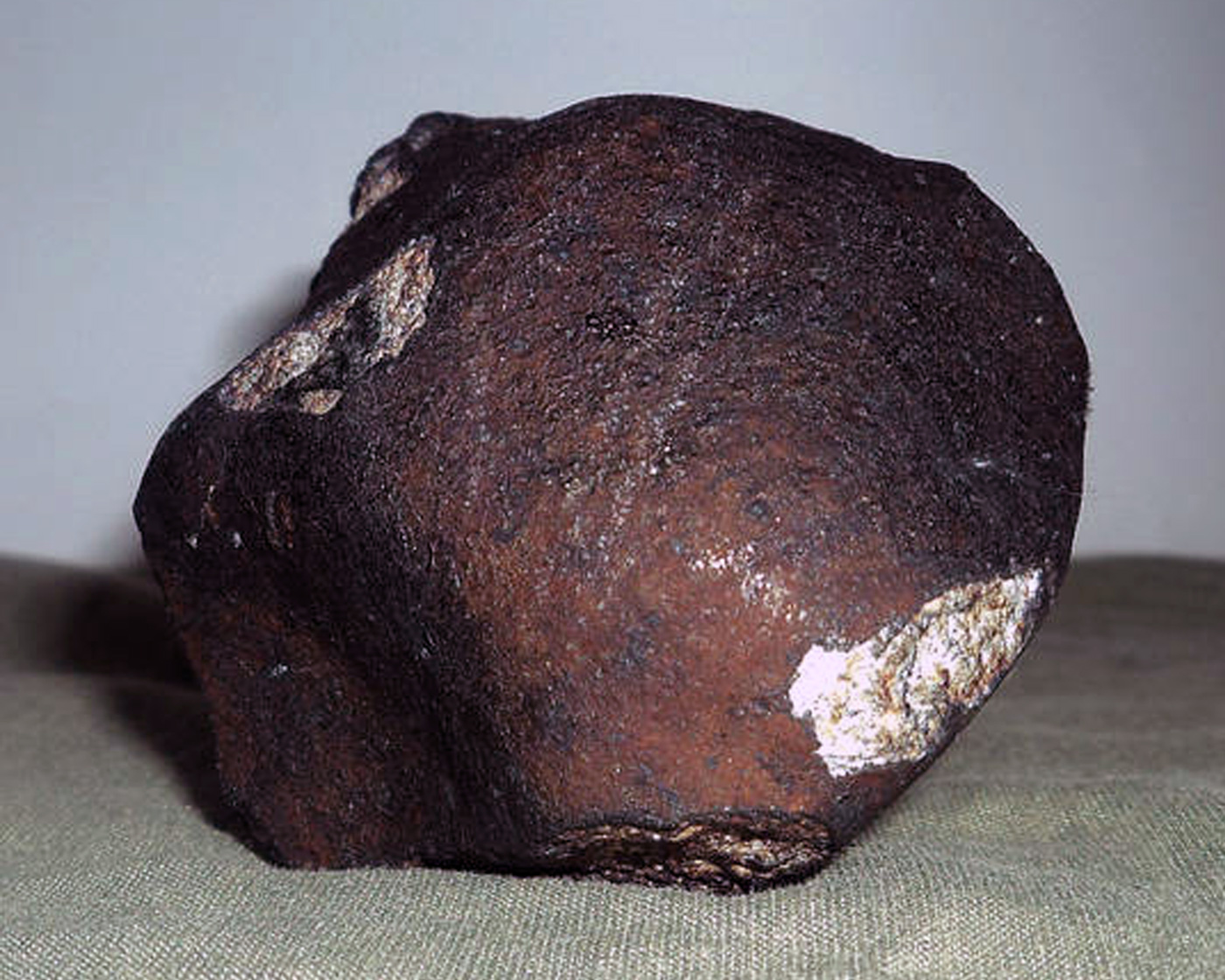 The meteorite fell on 3 June 2012, between 10.20 and 10.30 p.m., on Héctor Armando Valle Herrera’s home in Barrio La Zarcita, Ciudad de Comayagua, Departamento de Comayagua, Honduras. The meteorite crashed through the thin aluminium/zinc coated roof, pierced the two layers of the mattress of a double bed and hit two blocks of concrete under the bed, reportedly at location 14°28’18” N, 87°38’40” W 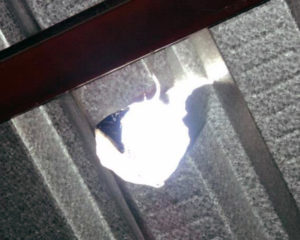 The impact hole in the roof, seen from inside. Image: COPECO

Héctor Armando Valle Herrera is reported to have been lying in the bed when the meteorite fell on the mattress. He is reported to have heard a rumble noise and when getting up noticed the hole in the mattress only centimeters away from where he was lying. Two days later the family informed the media but did not receive any attention. Media coverage about a bolide above Honduras on 18 August 2012 made Héctor Armando Valle inform the the media about his meteorite again. On 22 August 2012 Diario El Heraldo reported about the fall. It wasn’t until 23 August that the scientists of the Departamento de Astronomia y Astrofisica heard about the fall. On the 23 August the Comisión Permanente de Contingencias de Honduras (COPECO) issued a press release (No. 115-2012). COPECO deputy commissioner Carlos Cordero and other members of the Comisión Permanente de Contingencias de Honduras (Copeco) and the Universidad Nacional Autonoma de Honduras (UNAH) inspected the meteorite at its fall location and confirmed its authenticity. The scientists initially tried to convince Mr Valle in vain to hand over the meteorite for analysis. 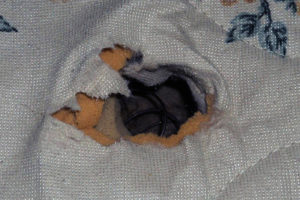 The impact hole in the mattress. Image: COPECO

On 29 August 2012 the UNAH and Mr Valle reached an written agreement to take the meteorite to Tegucigalpa for analysis at the Departamento de Astronomia y Astrofisica (DAAF) de la Facultad de Ciencias Espaciales (FACES)/UNAH for a period of six weeks and then return it to Mr Valle. On 28 September the UNAH decided to negotiate with Mr. Valle about the acquisition of the meteorite for permanent curation and study. In late September 2012 UNAH offered sixty thousand Honduran Lempira (~ 2,562 US$). On 19 October 2012 Mr Valle asked a price of 60,000 US$ for the meteorite. After UNAH had established a commission to calculate an adequate value of the meteorite an agreement with Mr Valle was reached on 11 December 2012. The Universidad Nacional Autonoma de Honduras acquired the meteorite for a sum of 50,000 US$ which was paid in February and May 2013. On 16-17th January 2013 a poster with the title “Comayagua, Honduras first fall meteorite” by María Cristina Pineda de Carías (UNAH), María Jesús Quiróz and Norman Iván Palma was presented at the international symposium “Asirobiological and cosmochemical implications of Marco Polo-R sampling of a primitive asteroid” at the Institut d ́Estudis Catalans in Barcelona. 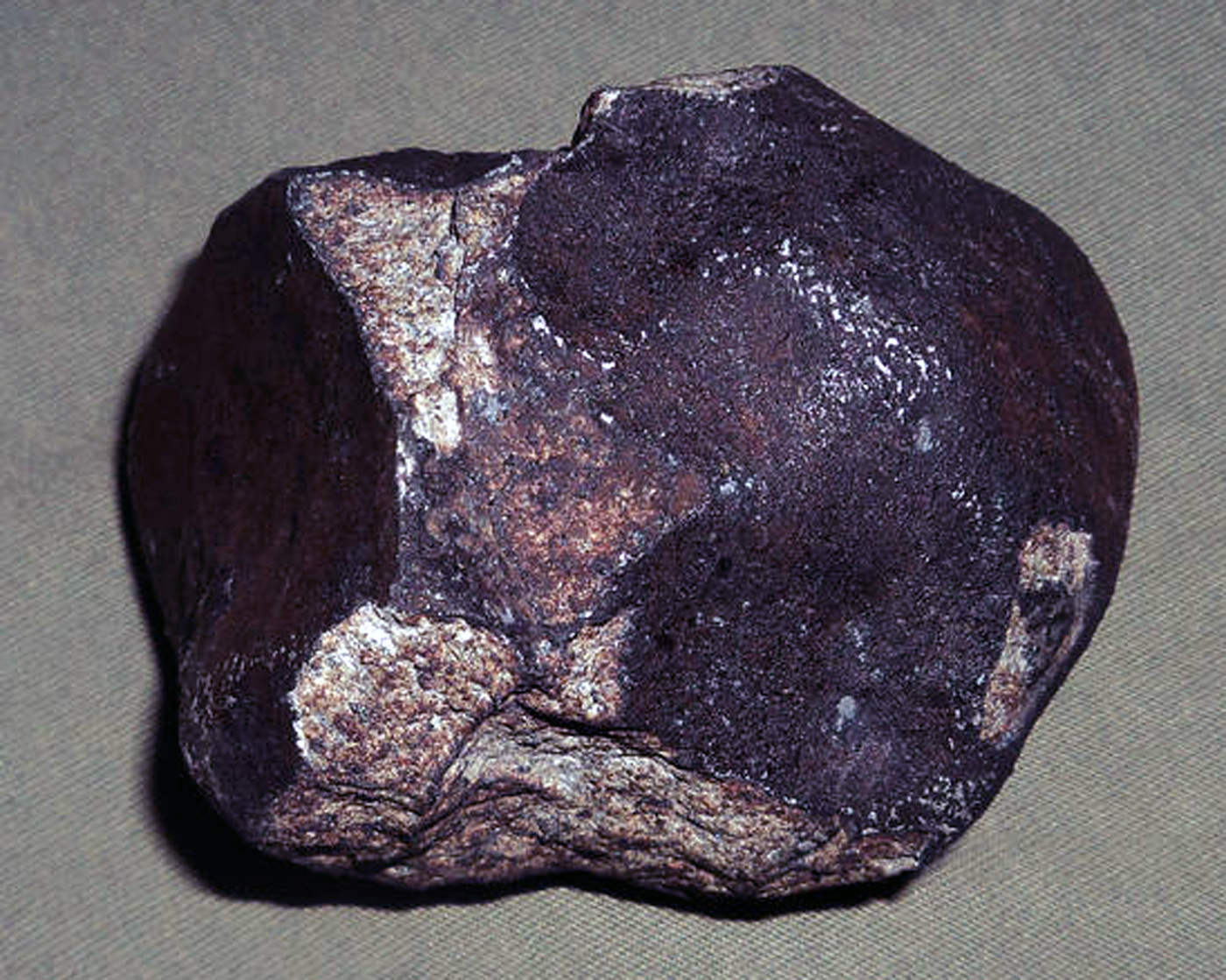 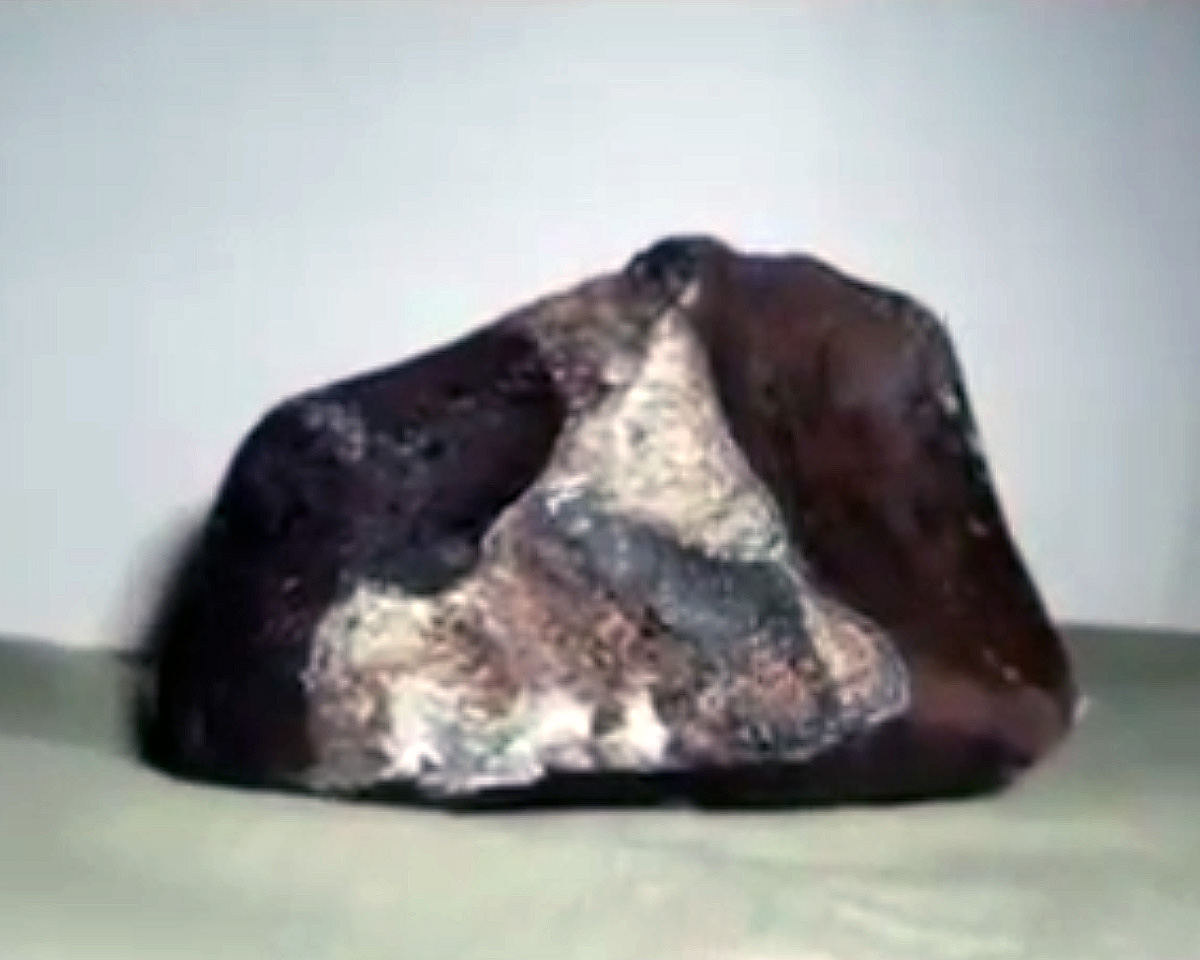 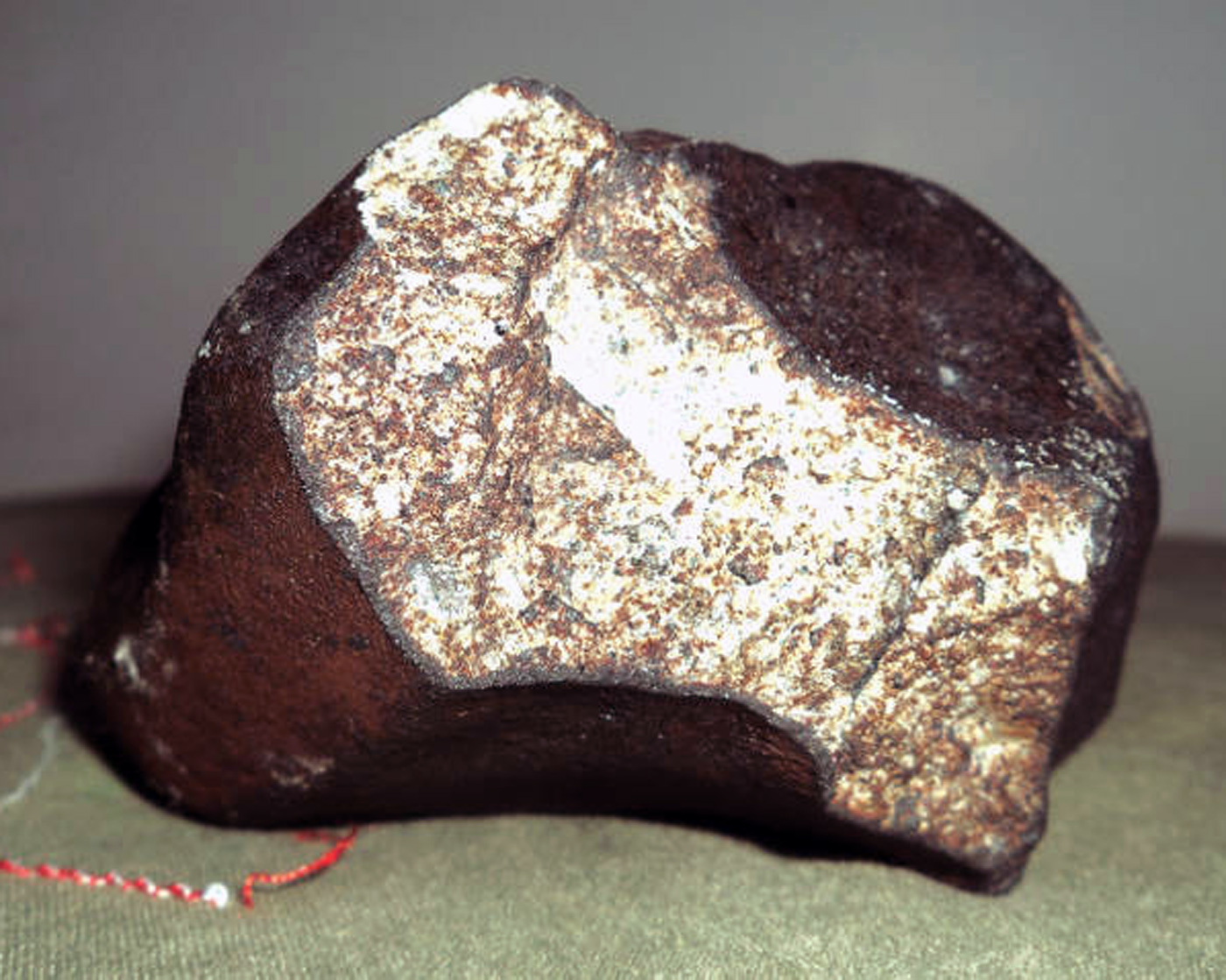 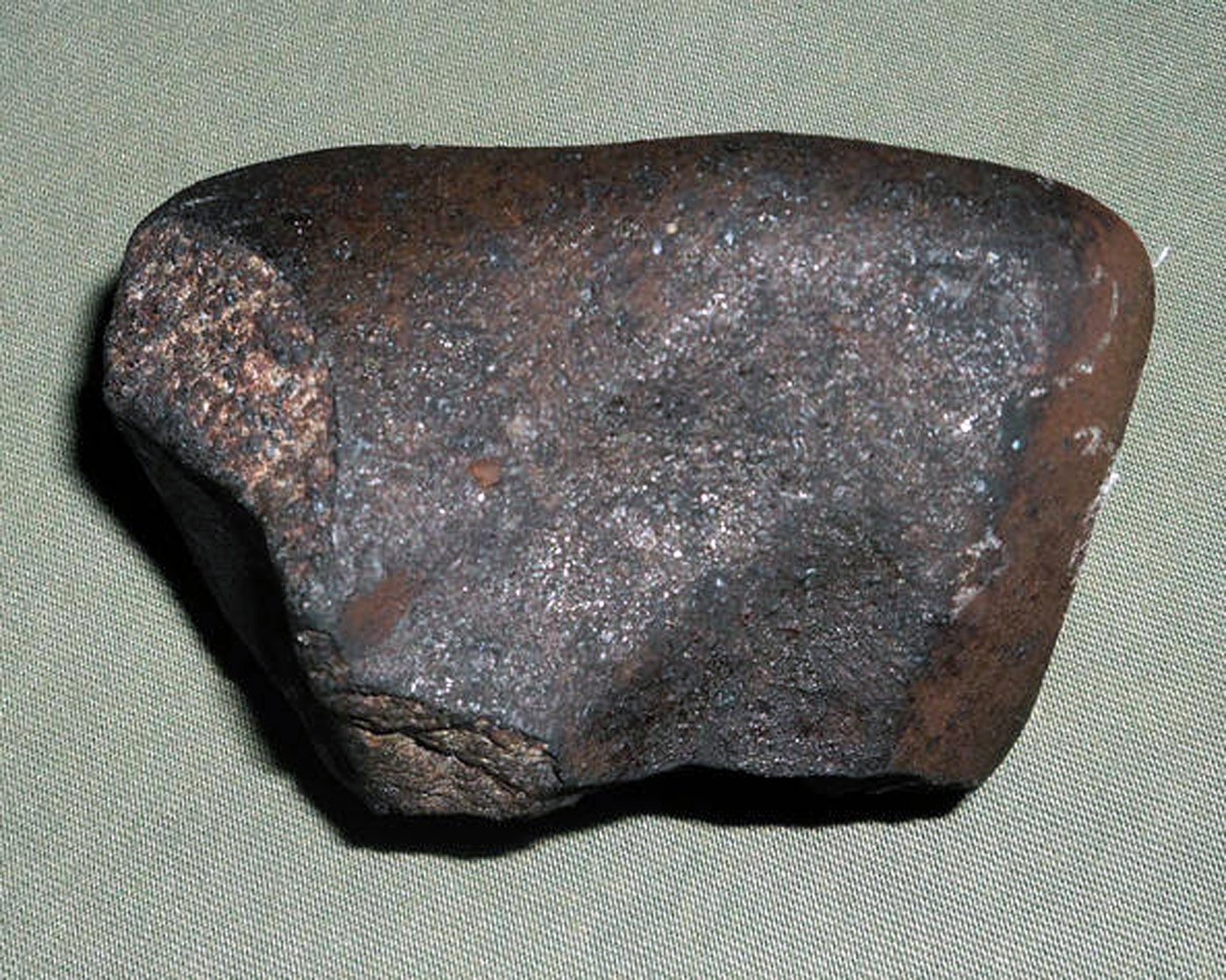 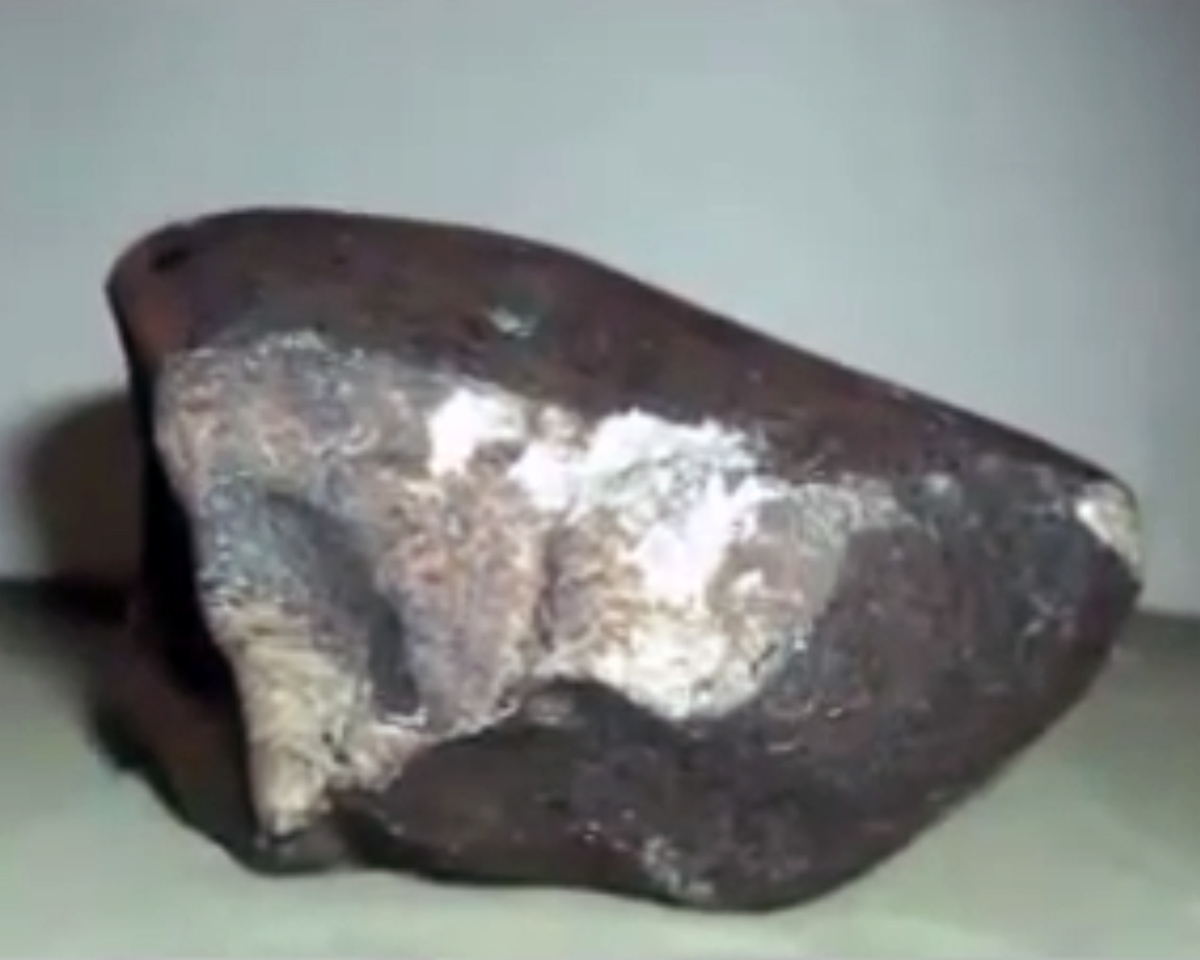 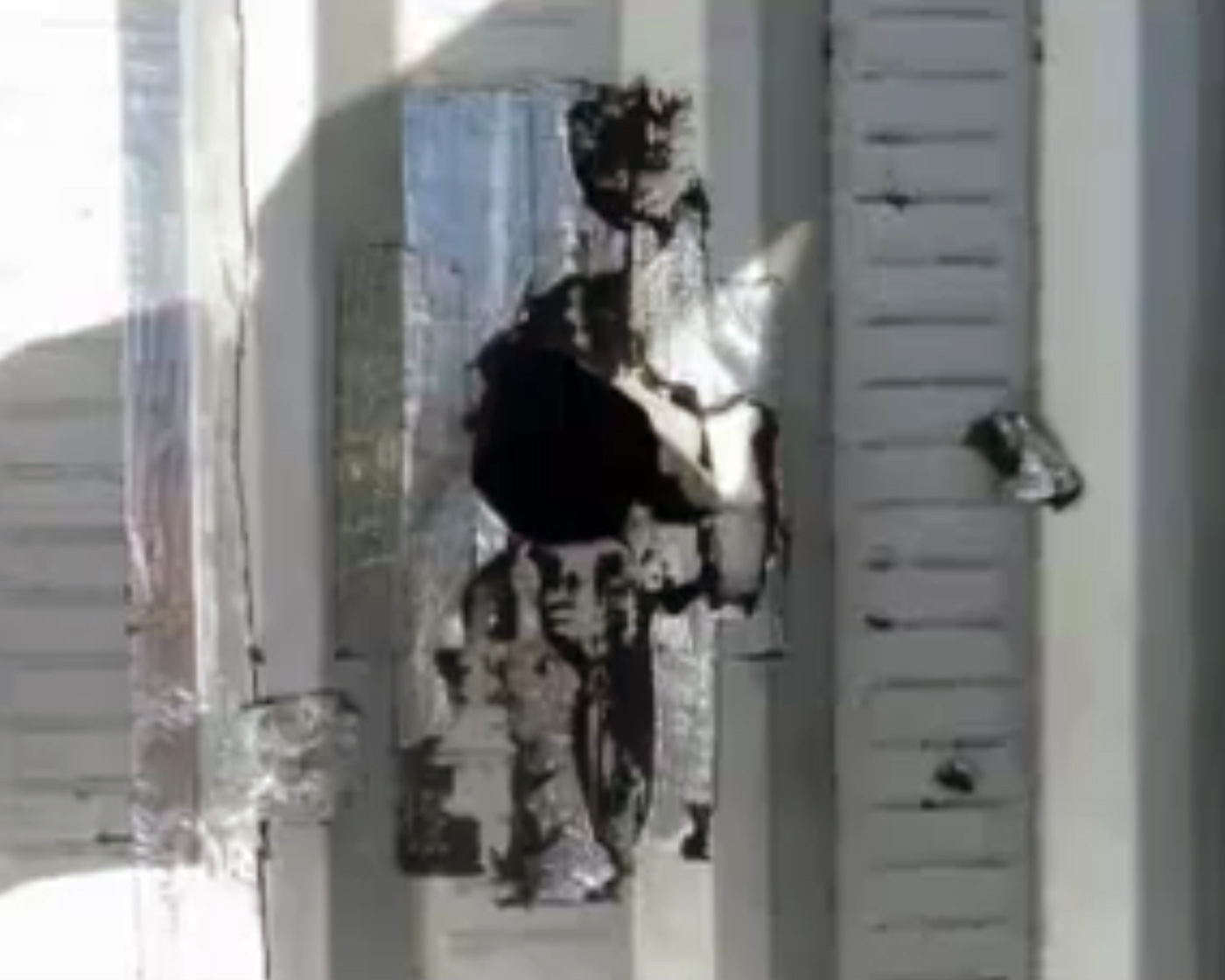 The impact hole in the roof, seen from outside. 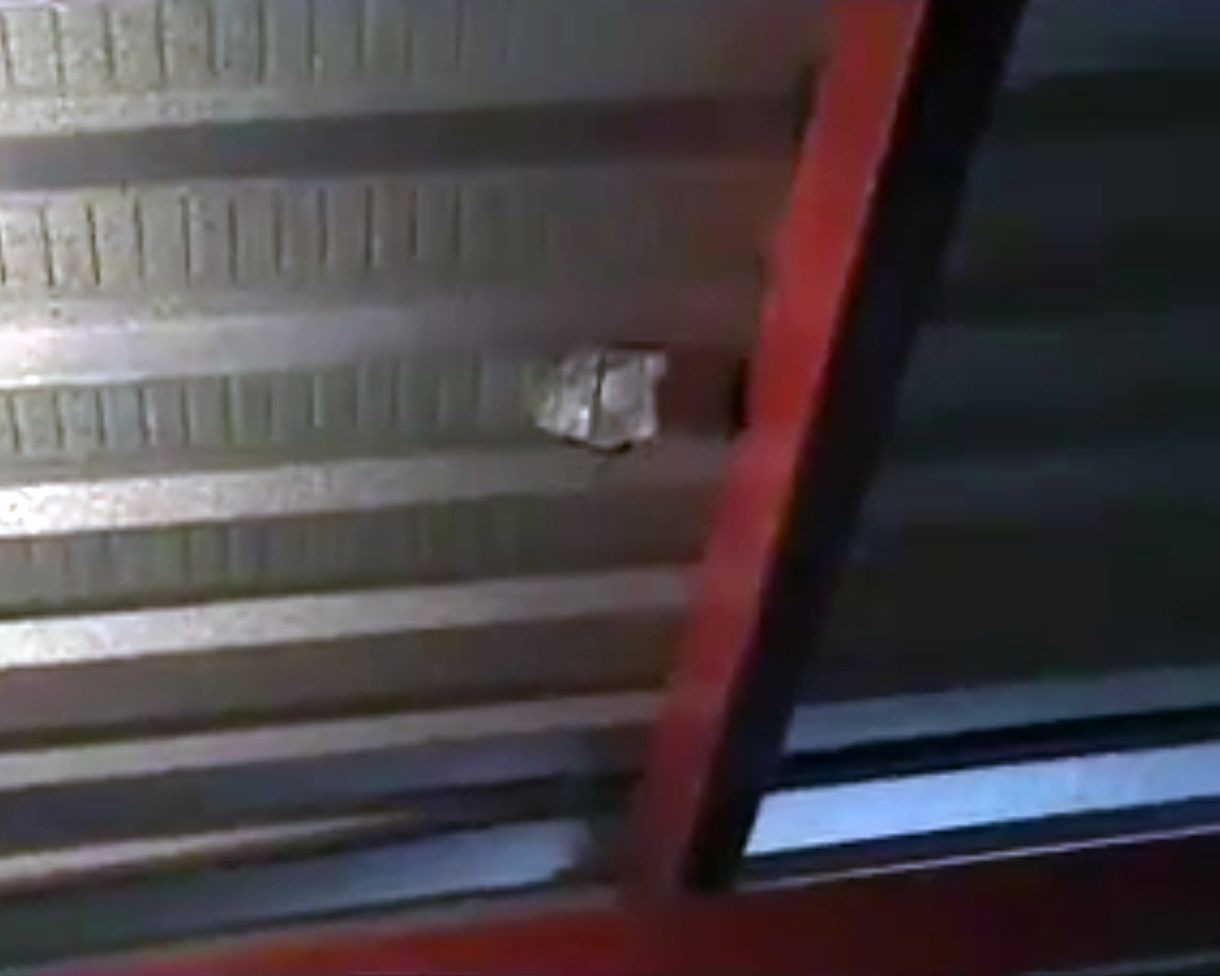 The fixed impact hole in the roof above the bed.