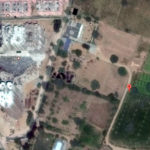 Exact fall location of the meteorite (up is north).

On 6 June 2017 at about 5:10-20 a.m. IST (UTC+05:30) a carbonaceous meteorite, apparently weighing ~ 3.15 kg in total, fell on the farmland of Banśī Bāgaṛā (बंशी बागड़ा) in the village Mukundpurā (मुकुन्दपुरा) ♫, about 14 km west-southwest of Jaipur (जयपुर) ♫, Rajastan, India. Many villagers saw the bolide for about five to six seconds, heard loud detonation sounds and felt the shock wave which some considered to be an earthquake. The bolide’s flare was apparently seen in a North-northwestern direction, other sources mention a western direction. The preliminary azimut of the bolide’s trajectory is officially given with N20°W and a trajectory angle of about 32°. A local villager found the meteorite in its ~ 15-cm-deep and ~ 45-cm-wide circular impact pit and informed the police office in Bhānkrota (भांकरोटा). On impact the meteorite, a CM chondrite, broke into two larger elongated and regmaglypted fragments (~ 15.25 cm and ~ 10.25 cm long), another larger one, several mid-sized ones and many smaller ones. The total weight of the officially recovered fragments is 2.23 kg. The matrix of larger fragments shows distinct lithologies which might show very well in X-ray microtomography data. The fall location is ~26.881481, 75.663954. Sandy impact ejecta mixed with smaller meteorite fragments could be found along the eastern and east-southeastern rim of the impact pit. The impact pit was covered with tarpaulins to protect it. A few hours after the fall, before noon, almost all of the meteorite fragments on the sandy surface in and around the impact pit were removed and brought to the Bhānkrota police station where they were presented to the media. Since the fragments were collected so soon after the impact they were hardly or not at all exposed to precipitation and thus remained rather pristine. This quality makes them particularly important for scientific research. The classification was done at the Physical Research Laboratory (PRL), Navrangpura, Ahmedabad. The main mass is kept at the Geological Survey of India. A sample of the meteorite has been registered at the National Meteorite Repository (NMR), GSI, Central Headquarters (CHQ), Kolkata with the registration number S-458. On 27 March 2018 the meteorite was registered as CM2 chondrite in the Meteoritical Bulletin Database with the official name Mukundpura.

“Mukundpura is a new CM chondrite fell near Jaipur, Rajasthan, India on June 6, 2017 at 5:15 IST. The fall was observed by local villager. According to eyewitness, the meteorite was fragmented into several pieces once the object hit the ground. Based on petrography, mineralogy and bulk composition, Mukundpura is classified as CM2 chondrite. The chondrules are mainly similar to type I (Olivine: Fo99). Olivines are often found associated with pyroxene (Wo10-35En62-87Fs2-7) phenocryst. However, occurrences of forsteritic and fayalitic olivine (Fa58-71) as isolated mineral clast in matrix are not uncommon. Other types of chondrules include porphyritic pyroxene (En86Fs14) and barred olivine (Fa32.7±0.3) clast. Chondrules are commonly rimmed by fine-grained accretionary dust mantles. Phyllosilicates are the most dominant secondary mineral in matrix and largely associated with poorly characterised phases (PCP). FeO/SiO2 and S/SiO2 of PCP are 2.7 and 0.4 respectively. Other phases in matrix generally include calcite (pure CaCO3), Fe-Ni metal and sulphides. Spinel and perovskite occur occasionally as inclusions. The spherical or elliptical shaped metals (within chondrule or in isolated grains) are low-Ni type (kamacite <7.5 wt%) and resembles the solar Ni/Co ratio. However, Ni content in metal rarely exceeds 8.5 wt% (up to 23 wt%, taenite). Pyrrhotite (Fe ∼62 wt%; S ∼38 wt%) and pentlandite (Fe ∼31–33 wt%, Ni ∼28–32 wt%, S ∼33 wt%)) are the common sulphides occur as isolated grains within the matrix, however, the former is the most dominant. The bulk chemical composition of Mukundpura is largely similar to other CM type chondrite (e.g. Paris CM). Based on petrography, we infer a modest aqueous alteration stage for Mukundpura while the effect of thermal metamorphism was negligible.!” 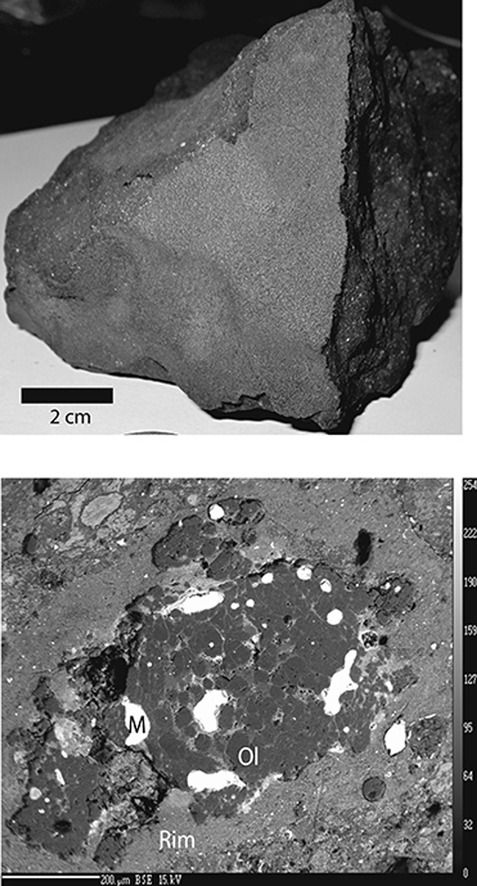 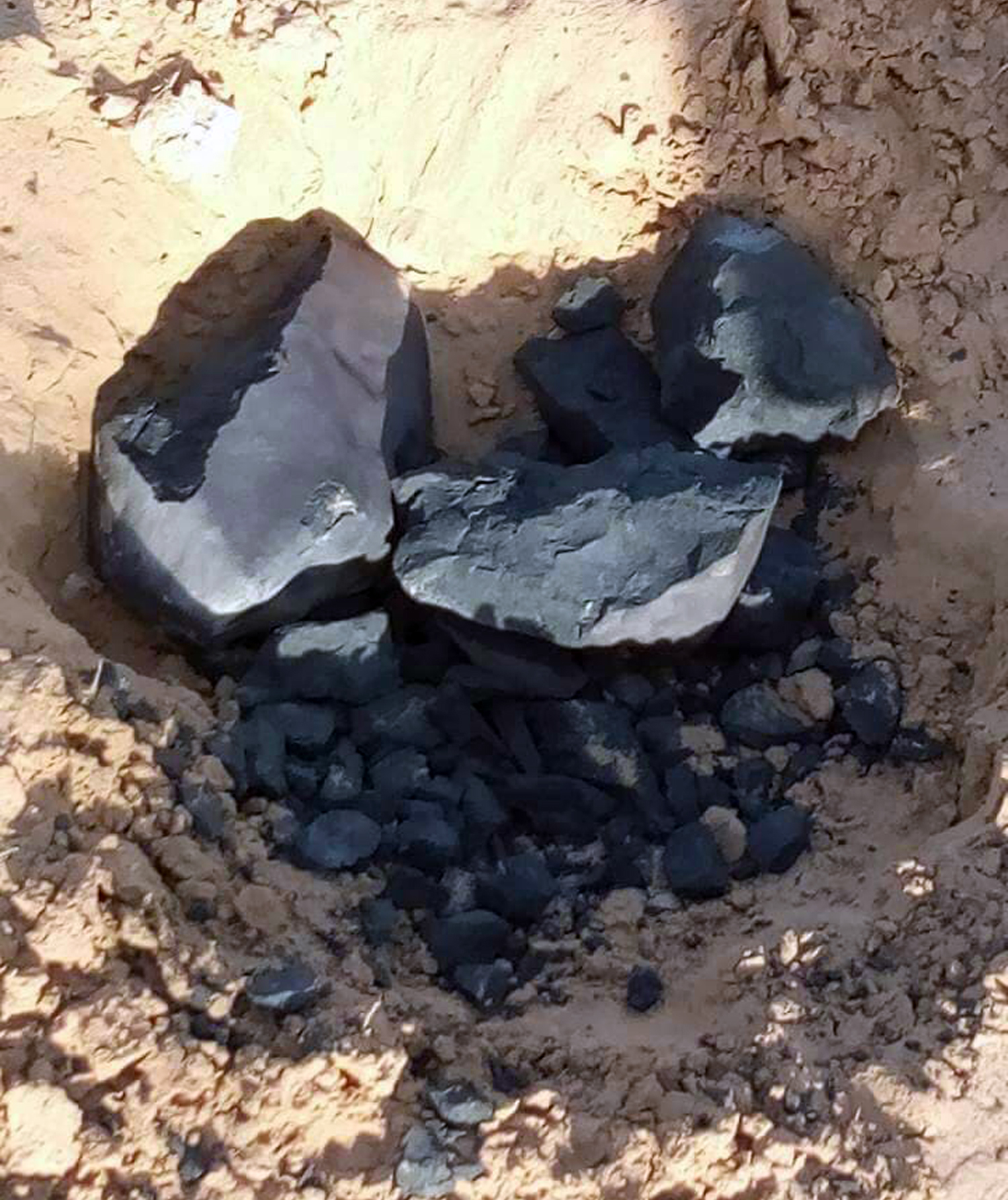 The broken meteorite inside the impact pit in the early morning light (up is west-northwest) Photo: Bhanu Sharma (published: 6 June 2017, 8:12). 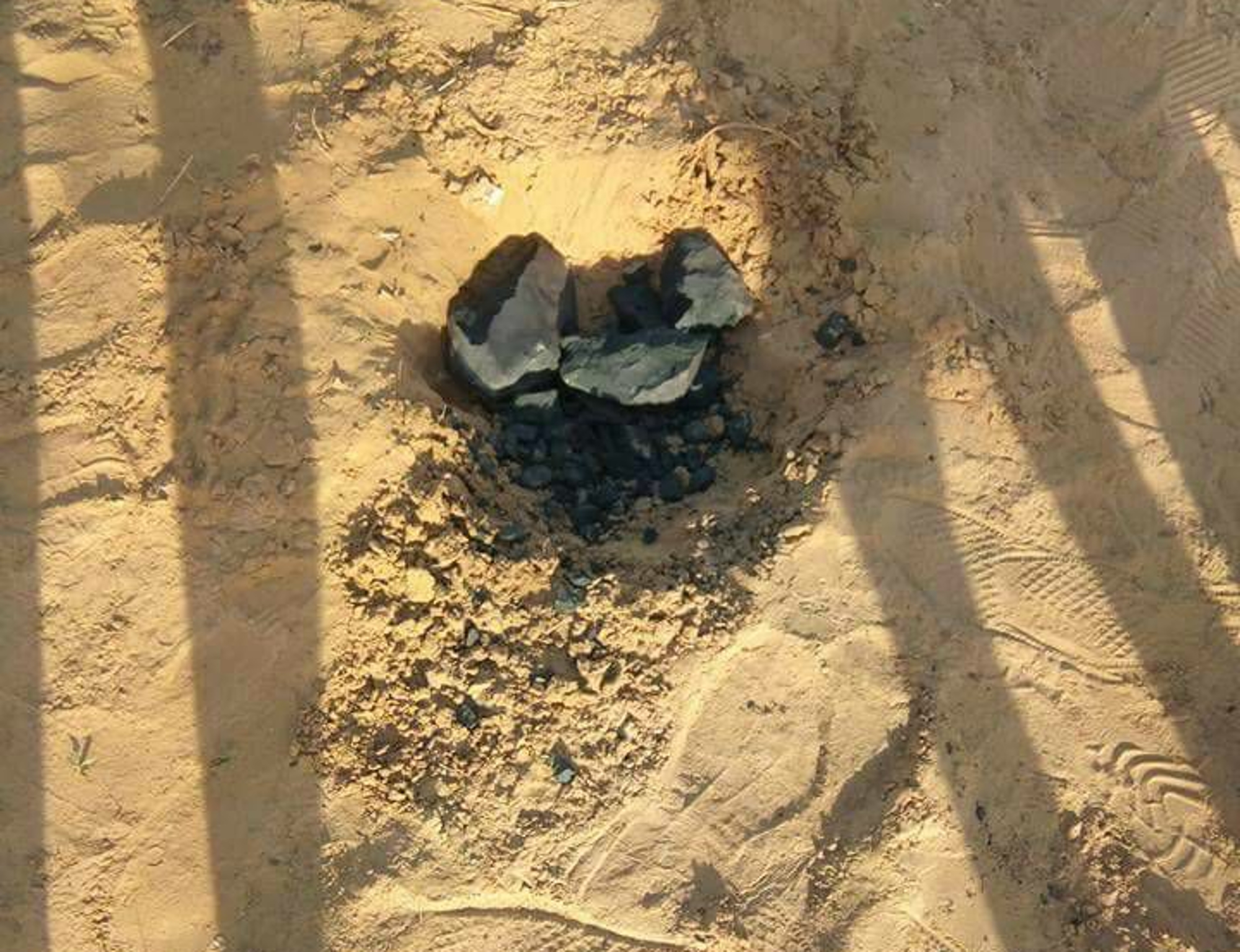 Meteorite inside the impact pit in the early morning light. (up is west-northwest) Photo: Bhanu Sharma (published: 6 June 2017, 8:12) 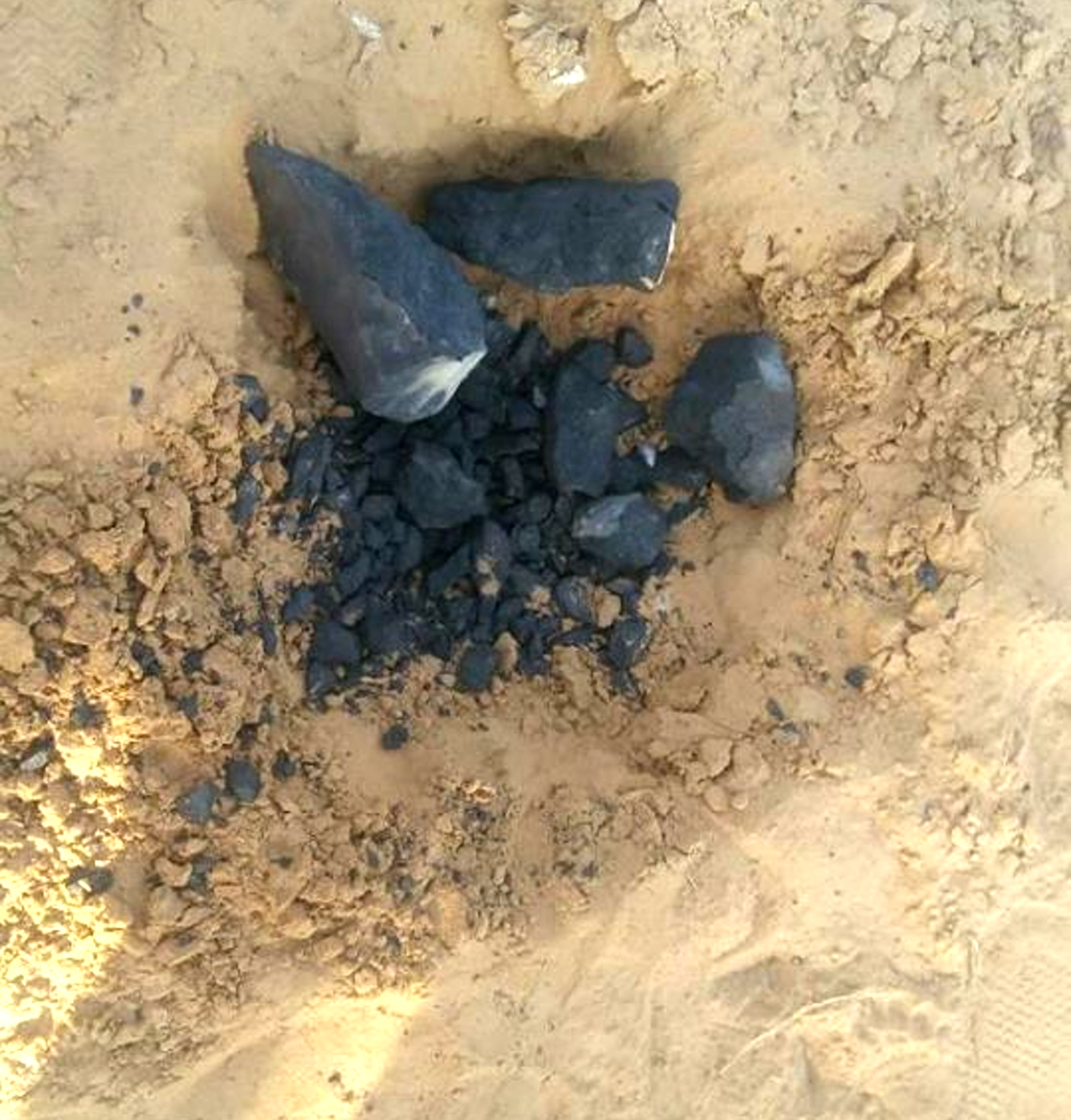 Later photo of meteorite fragments which have been moved inside the impact pit by the villagers. Photo: Nachhatar Pal (published 7 June 2017) 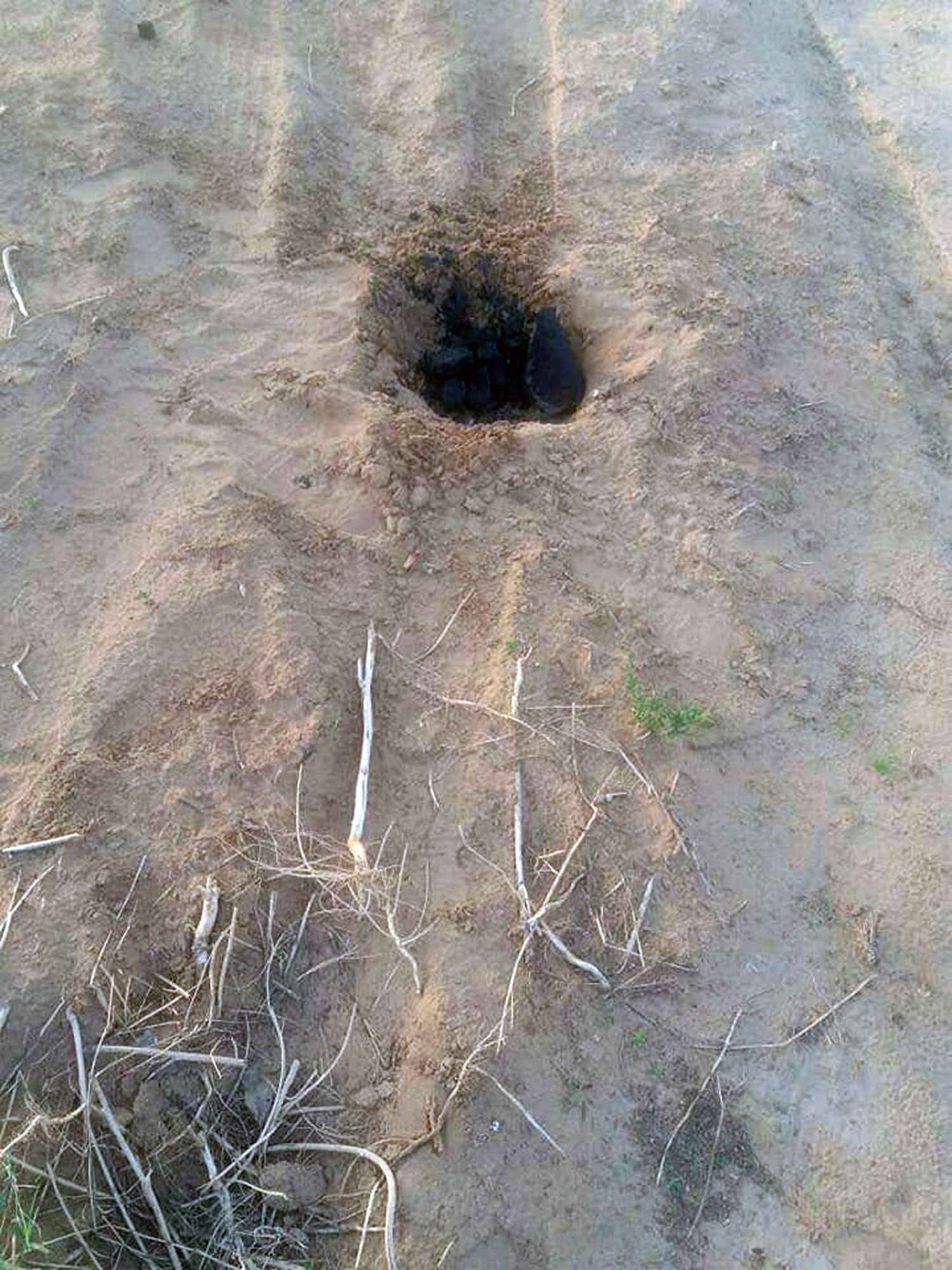 The meteorite in its impact pit (up is east-southeast). 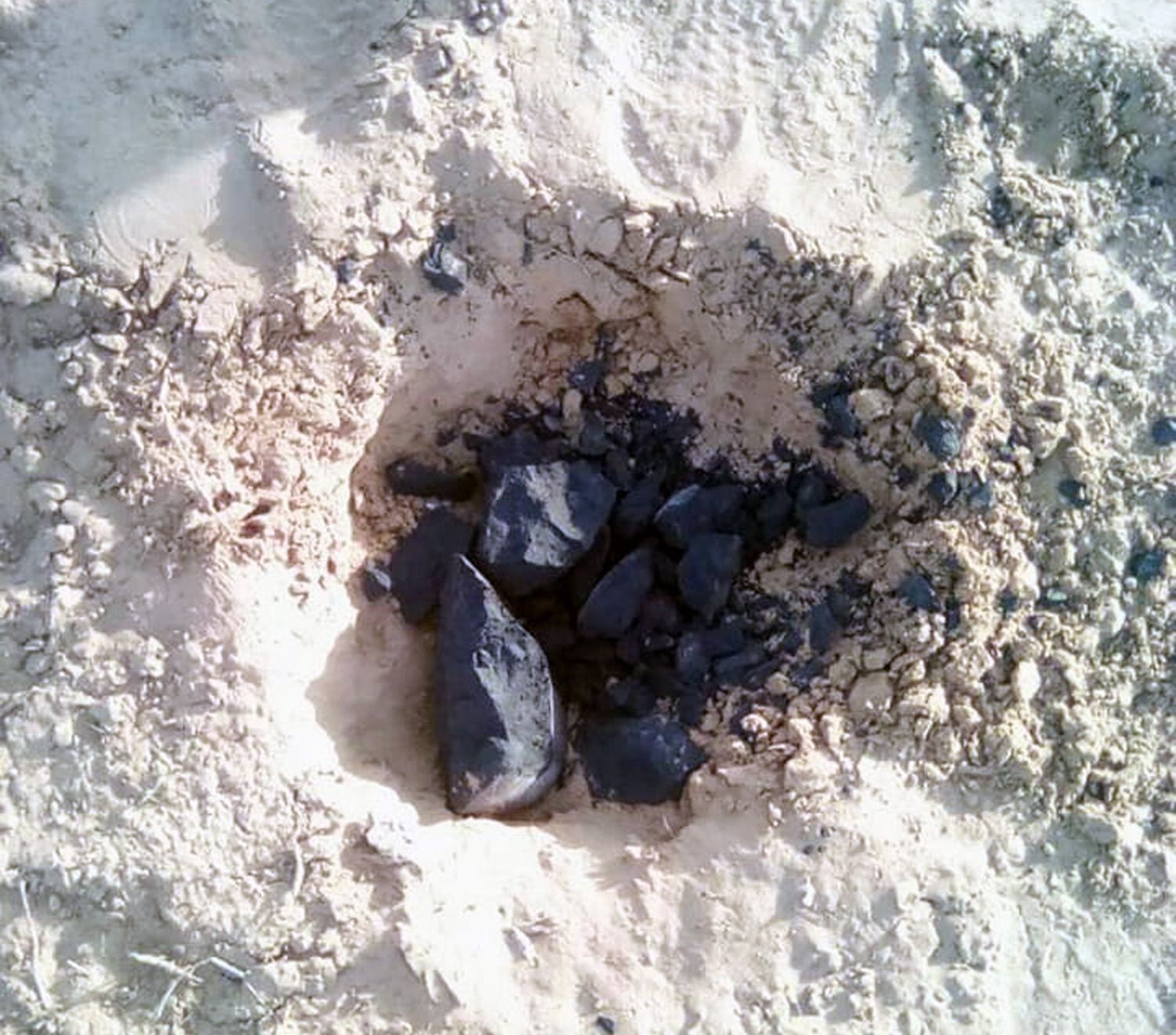 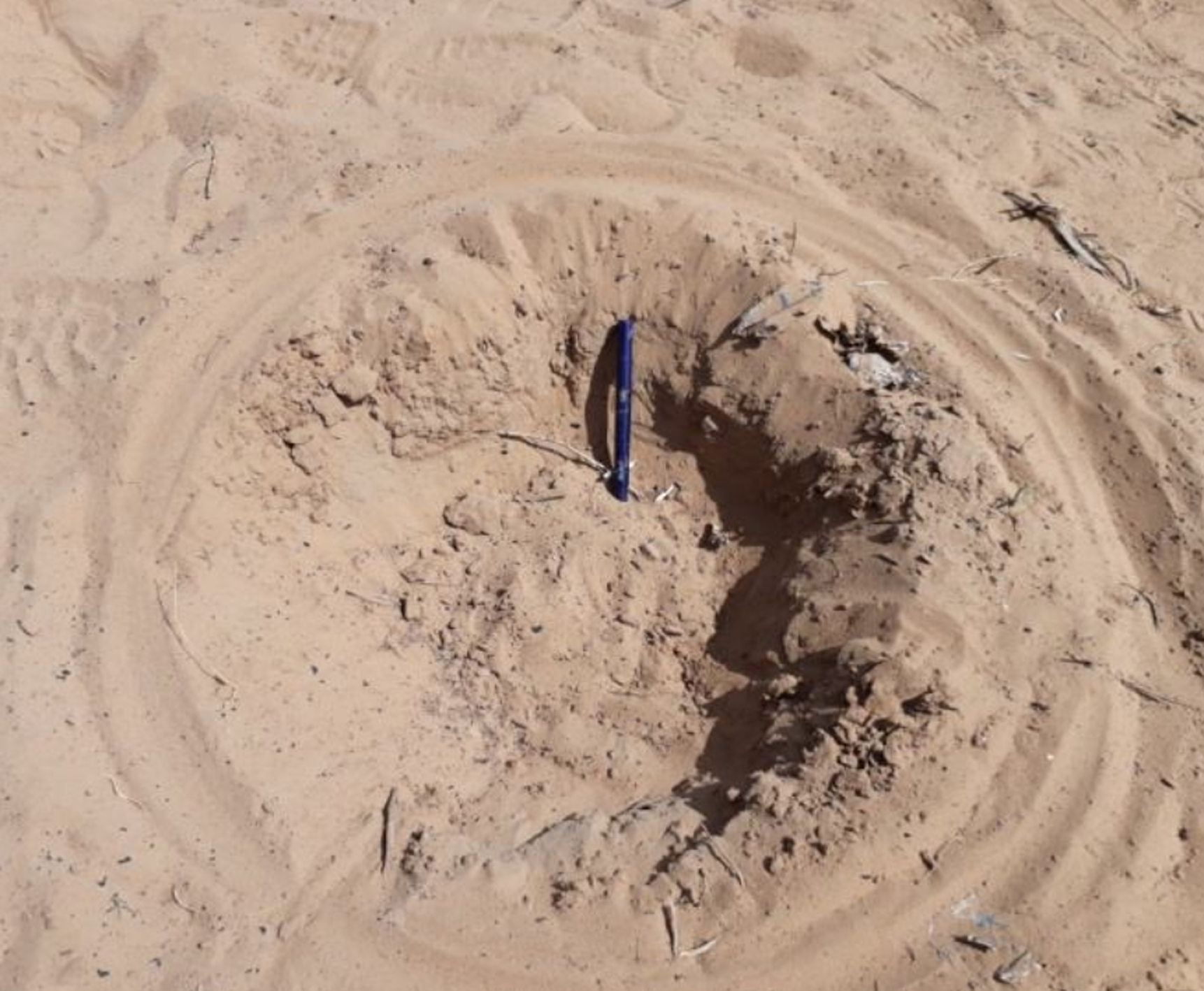 The rummaged impact pit after the removal of the meteorite fragments. Photo: GSI 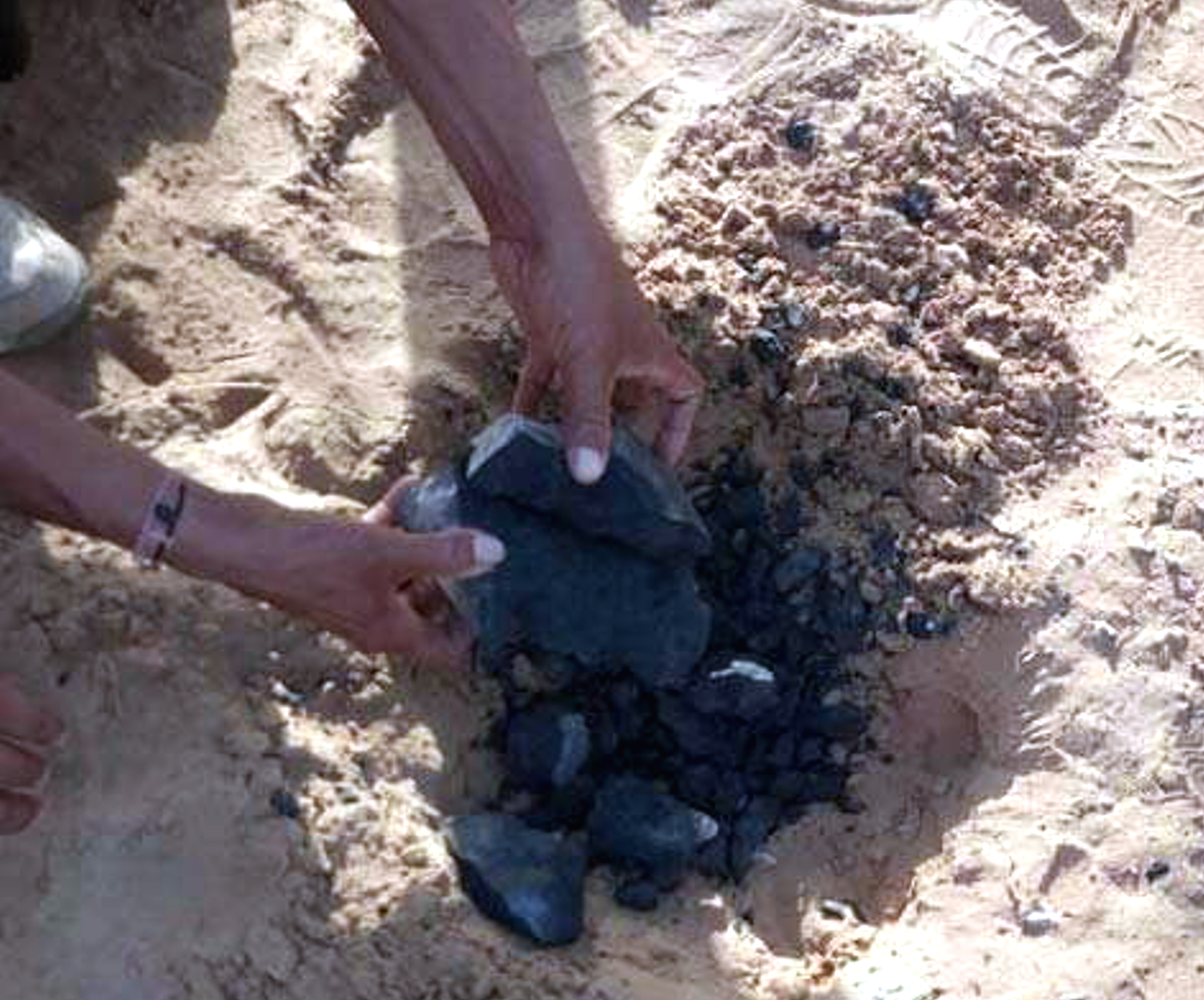 Villager trying to reconstruct the original shape of the meteorite by uniting the two largest meteorite fragments. Photo: bhaskar 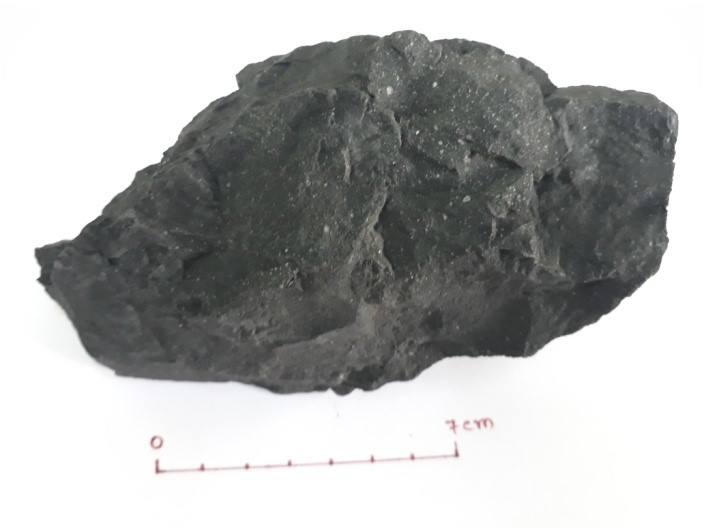 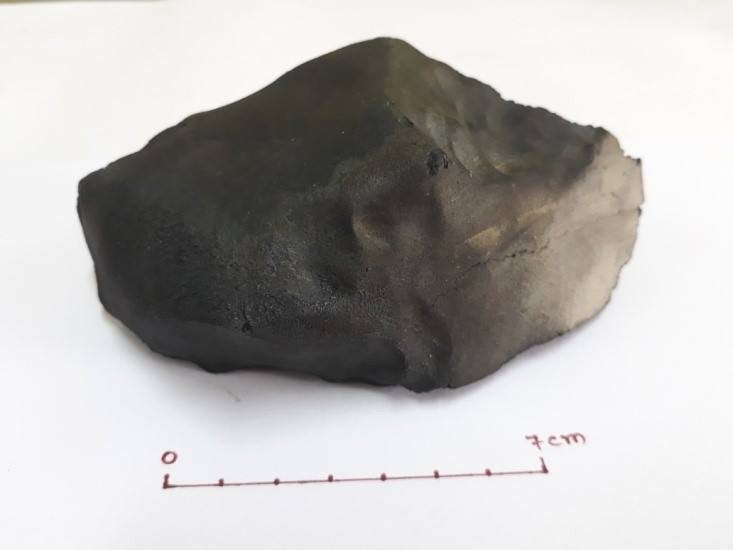 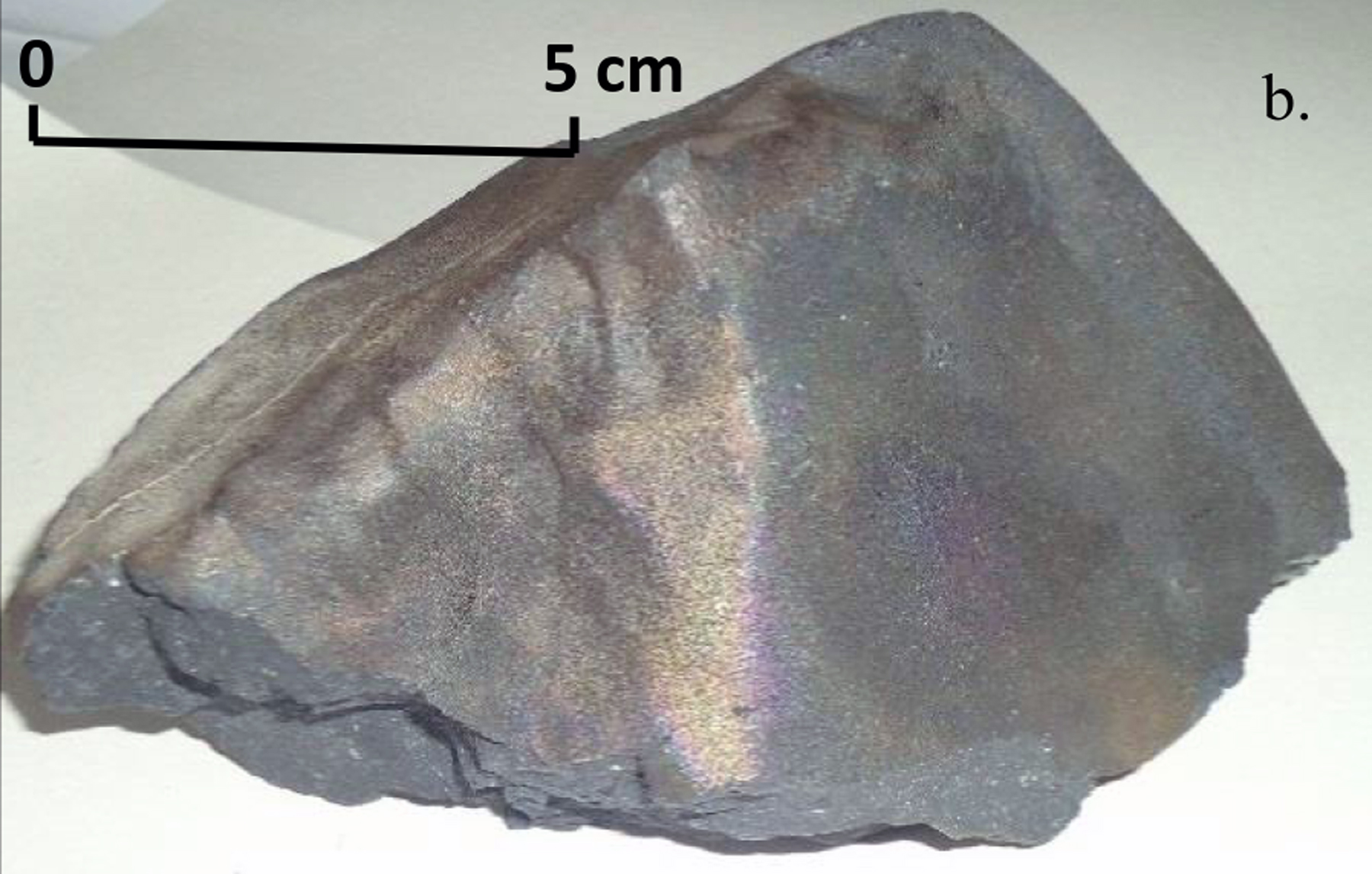 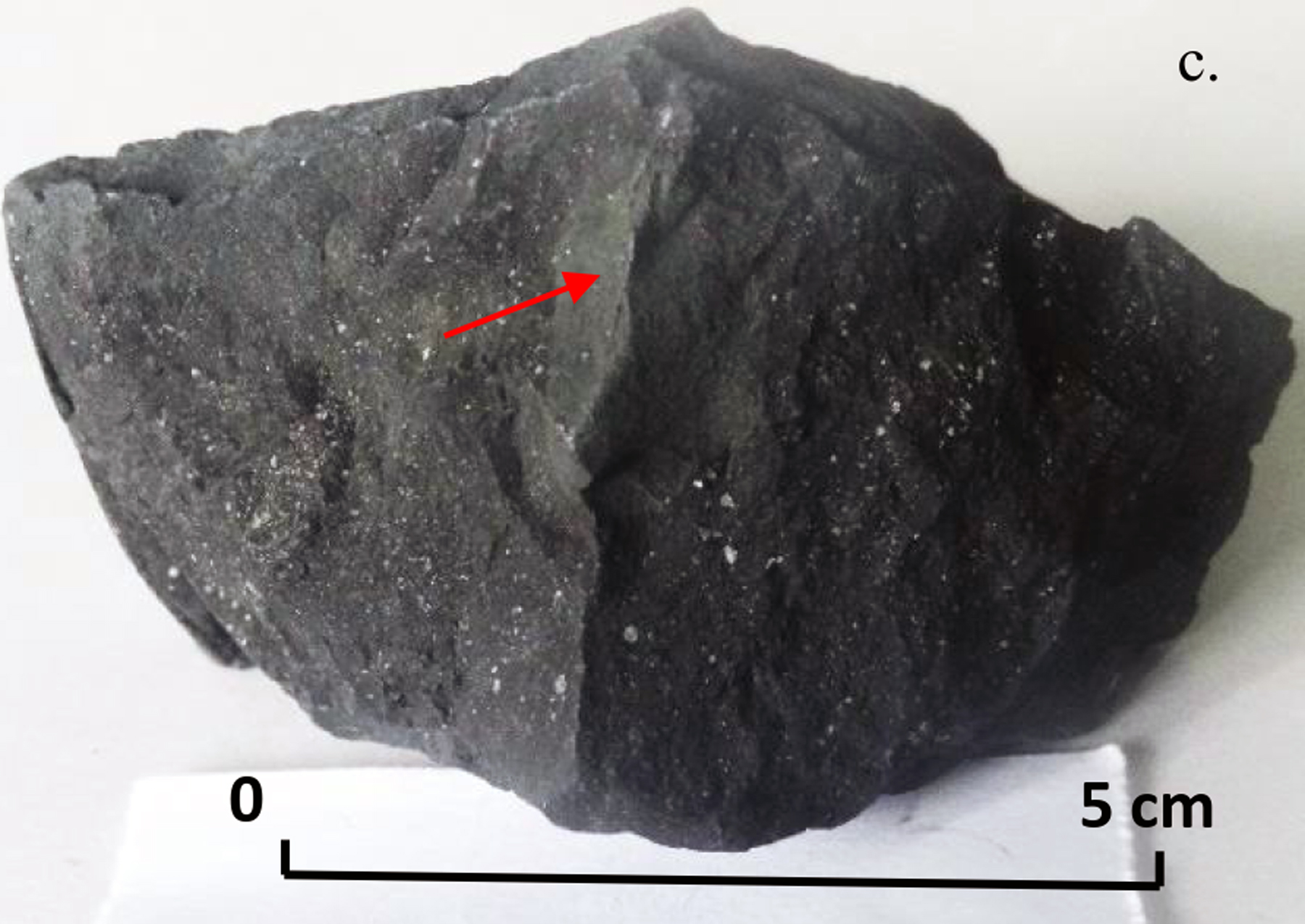 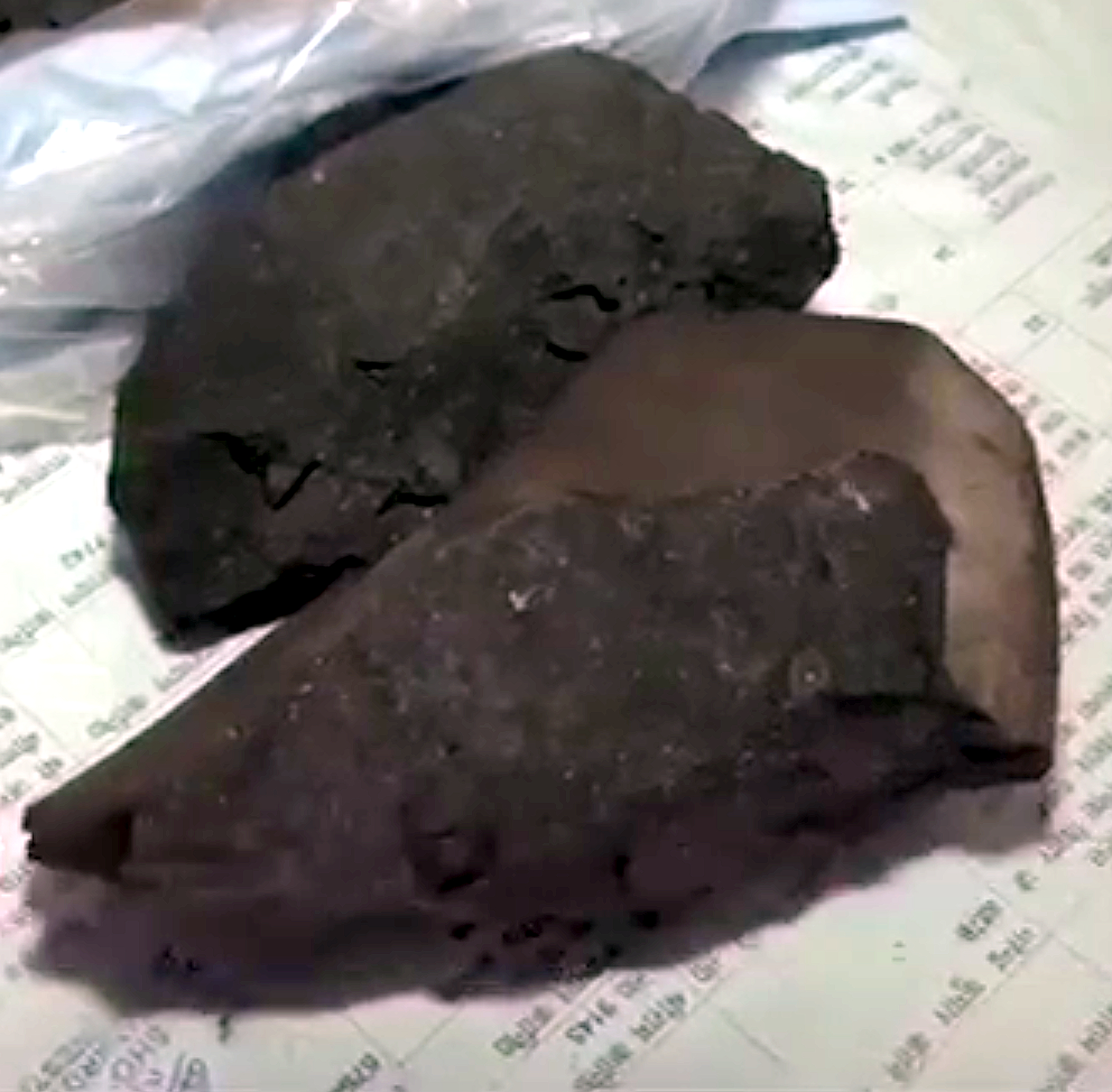 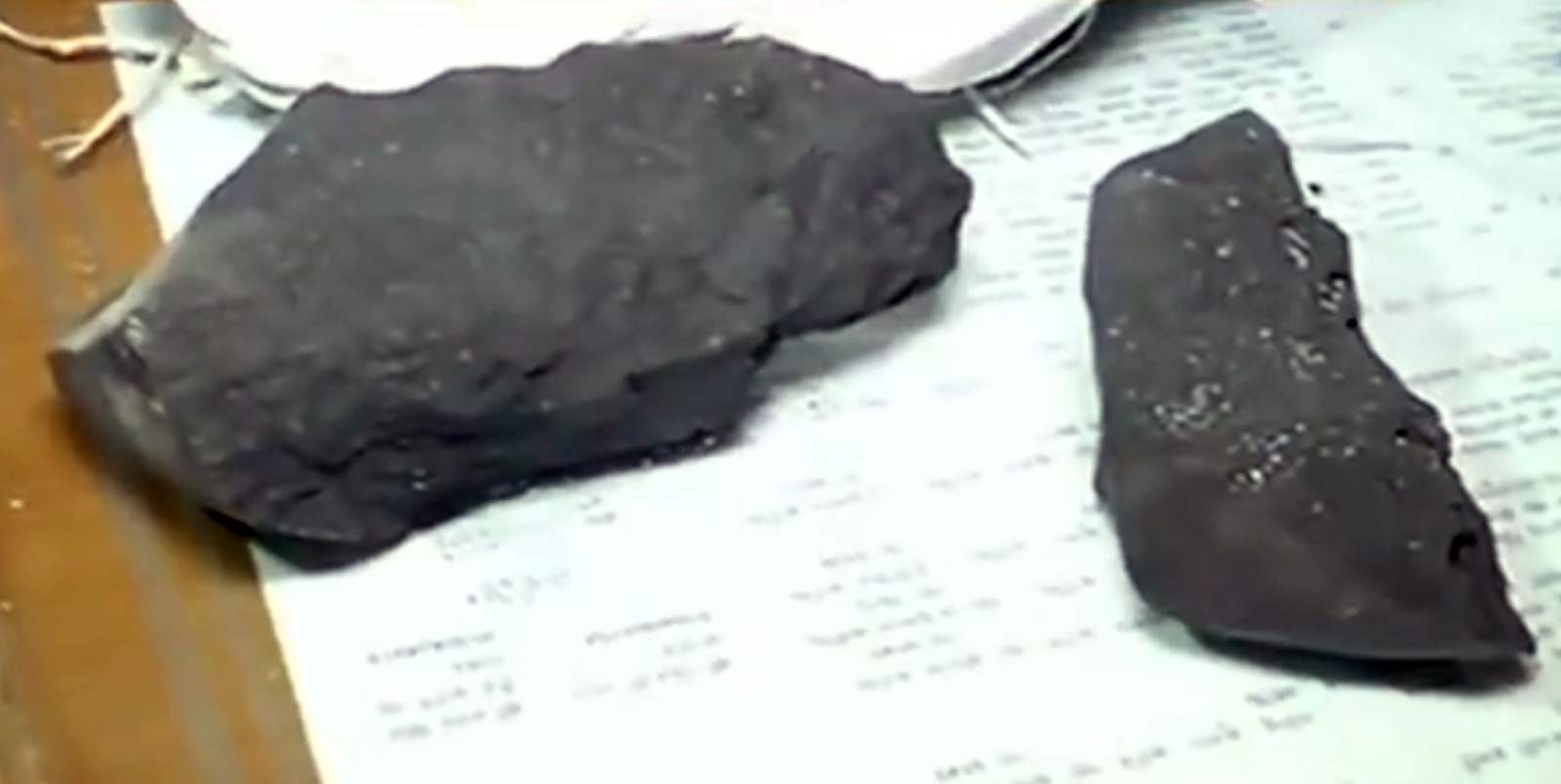 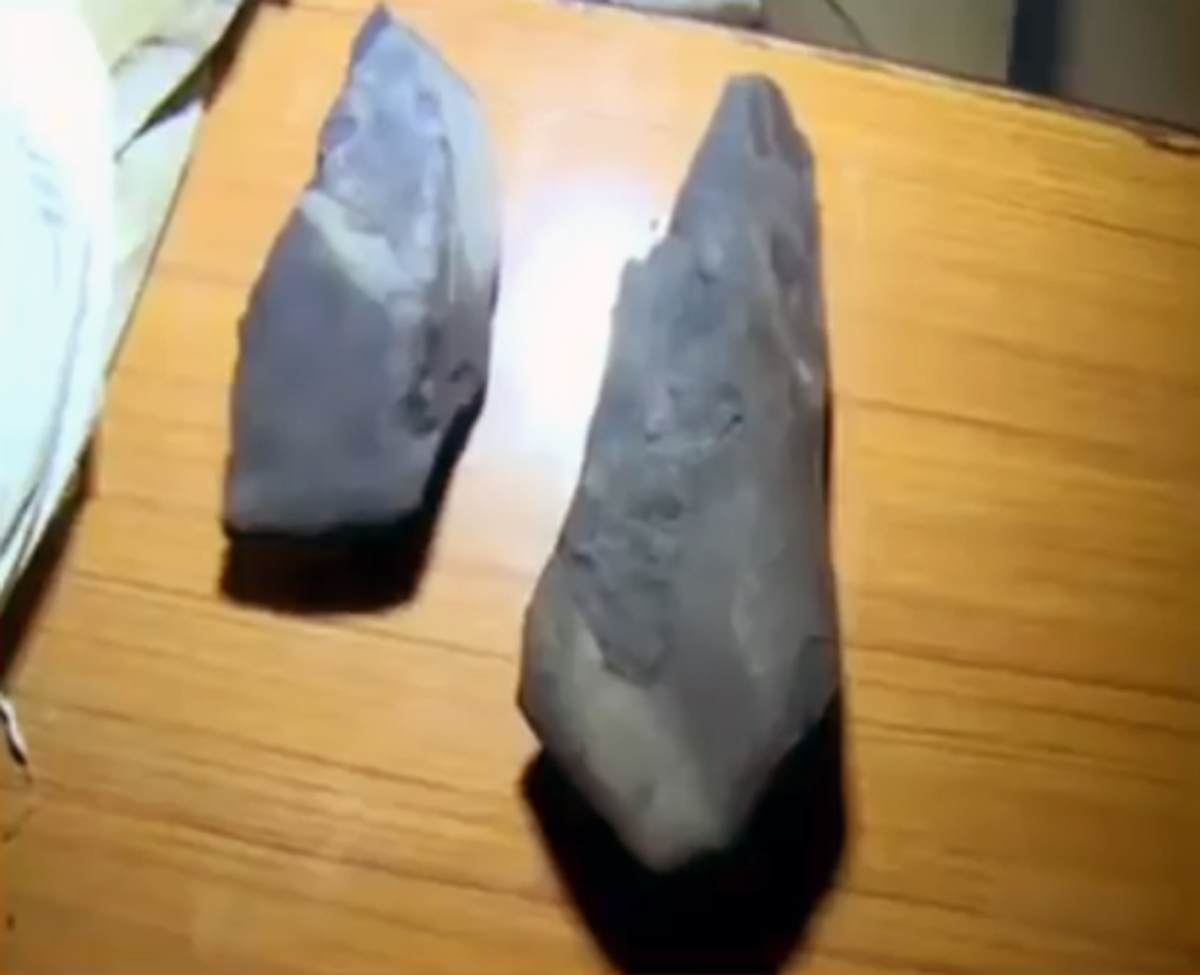 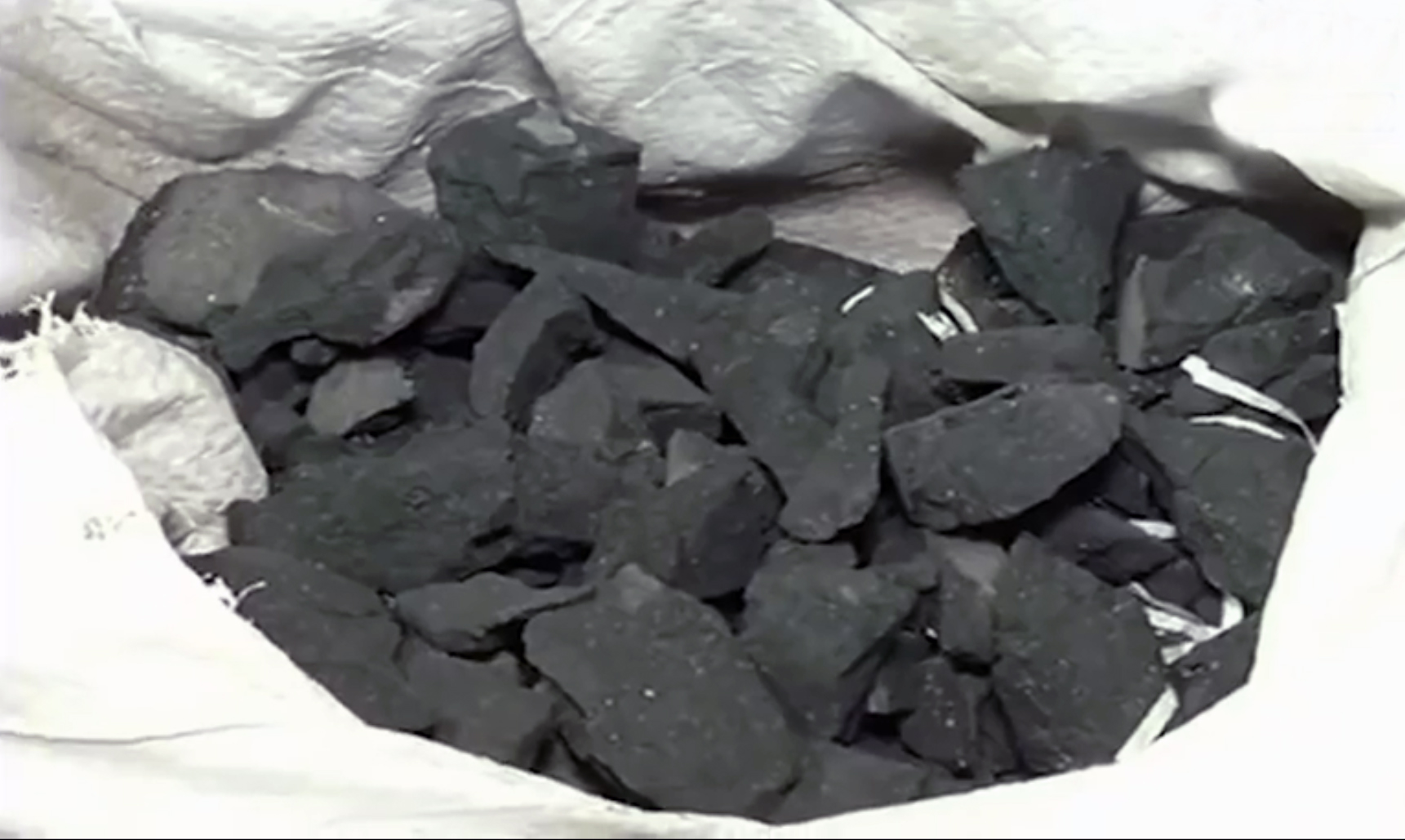 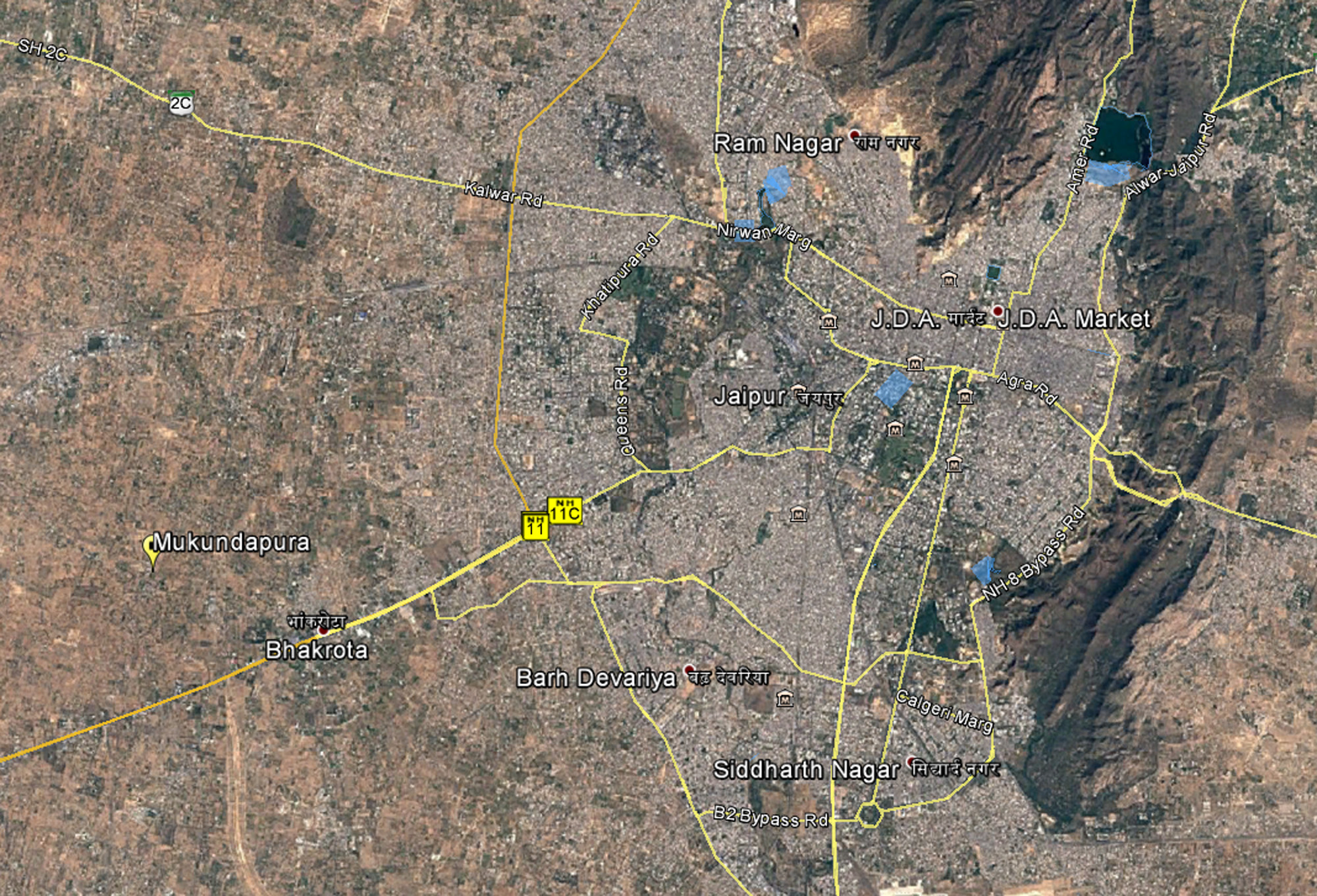 #celestial . A piece of #meteorite #dropped from the #sky in #jaipur #Science #Rajasthan #BREAKING #Archaeology pic.twitter.com/JIqiNJAsNV