At ~8.15 am on 23 June 2018, after five days of searching and on the last day of the planned search expedition, a team from Botswana, South Africa, Finland and the USA discovered the first Motopi Pan meteorite (17.92 grams) at location 21°14’55″S, 23°14’19″E in the northern part of Botswana’s Central Kalahari Game Reserve (CKGR) in Ghanzi district. The meteorite, named after a local watering hole, about 19.6 kilometres northwest of the find location, is an Howardite (HED polymict breccia) and was found by geologist Lesedi Seitshiro (BIUST) who had joined the search expedition as a volunteer. On the 17 June 2018 the search team of ORI and SETI (three persons in one car) joined the search team of BIUST and BGI (nine persons in three cars) in Maun. The joined search team was lead by Alexander Proyer (BIUST) and consisted of geoscientists from Botswana International University of Science and Technology (BIUST), Botswana Geoscience Institute (BGI) and University of Botswana’s Okavango Research Institute (ORI), including Peter Jenniskens (SETI), Professor Roger Gibson (Head of School at the School of Geosciences at the University of the Witwatersrand in Johannesburg, South Africa) and Tomas Kohout (FFN / University of Helsinki). The meteorite fell during the 2 June bolide of asteroid 2018 LA (ZLAF9B2) over South Africa and Botswana at 18:44:01.59-11.77 local time (UTC+2). The main flare of the bolide happened at 16:44:11.5 ± 3.0s UTC at an altitude of 27.8 ± 0.9 km above location 23.287 ± 0.057° E, 21.251 ± 0.007° S. The potential strewn field had been calculated independently by a team consisting of members of the SETI Institute in California and by Esko Lyytinen and Jarmo Moilanen of the Finnish Fireball Network (FFN). The results of the analyses were found to be almost identical and then combined. The calculated 90-km² strewn field was reported to be about 2 km wide and and 45 km long, crossing one of the main roads between the northern and the central part of the CKGR. The first Motopi Pan meteorite was found in the area of the calculated strewn field where small meteorites the size of the found specimen had been expected. Before the search expedition Jenniskens and Oliver Moses (ORI) had gathered available security surveillance videos in Rakops (118.2 km from location (ground) of main flare) and Maun (139.2 km from location (ground) of main flare), Botswana. Especially the indoor video from Rakops turned out to be useful for analysis. The available images were calibrated based on background stars by Jim Albers. Tim Cooper of the Astronomical Society of South Africa (ASSA) calibrated the videos to the south. Based on the calibrated video camera footage from Ottosdal (South Africa), Gaborone, Maun, Rakops and Ghanzi the meteoroid’s main disruption flare at an altitude of 27.8 ± 0.9 kilometres was triangulated and the potential fall area was calculated. Jelle Assink and Laslo Evers of the Royal Netherlands Meteorological Institute (KNMI) provided the important atmospheric wind data for the dark flight analysis. The calculated pre-atmospheric orbit is consistent with a Vesta origin. The cosmic ray exposure age of the meteoroid was calculated to be 23 ± 4 million years. Between June and October 2018 other search expeditions were done but did not result in any meteorite finds. During the sixth expedition in October (9-12) 2018 another 22 smaller meteorites (0.51 – 13.2 g) were found. Motopi Pan meteorite #2 (4.28 g) was discovered by Mohutsiwa Gabadirwe (Botswana Geoscience Institute). On 31 March 2019 the Meteoritical Society approved the Botswana Geoscience Institute (BGI) as an official meteorite repository and long-term curation facility. On 7 November 2020 Thato Makgane (BFP), participant of another expedition led by Fulvio Franchi from BIUST found a 92.3175-gram specimen, which is the largest mass of the Motopi Pan fall so far. Meteorites found in Botswana (as ‘relics’) are protected under Botswana law (Volume: XIII, Monuments and Relics, Chapter: 59:03) and must not be removed or exported according to Mohutsiwa Gabadirwe‚ senior curator of the Botswana Geoscience Institute. The search for more meteorites might continue. A second search team included Dr Fulvio Franchi (BIUST) and Tomas Kohout (FFN / University of Helsinki). Found meteorites will be curated at the Botswana National Museum and might be presented at BGI’s planned Geological Museum and Education Centre. A research consortium has been established consisting of scientists from Botswana‚ South Africa‚ Finland‚ and the USA. On 23 April 2021 the fall was officially registered in the Meteoritical Bulletin database as confirmed fall Motopi Pan (Howardite).

The bolide’s luminous trail, its main flare, the find location of the 92-gram mass and the locations of four of the five cameras used for the triangulation. Image: karmaka, based on Jenniskens et al., published on 23 April 2021.

The impact and recovery of asteroid 2018 LA 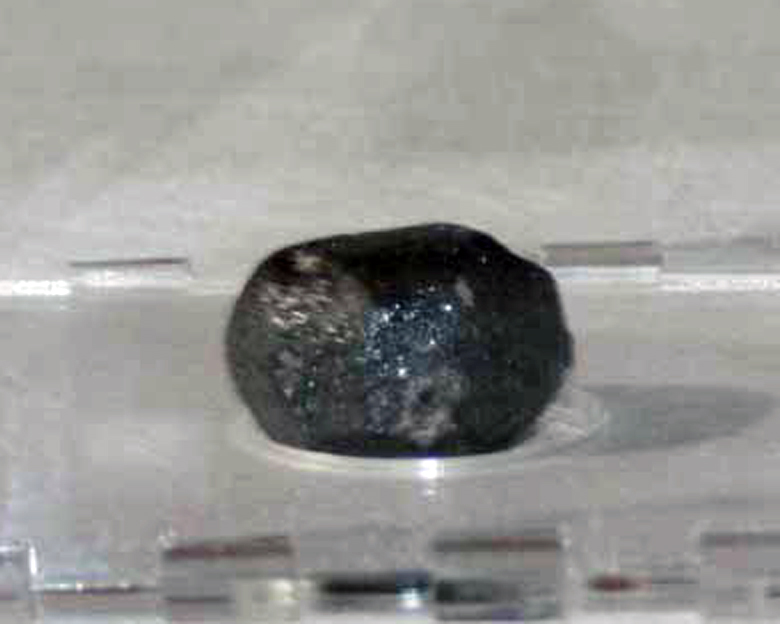 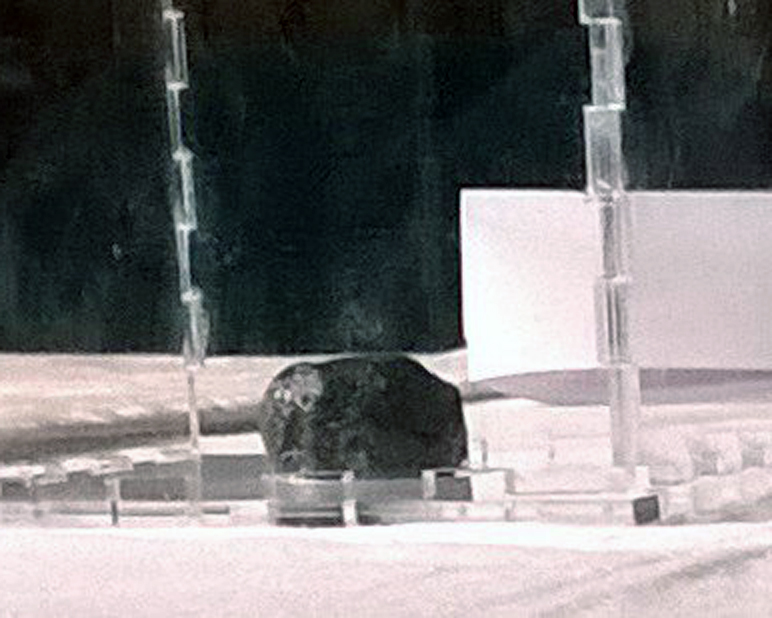 The bolide of asteroid 2018 LA