“Highlight
• Isheyevo is the first meteorite that shows prominent macroscopic sedimentary laminations.
• It shows structural features indicative of gentle sweep-up from an impact plume.
• Sweep-up occurred at velocities of between 30 and 200 m/s.
• The sediment was compacted under low temperatures, producing faults and load structures.
• The metal grains show structures indicative of low-temperature deformation.
• Isheyevo broadens our understanding of early Solar System accretion processes.”

“Prominent macroscopic sedimentary laminations, consisting of mm- to cm-thick alternating well-sorted but poorly mixed silicate-rich and metal-rich layers cut by faults and downward penetrating load structures, are prevalent in the Isheyevo (CH/CBb) carbonaceous chondrite. The load structures give the up direction of this sedimentary rock that accumulated from in-falling metal- and silicate-rich grains under near vacuum conditions onto the surface of an accreting planetesimal. The Isheyevo meteorite is the end result of a combination of events and processes that we suggest was initiated by the glancing blow impact of two planetesimals. The smaller impactor was disrupted forming an impact plume downrange of the impact. The components within the plume were aerodynamically size sorted by the nebular gas and swept up by the impacted planetesimal before turbulent mixing within the plume could blur the effects of the sorting. This plume would have contained a range of materials including elementally zoned Fe-Ni metal grains that condensed in the plume to disrupted unaltered material from the crust of the impactor, such as the hydrated matrix lumps. The juxtaposition of hydrated matrix lumps, some of which have not been heated above 150°C, together with components that formed above 1000°C, is compelling evidence that they were swept up together. Sweep-up would have occurred as the rotating impactor moved through the plume producing layers of material: the Isheyevo sample thus represents material accumulated while that part of the rotating planetesimal moved into the plume. Vibrations from subsequent impacts helped to form the load structures and induced weak grading within the layers via kinetic sieving. Following sweep-up, the particles were compacted under low static temperatures as evidenced by the preservation of elementally zoned Fe-Ni metal grains with preserved martensite α2 cores, distinct metal-metal grain boundaries, and metal-deformation microstructures. This meteorite provides evidence of gentle layer-by-layer accretion in the early Solar System, and also extends the terrestrial sedimentary source-to-sink paradigm to a near vacuum environment where neither fluvial nor aeolian processes operate.” 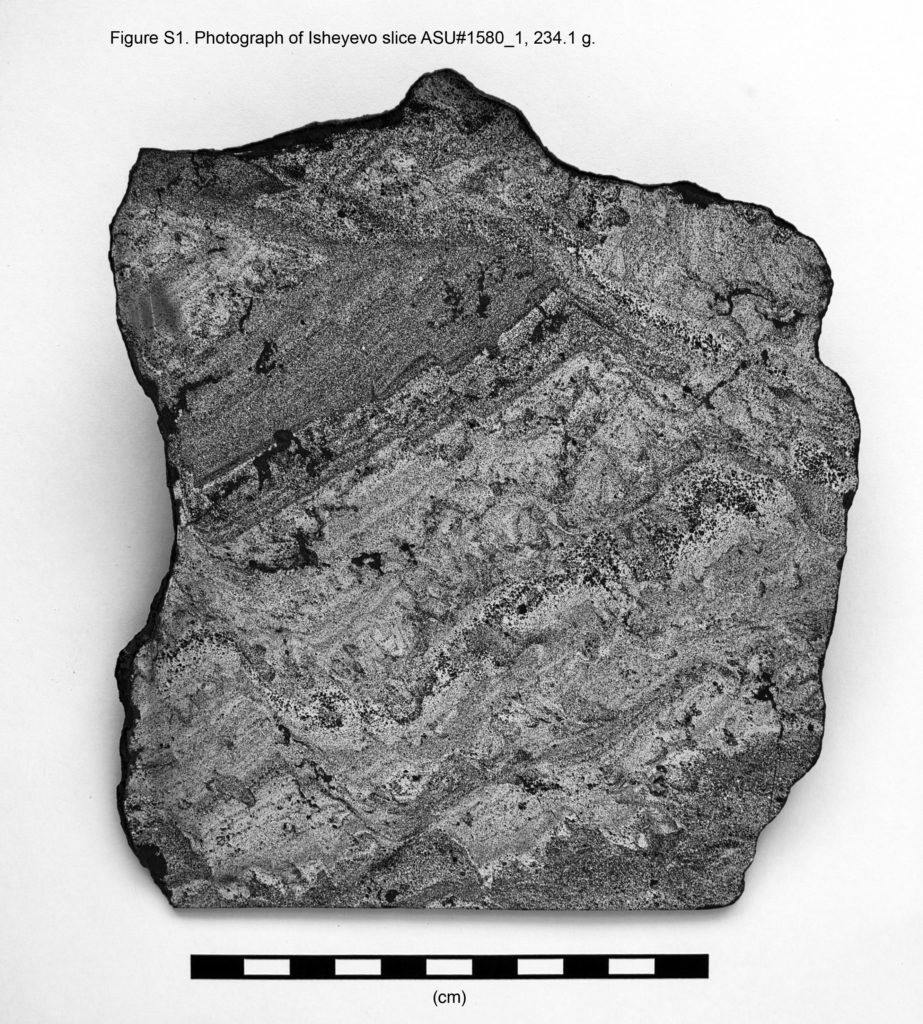 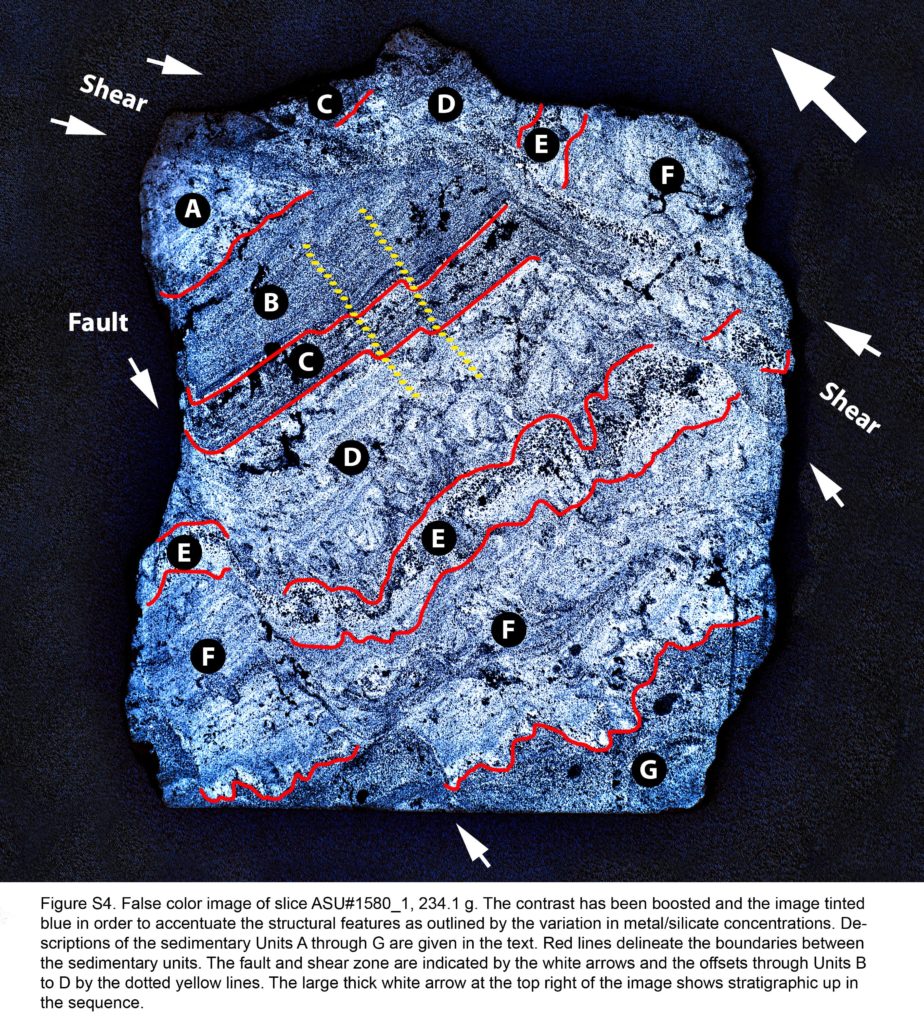 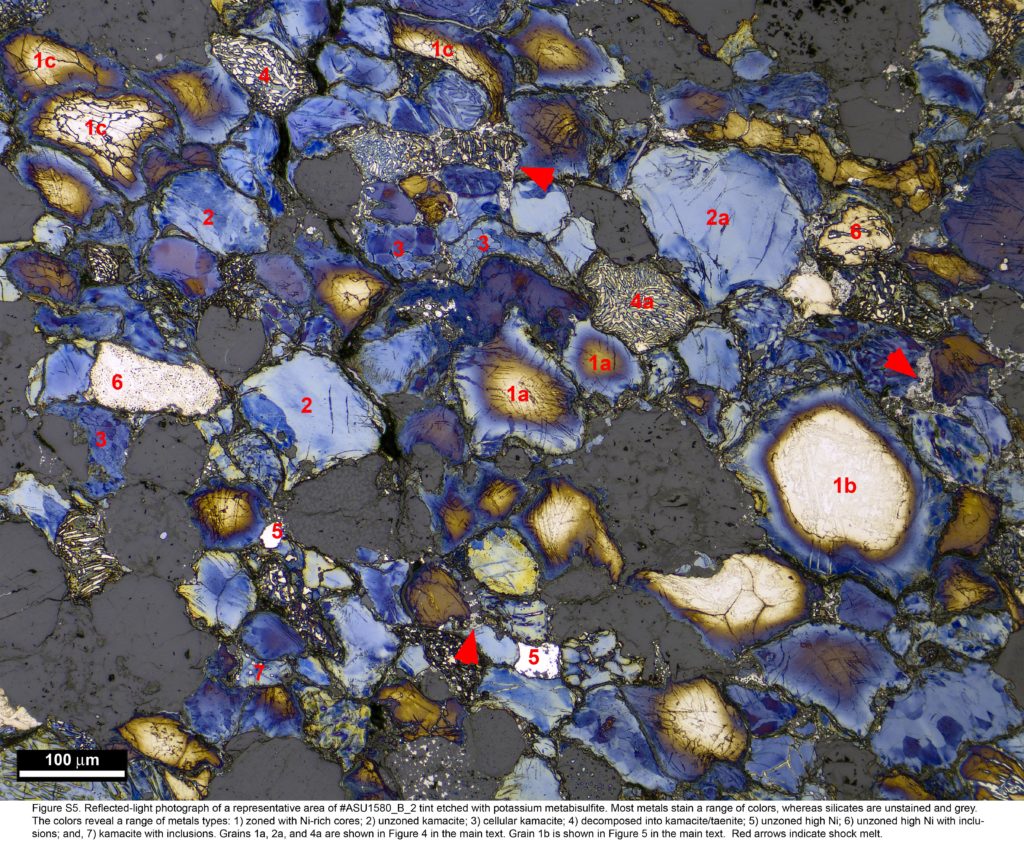