Project ‘Help us to get the Moon!’ has ended

Thank you very much to all who have contributed!

(Contributors will receive a full refund of their contribution.) 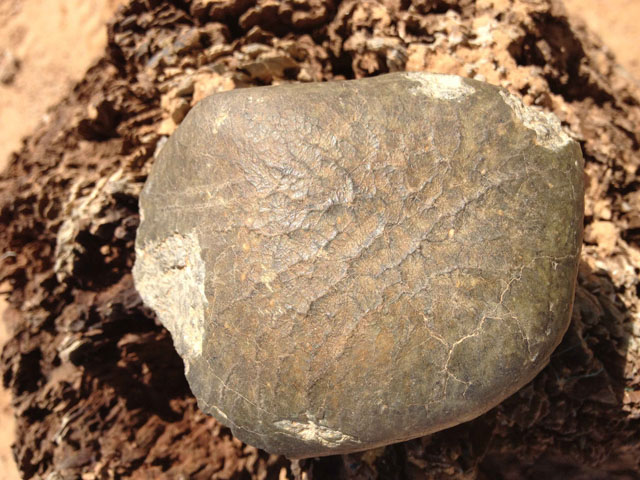 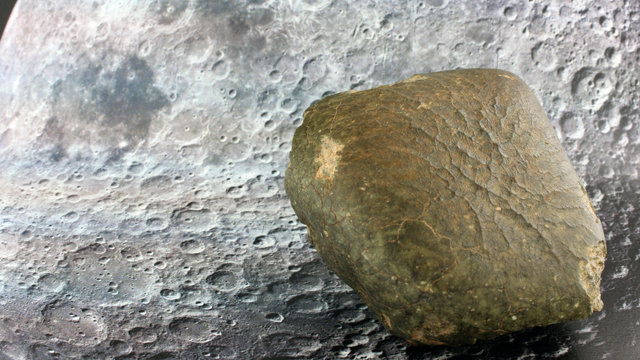 THE STORY OF Oued Awlitis 001

“In January 2014 a group of eight people traveling in two cars were returning northward after an unsuccessful meteorite hunting trip to southern Morocco, when they stopped near Oued Awlitis to cook dinner by the roadside. During a search for firewood, Mr. Zaid Oussaid found a buried piece of dead tree trunk, but he could not excavate it by hand. With the use of a pickaxe he was able to pull the wood out of the ground, but he then noticed beside it in the cavity a flat ellipsoidal, brownish gray rock coated by glossy translucent crust with anastomozing wrinkle ridges. Upon returning to his home (at Dwar Ait Gazo, 30 km west of Tagounite), Mr. Oussaid showed the 382 g specimen to Mr. Mohamed Aid, who organized a return trip to the find site on February 21, 2014, and after a search of the area an additional 50.5 g piece which fits exactly onto the main stone was found about 50 m away.”*