More information on this fall can be found HERE 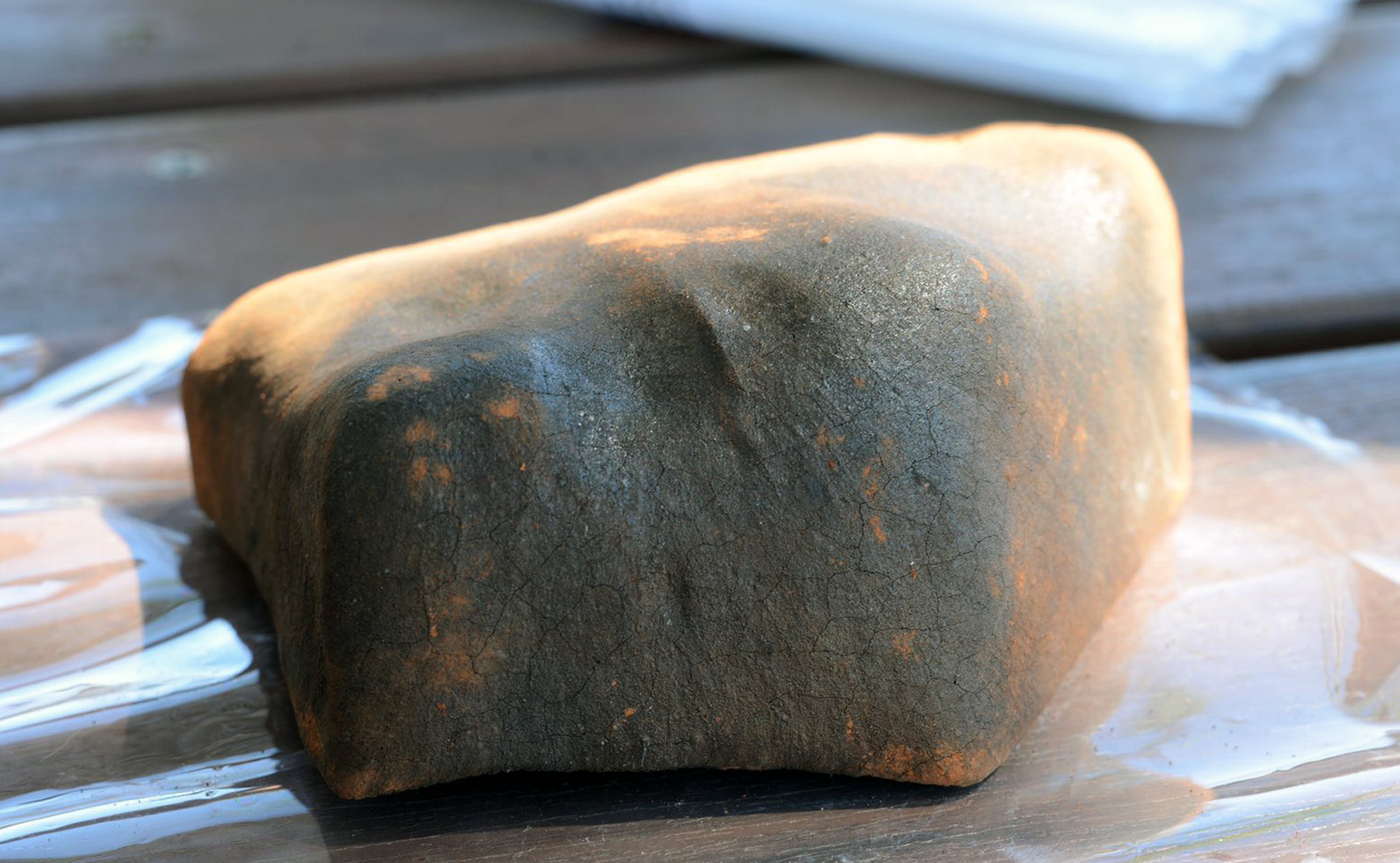 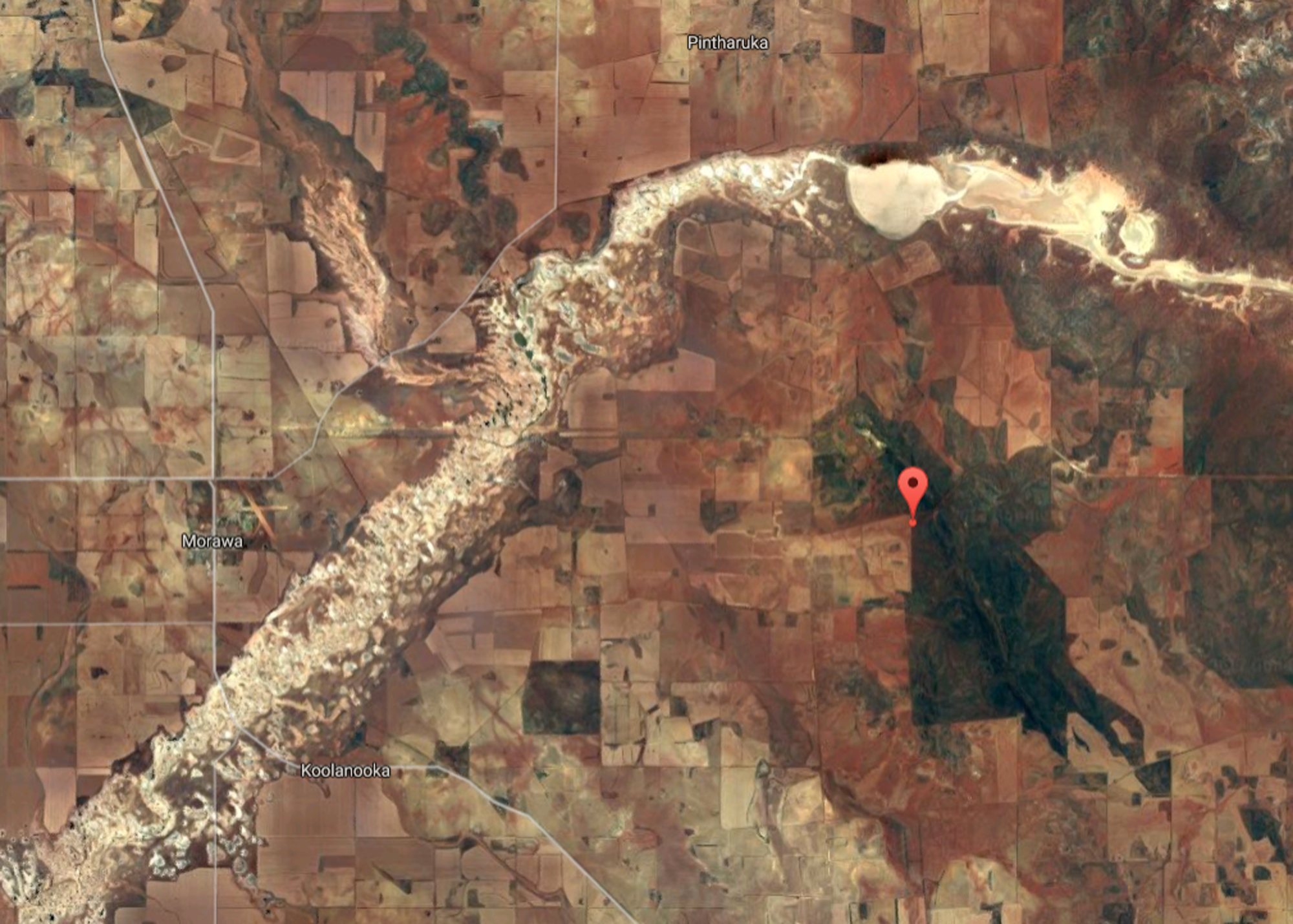 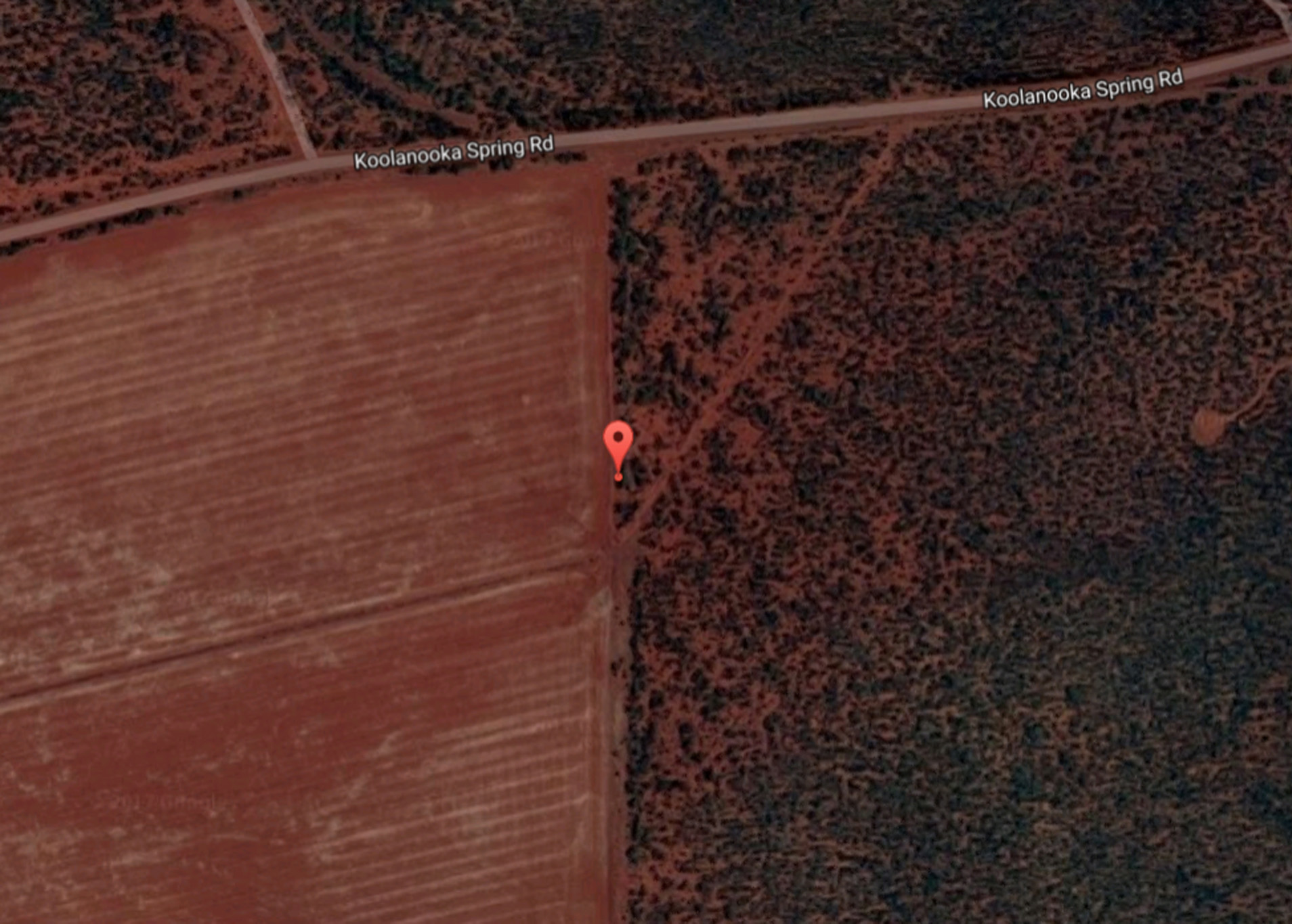 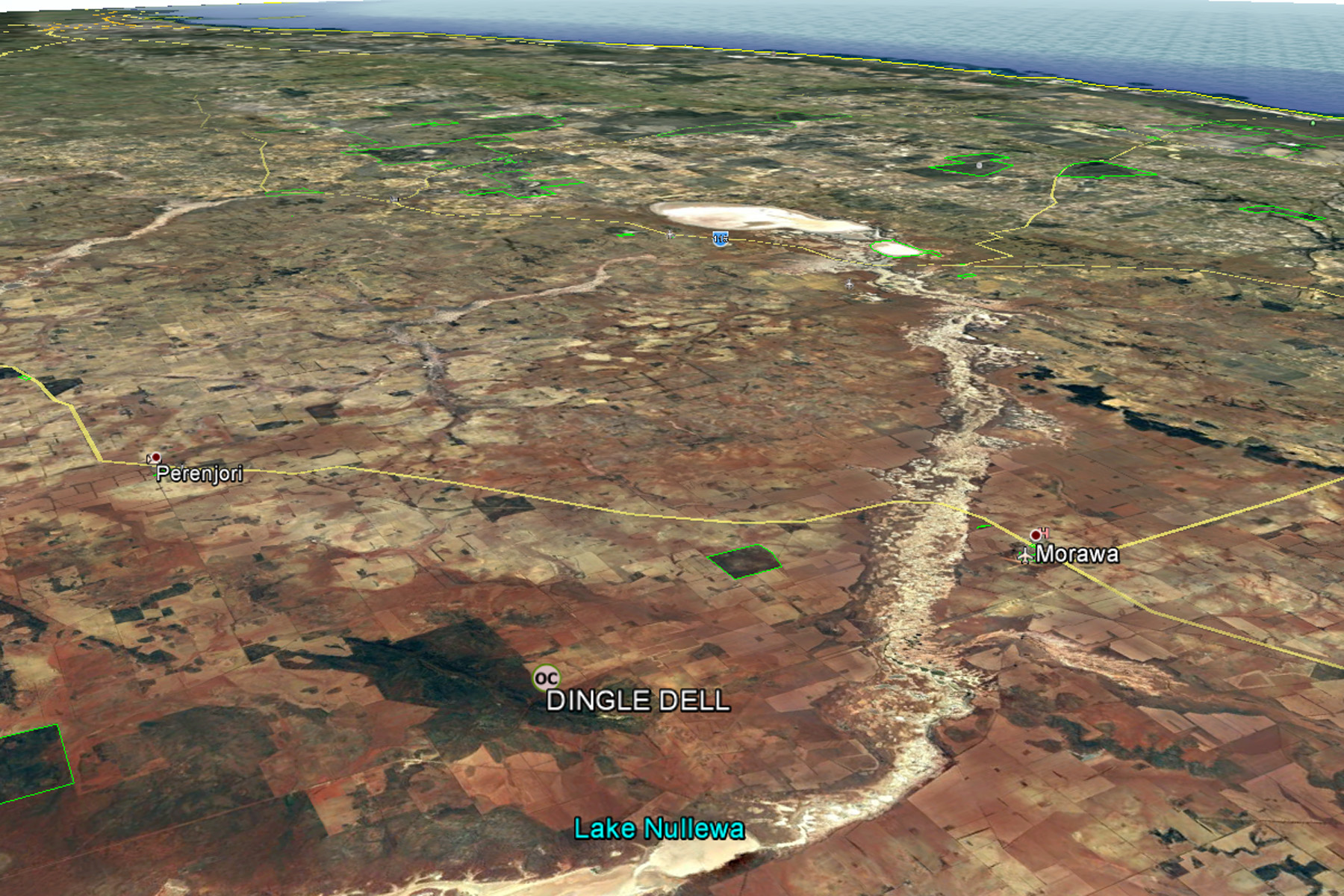 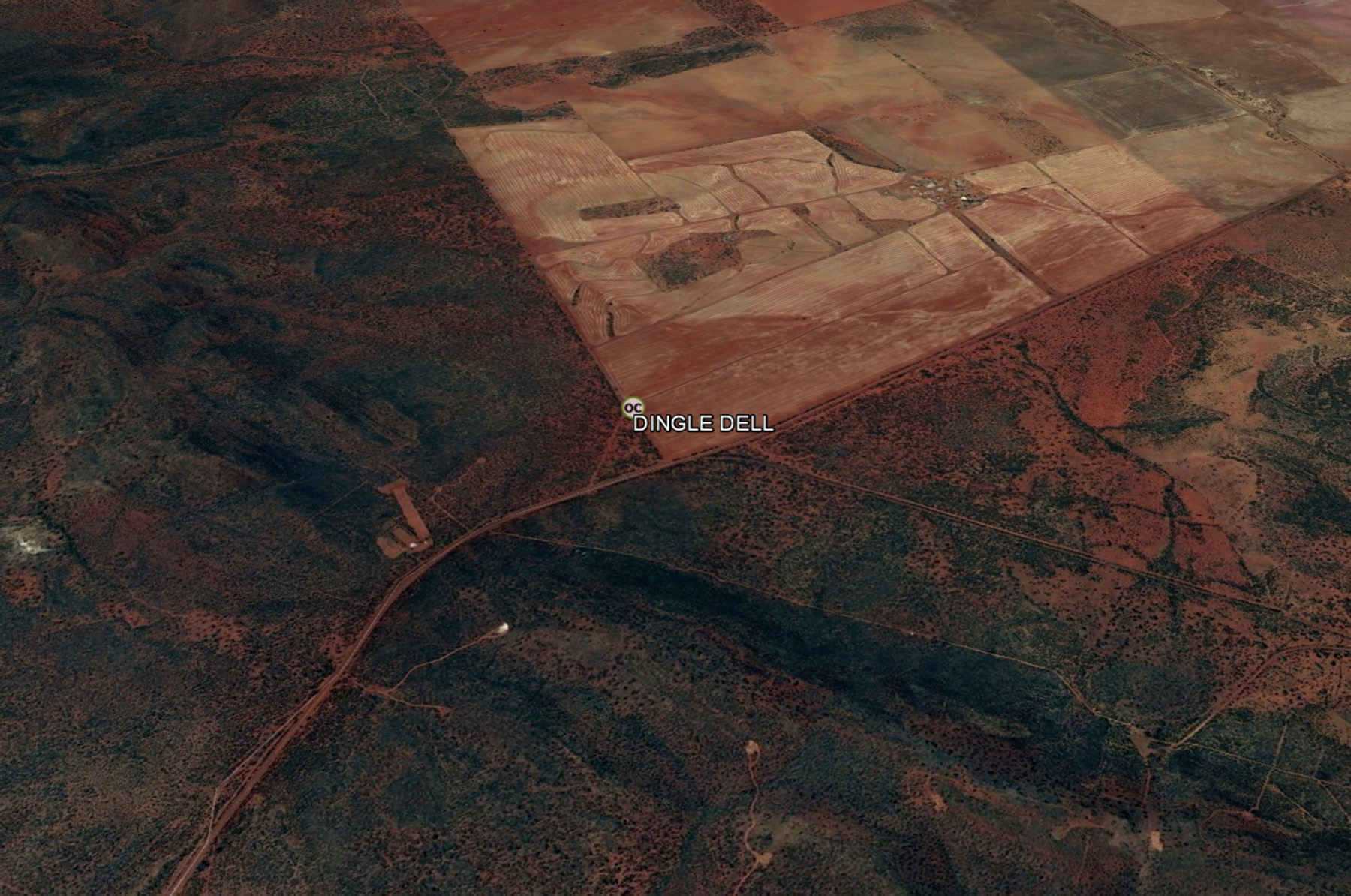 History: The Dingle Dell fireball was imaged by multiple observatories of the Desert Fireball Network, and was reported by observers via the Fireballs in the Sky app, as it blazed through the skies near Morowa, Western Australia, around 8:05 pm local time on Halloween night (31 Oct 2016). The object entered the atmosphere 80.4 km above the Earth’s surface with a velocity of 15.5 km/s, and stopped ablating at an altitude of 19.5 km after decelerating to 3.5 km/s. Its darkflight and fall position were modeled using a WRF climate model. A team was dispatched on November 6 to search on foot and mountain bike. The rock was found the next morning in a paddock of the Dingle Dell farm, a few meters short of the Koolanooka hills bush land. The very hard ground showed no evident trace of the impact. Weather history shows that no rain has fallen between the fall and the recovery 6 days later.

Physical characteristics: Dingle Dell is a single stone (mass = 1.15 kg) measuring approximately 16 × 9 × 4 cm. The mass was originally slightly wedge-shaped. It is entirely covered with fusion crust, both primary and secondary, signifying a break up as it was passing through the atmosphere. A low resolution CT scan was acquired of the sample within a day of recovery. The scan reveals a heterogeneous distribution of metal and sulfide. In addition, some large circular objects are discernible due to their lower density. The CT scan allowed us to pinpoint where to cut to examine these. One small wedge and slice will be used for min/pet studies. The cut surface reveals a spectacularly pristine meteorite with no evidence of alteration despite the exterior redness, which is due to impact into fine particulate red dirt.

Petrography is based on investigations of polished thick and thin sections. The overall texture is typical of a type 5-6 ordinary chondrite with poorly defined chondrules in a clear crystalline matrix. Chondrule types include PO, C and BO. One large BO chondrule has a double rim structure and chondrule mesostasis is crystalline. Sizes range from 1.15-4.11 mm with a mean of 2.12 mm (n=11). Mineralogy consists of olivine, pyroxene, feldspar, chromite, and sulphide and metal blebs. Olivine and pyroxene have undulose extinction. Feldspars are coarse (>50 μm). All metal and sulfides are pristine.

Classification: The mineral compositions are consistent with classification as a type LL ordinary chondrite. The texture, feldspar grain size, along with the Wo composition of OPX (as per Scott et al., 1986) indicates a petrologic type of 6. The lack of any alteration of any kind (metal/sulfide or silicates) indicates a weathering grade of W0. Shock stage is S2 due to slightly undulatory extinction seen in olivine.

Specimens: Main mass, CUWA, but will be accessioned into WAM collection”