“History: On 16 September 2016, at about 15:00 local time, many residents from several villages heard an airplane-like noise followed by three loud sonic booms. A woman in Mazichuan witnessed dusty smoke rising from a hillside 100 m away from her home. She went to the hillside and picked up a black stone in a hole. She then knocked off a corner of the stone and found greenish crystals inside. The stone was abandoned outside her yard and later picked up by her neighbor. Photos of the stone with black fusion crust and greenish crystals appeared on an amateur meteorite website in November 2016. A Chinese meteorite collector (Wang Ziyao) contacted the holders. He went to the fall site three times (April, June, and September 2017) and did a thorough investigation. Mr. Wang confirmed the fall account. A total of three stones (1302, 1100, and 880 g) were recovered by residents. The largest was bought from a local villager by a meteorite hobbyist (Liu Yukun) on December 1, 2017.

Physical characteristics: The hand specimen is covered with a fresh black fusion crust. Numerous mm-sized greenish crystals can be seen on the exposed section.

Petrography: A monomict breccia mainly consisting of coarse-grained orthopyroxene (a few mm) set in a fine-grained matrix of orthopyroxene. Accessory minerals are chromite, sulfide, FeNi metal and silica. Anorthite was not found.

Specimens: 36 g at PMO, a 1.3 kg mass with Mr. Liu Yukun, and two other masses are in the possession of local finders.” 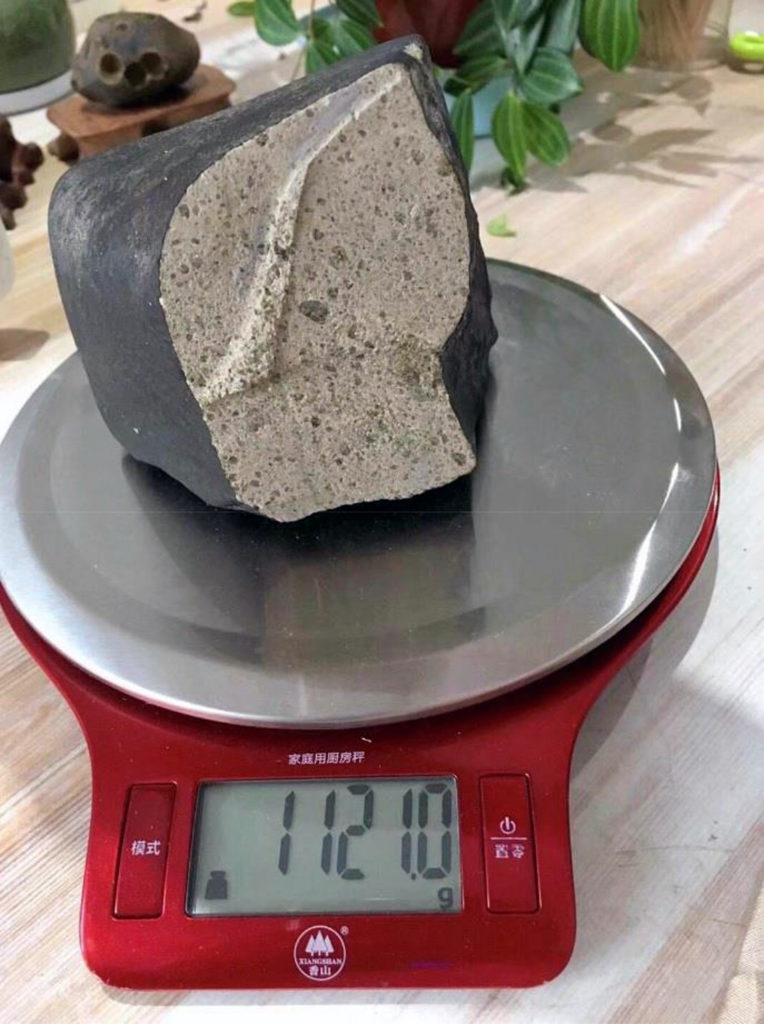 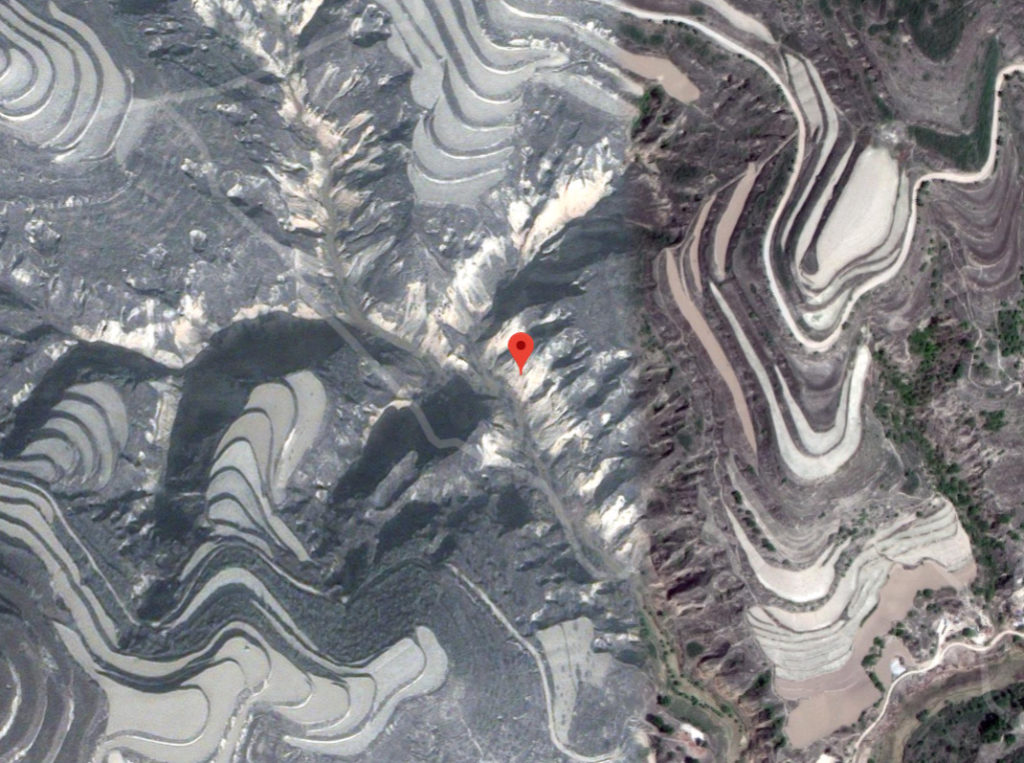 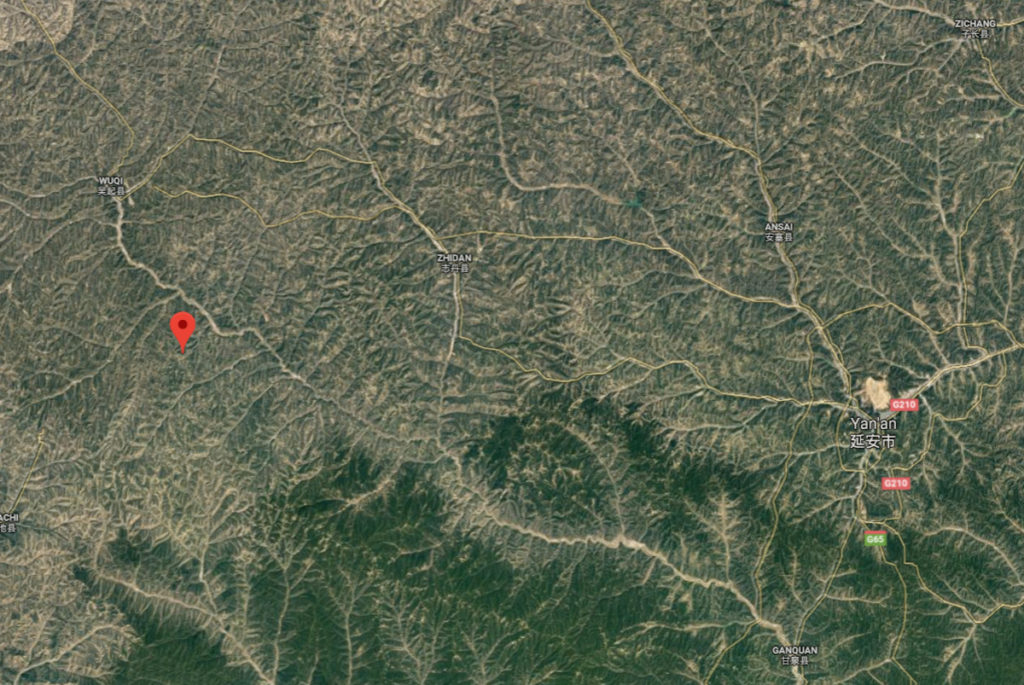