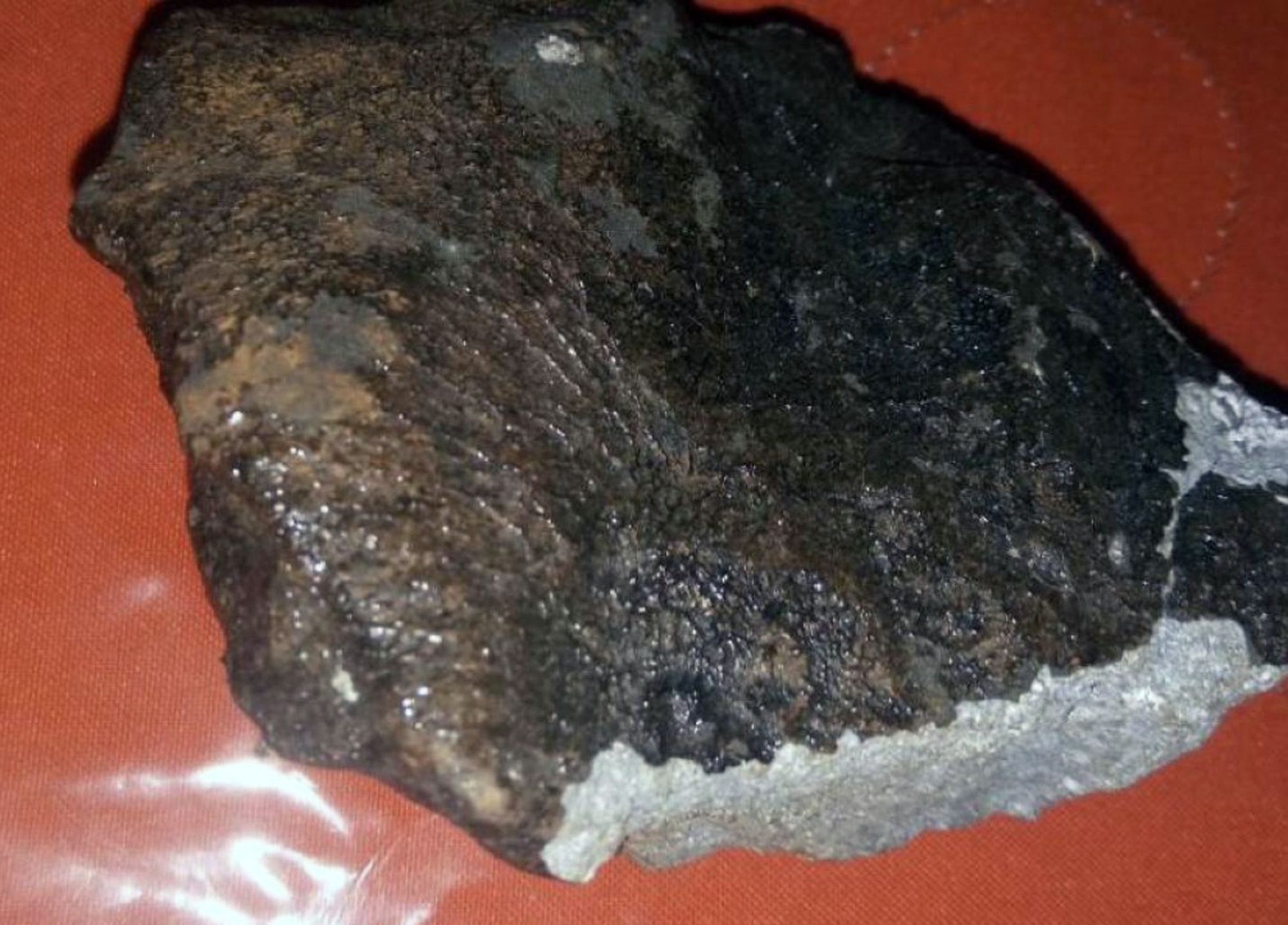 Classification: HED achondrite (Eucrite)
History: (A. L. R. Moutinho, D. Rios, M. Cardoso Rocha, W. Carvalho) A fireball appeared over the southeastern region of Pará state, Brazil, on June 29, 2017, around 10:35 local time (UTC-3). It was traveling in an apparent NE to SW direction. Loud detonations were heard in towns including Marabá, Eldorado dos Carajás and Paraopebas. People from these towns thought it could have been an airplane crash. In the the village of Serra Pelada (a famous gold-mining location), some students and a watchman, Mr. Manuel da Silva, of Rita Lima de Souza school heard a series of four to six detonations and a few mins later witnessed a rock falling on a roadside near the school. A smoke trail was observed and also some dust caused by the impact. The rock was broken by the impact, collected and shared among local people just after the fall. Another 5.4kg piece was witnessed to fall few meters from an electrician while working. This piece was sold to an anonymous buyer. A geologist from Serra Pelada, Marcilio Cardoso Rocha, was contacted, and he made preliminary analysis and sent a sample to MNRJ for study and classification.

Physical characteristics: Two stones were recovered. The exact weight of the stone that fell neaby the school is hard to predict because it broke during impact and shared among locals. It had approximately 40cm major axis and around 6kg. The stone that fell nearby the electrician weighs 5.4 kg and is about 80% fusion crusted showing both primary and secondary crust it measures approximately 25 cm by 12.5 cm by 12 cm. There is one broken face that measures about four by four inches revealing a fresh non-oxidized interior.

Petrography: (M.E. Zucolotto and C.V.N. Villaça, UFRJ) Optical petrographic examination of a thin section shows a brecciated texture with many clasts set in a fine-grained matrix and a fusion crust ~50-200 μm thick. Some clasts contains both ophitic, subophitic texture and are surrounded by pulverized rocks of the same phase. Some clasts are separated by impact shock melt veins. The size of the plagioclase needles and pyroxene varies between the different clasts and exhibit about 700 μm in the coarse-grained clasts and less than 70 μm in the fine-grained clasts. All the different clasts are from the same compositional group, the sample has undergone extensive thermal equilibration with some larger low-Ca pyroxene grains showing coarse exsolution of augite which typifies type 5. Accessory minerals are silica, ilmenite, chromite, troilite, and Fe-metal (low Ni). Mineral grains show the effects of shock as undulatory extinction and mosaicism, some sparse melt pockets and impact melt veins but no maskelynite. Minor phases include ilmenite, with silica, iron sulfide, and Fe,Ni metal. Magnetic susceptibility (A.M.S Gomes and V.M.T.S Barthem, IF/UFRJ): Log Chi = 2.90. 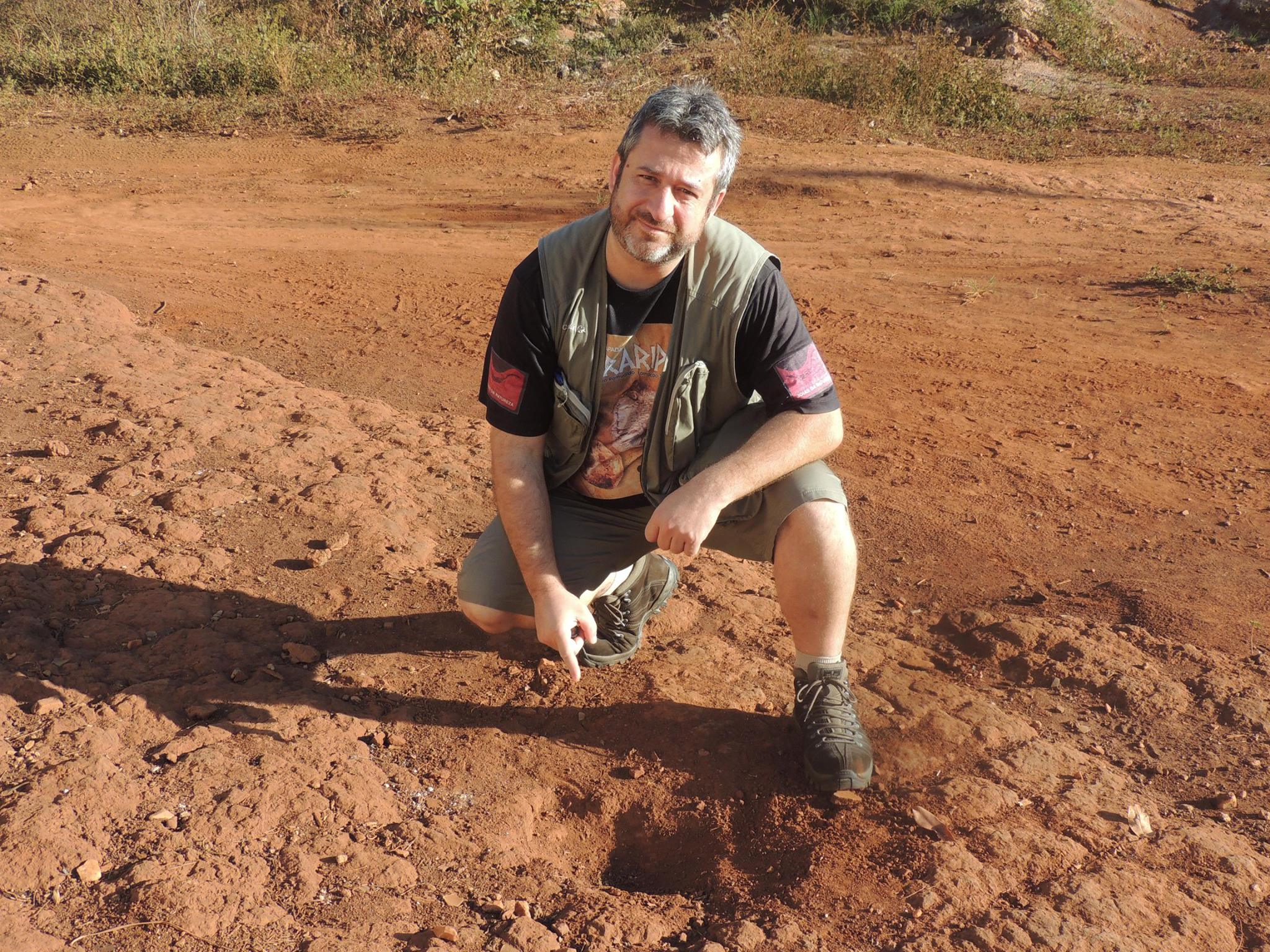 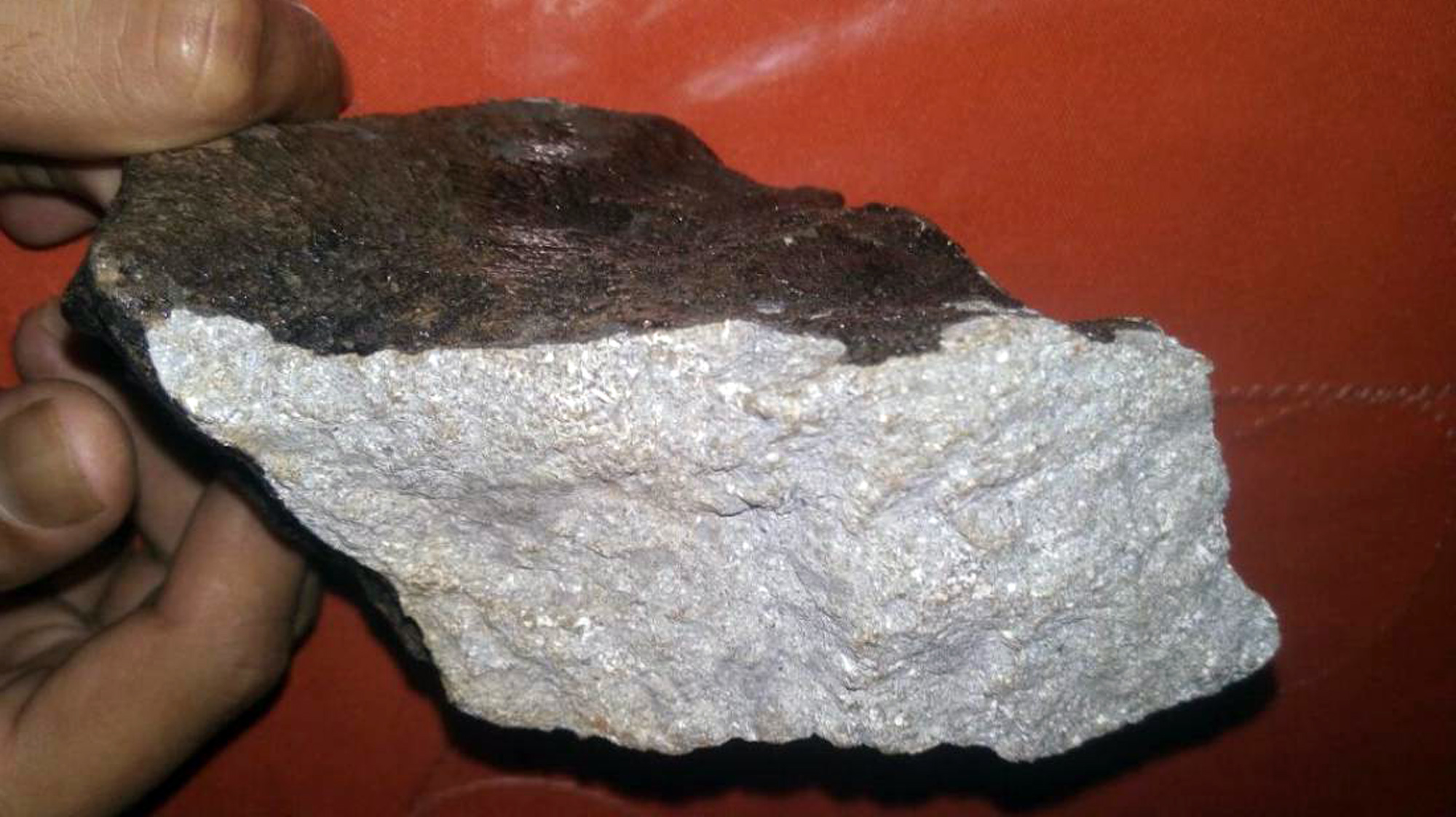 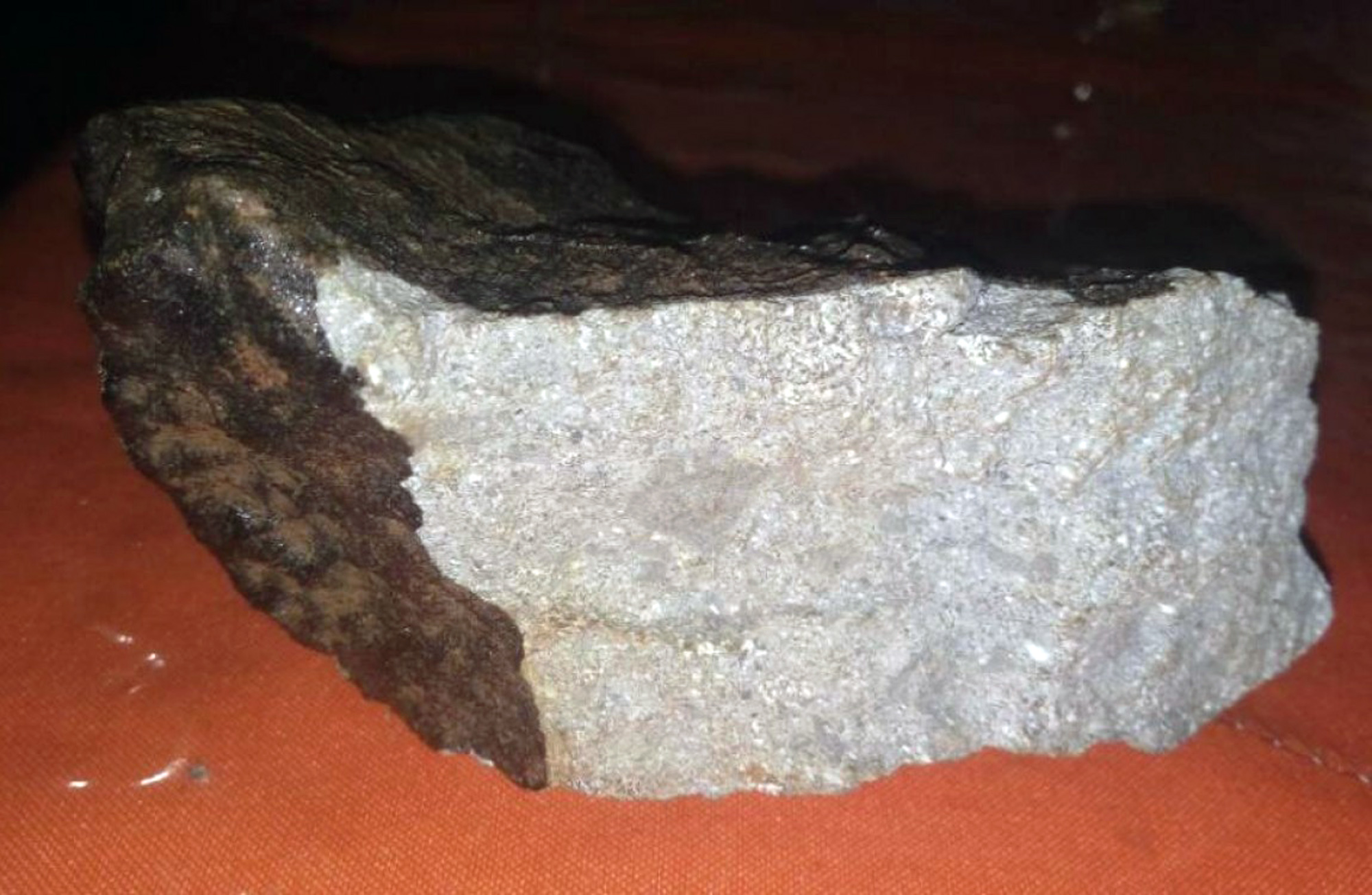