Porangaba is officially registered in the Meteoritical Bulletin Database

Additional information about this witnessed fall can be found 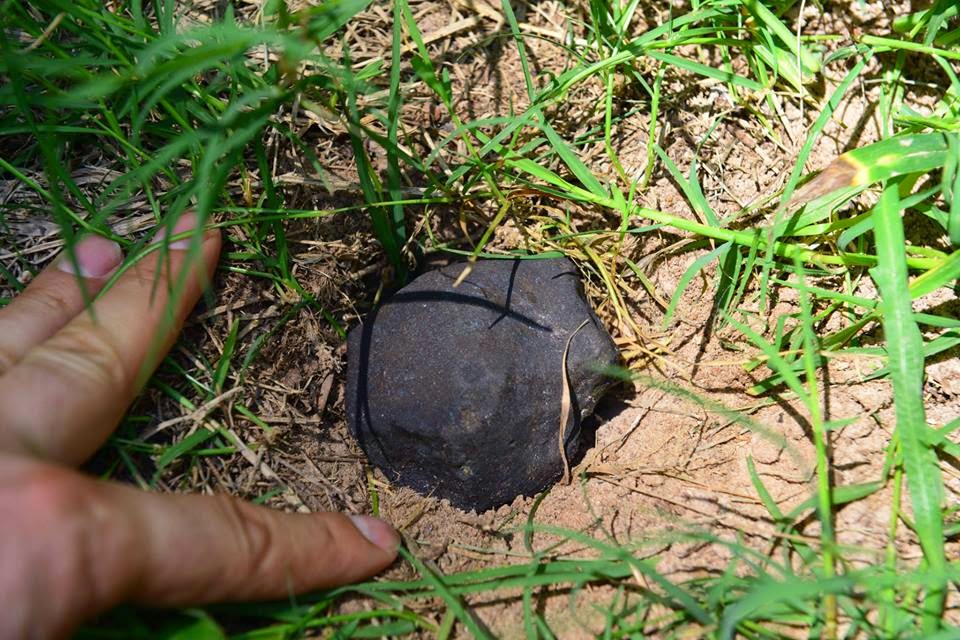 History: At about 11:35 am (UTC) on January 9, 2015, a daylight fireball was witnessed in a large area of São Paulo, Brazil. On the same day, the submitter received an e-mail from P. Gama with a picture of a 450 g stone recovered by his employee Julio C. Silva and his son at the rural area of Porangaba. Another mass of 520 g was recovered the next day by Mr. José Maria and his nephew. In both recoveries, a loud thunder was heard which persisted for some time as rumbling noise, that also drew the attention of neighbors. Although some inhabitants heard falling objects near them and many efforts were done in order to recover other stones, only A. Moutinho has recovered additional pieces (2.9 and 3.5 g) to date.

Physical characteristics: The two largest masses are semi-prismatic and almost fully covered by fusion crust with only small pitted corners. Of the two smallest masses, one is fully crusted, the other has only one side crusted.

Classification: The mean olivine, low-Ca pyroxene and kamacite compositions indicate that Porangaba is an L-group chondrite. The chondrules are very well defined and with homogeneity composition, although they exhibit a clear recrystallized matrix. The absence of visible plagioclase grains indicates the petrologic type 4. The rock has been very weakly shocked and most of the olivine grains shows weak undulatory extinction, equivalent to shock stage S2. Metallic Fe-Ni grains show no signs of alteration, consistent with weathering grade W0. (L4, S2, W0).

Specimens: Type specimen, 20 g at Rio. The 450 g mass is held intact by P. Gama, and the 2.9 and 3.5g specimens with Andre Moutinho. From the 520 g main mass kept by José Maria, a slice was removed from which the type specimen was obtained and some samples were distributed among many private collectors.