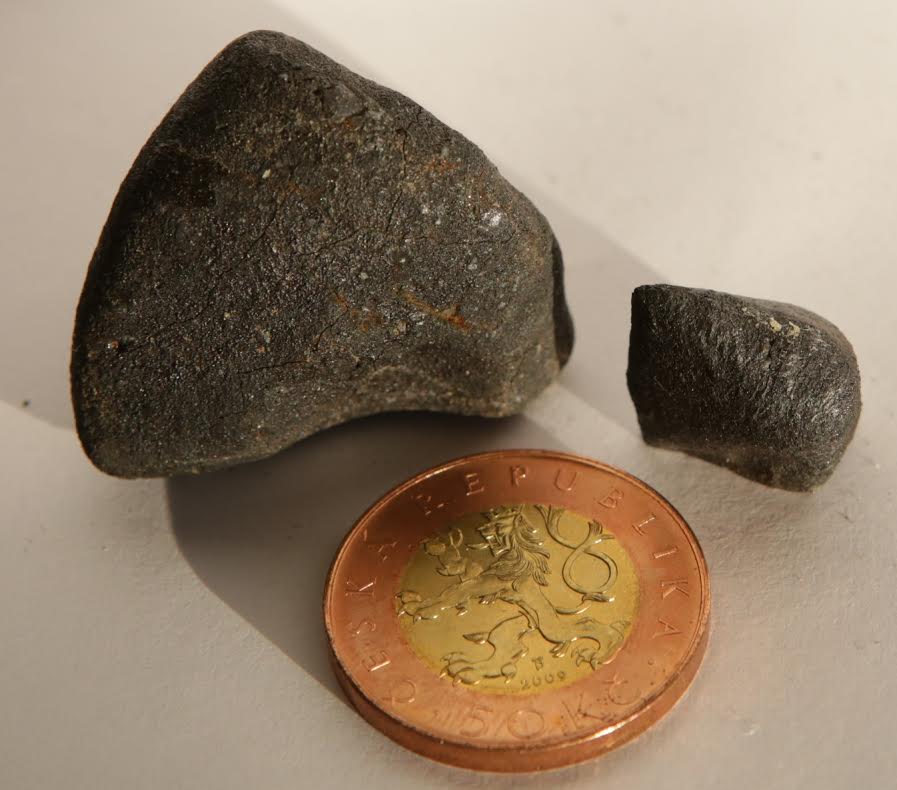 History: A -15 absolute magnitude bolide was observed by thousands of eyewitnesses over large part of central Europe and recorded photographically by 10 automated all-sky fireball observatories at 7 Czech stations of the European Fireball Network on Dec 9, 2014, at 16:16:45-54 UT. Very precise data on atmospheric trajectory, heliocentric orbit and fragmentation history were quickly determined. Based on this analysis it was evident that this event terminated with a multiple meteorite fall. The impact area for possible range of meteorite masses was thus modeled. Two small fresh meteorites which according to the prediction originated in the brightest flare at 36.4 km altitude (5.6 and 39.3 g) were found shortly after the bolide observations (20 Dec 2014 and 12 Jan 2015) during dedicated search. Both were recovered exactly in the predicted location for given mass (both less than 100 m apart the highest probability location).

Physical characteristics: As the meteorites fell in winter, the search was possible only in two short periods when snow was melted. Due to the low inclined trajectory (25 °) and high altitude fragmentation, the predicted impact area for 1 g to 1 kg meteorites is about 30 km long. The recovered meteorites with bulk density of 3.05 g/cm3 and high porosity of about 15% have black crust and are roundish in shape; the smaller one is partly broken, but the larger one is completely crusted.