A report from the Czech Astronomical Society about the meteorite search expedition, organized by Společnost pro meziplanetární hmotu (SMPH) and the Jihlavskou astronomickou společností (JAS), which led to the finding of the first meteorite 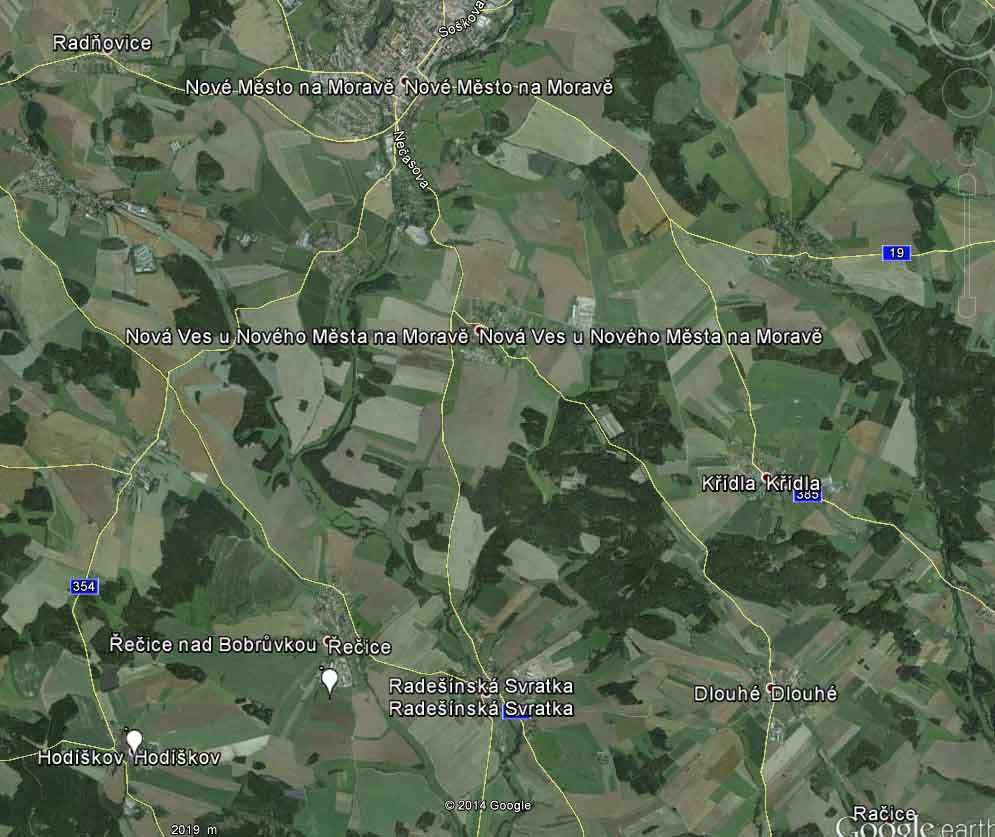 The public is asked to help searching.     LINK 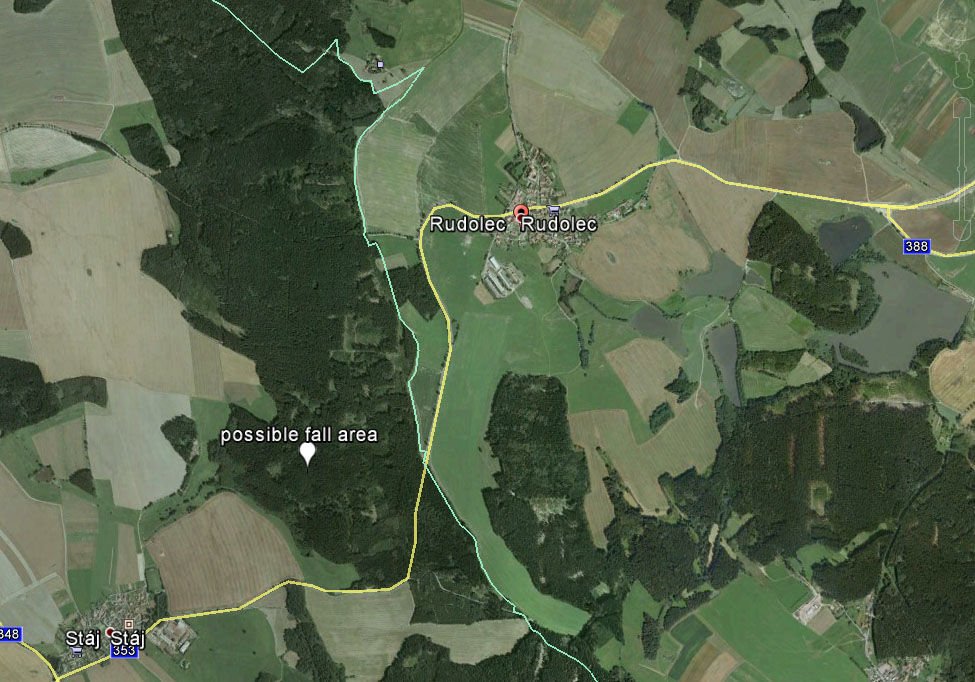 Northeast to southwest, meteoroid trail might have ended somewhere southeast of Prague in the southern Czech Republic (maybe in the region Okres Trebic, between Brno and Trebic or Jindrichuv Hradec, Kraj Vysočina), not far from where Stannern fell. 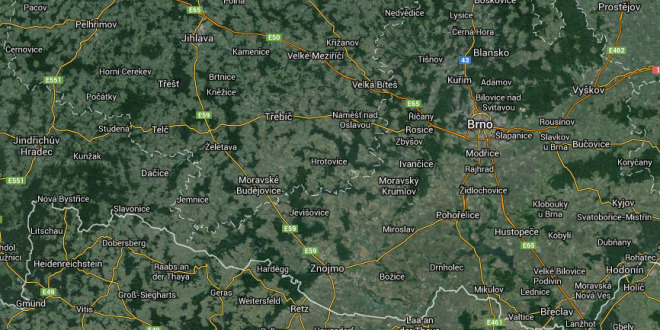 Shortly after the phenomenon was made a preliminary analysis of the car. It turned out that this phenomenon has occurred over the Czech Republic. Start the car was at a height of about 95 km at a value large enough for such phenomena. Starting point is to lay a few kilometers southeast of Opava. Due to the considerable distance, none of the stations are not captured Polish final part of the car, the visible part of the Polish stops at an altitude of about 45 kilometers, it is surely the height of the end and the car continues its flight probably reaching up to about 30km, or even to the lesser . In the area of ​​Moravia car lit up the sky the strong green light, illuminated by the car objects cast shadows clearly visible. Visual assessment of our southern colleagues talk about the brightness in the range -14 to -16 magnitude which is significantly greater than that of the full Moon.