An updated and extended version of this post
has been established on this page:

The Stubenberg main mass and other found specimens of this fall were presented for the first time at The Munich Show (28-30 October 2016) at booth A5.431.

On 12 May 2016 Stubenberg was officially registered as LL6 (S3/W0) in the Meteoritical Bulletin Database. 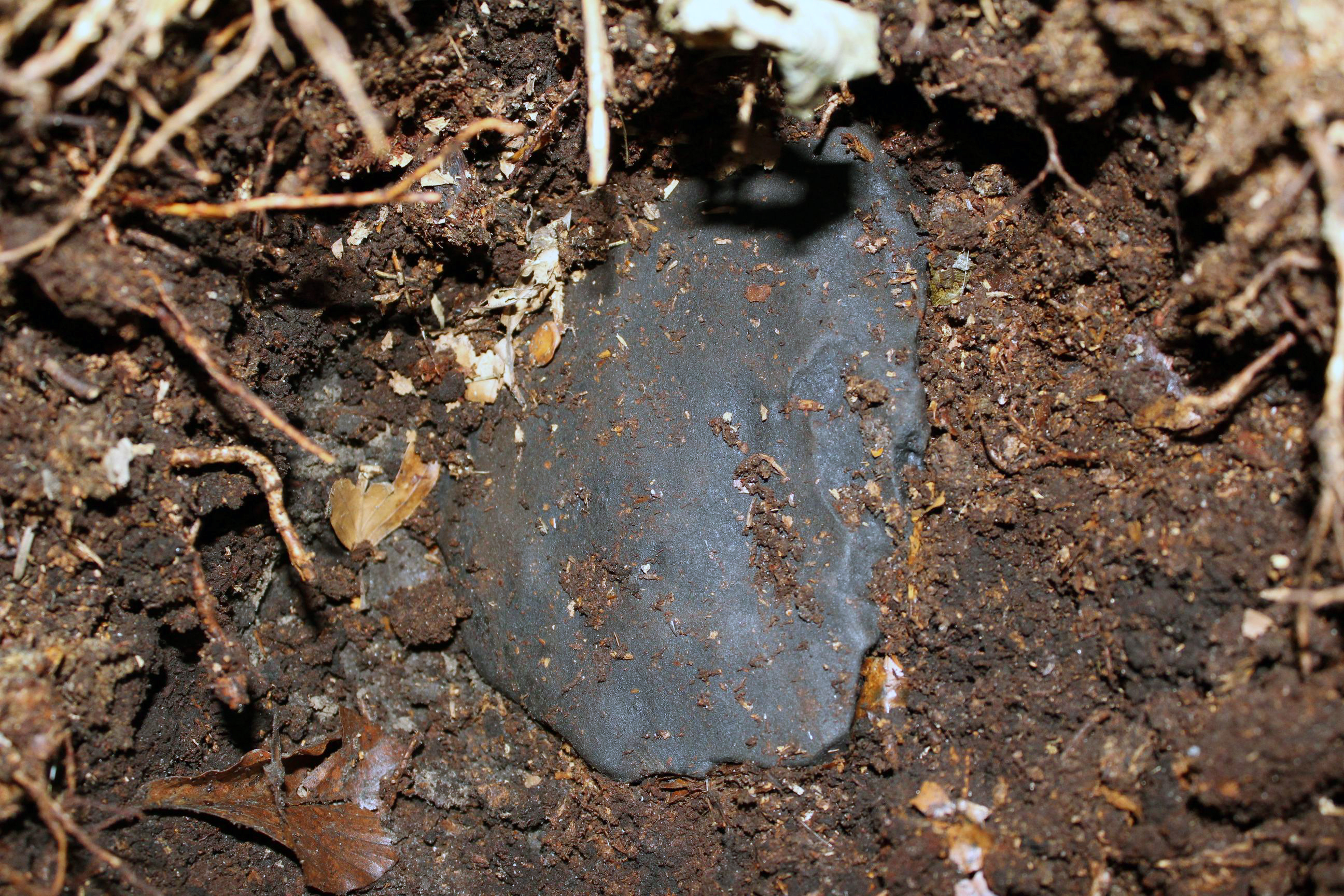 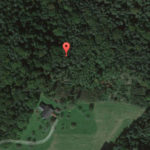 On April 14 Dr. Pavel Spurný published a press release announcing that on April 1, after about 400 hours of systematic search, Ralph Sporn and Martin Neuhofer found a 1320 g specimen (5th find) embedded about 15 centimetres deep in the beech leaf-covered forest soil at location 48°18’20.9″N, 13°05’36.5″E , 515 metres a.s.l. and about 95 metres north-northeast of Kammerhub in the Hösling parcel of the Entenmoos forest at the eastern fringe of the municipality of Stubenberg. The meteorite was covered by a pine branch which had probably been hit by the falling meteorite and fell directly on the impact pit. 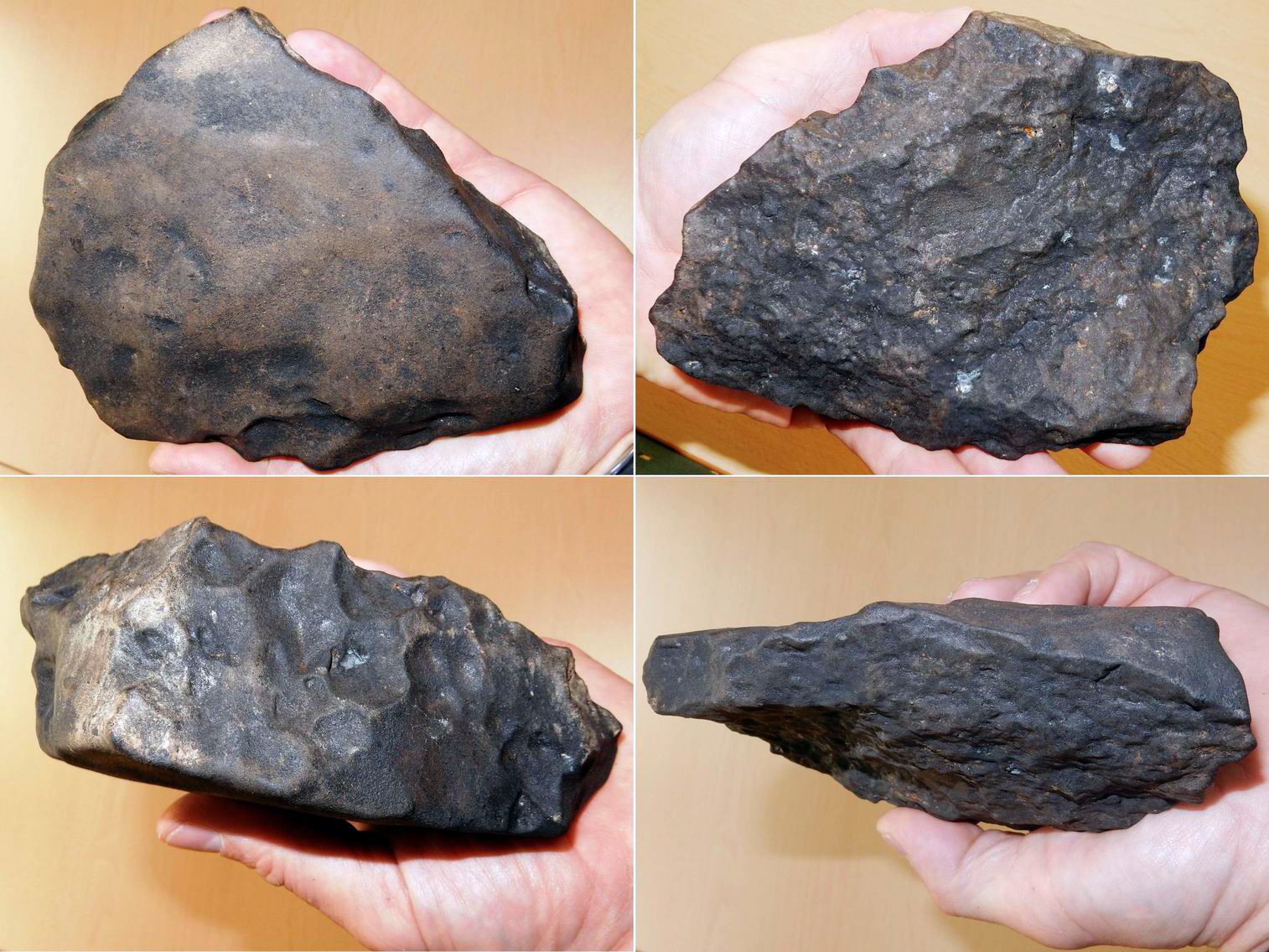 [/wc_column][/wc_row]
On April 12 Dieter Heinlein presented the 1320 gram main mass to Dr. Pavel Spurný, whose precise calculation of the strewnfield in combination with Sporn and Neuhofer’s remarkable search efforts made the recovery of the large mass possible. 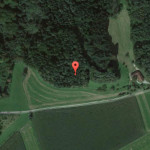 On April 5 Dieter Heinlein announced that in the morning of April 3 a sixth meteorite fragment (~ 4.5 x 3.5 x 2.5 cm) with two fractured faces weighing 35.89 g was found by Dennis H. at location 48°17’53.64″N, 13°05’59.90″E on a footpath on a steep hill in the forest south of Bertenöd. The find was made on the last day of a four-day search in the strewn field and the exact fall coordinates were communicated to D. Heinlein in an exemplary manner. The mass does probably stem from the first or second fragmentation of the meteoroid. The meteorite has been cut for analysis. The remaining mass of Stubenberg #6 weighs 25.96 grams. 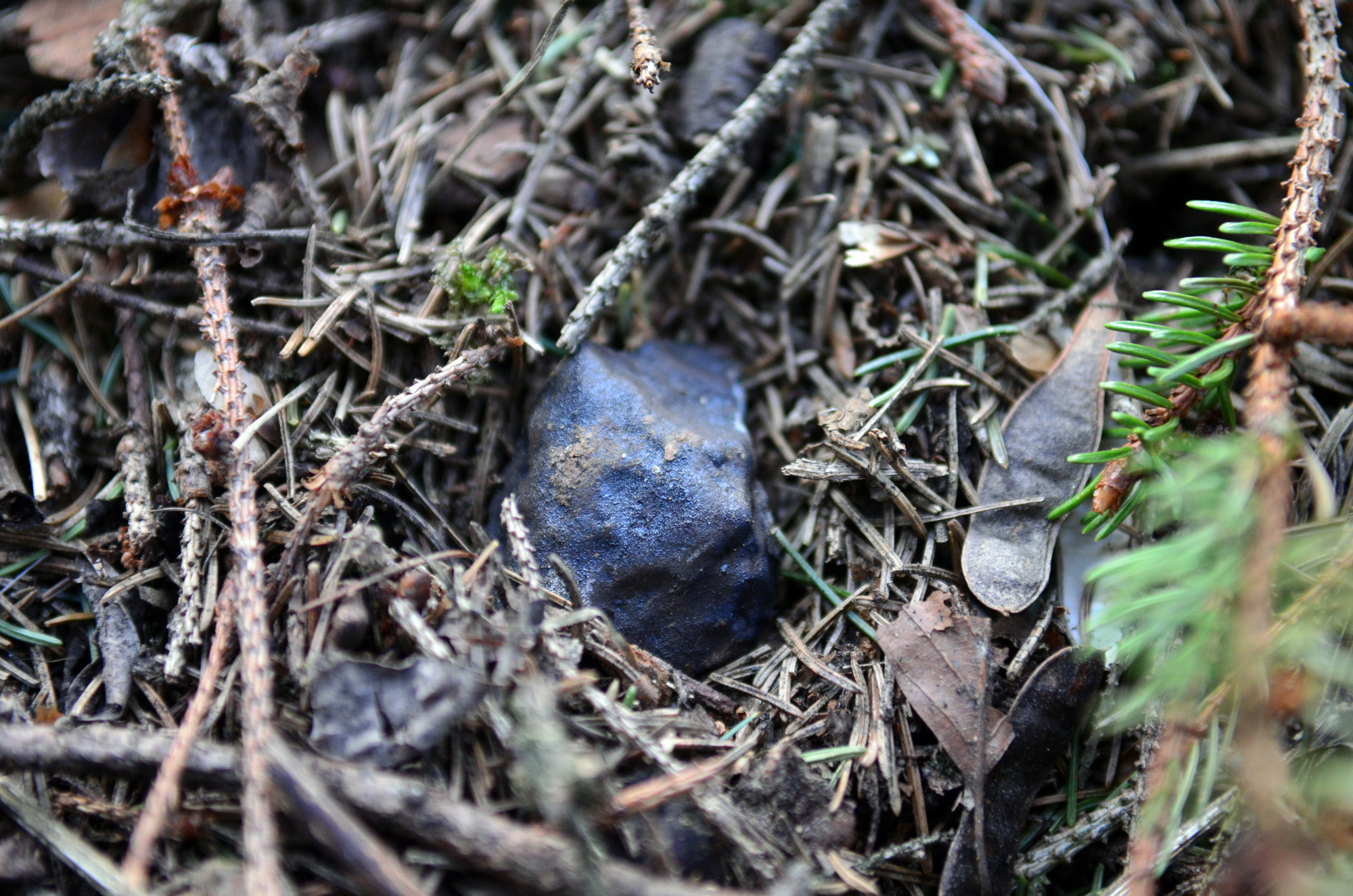 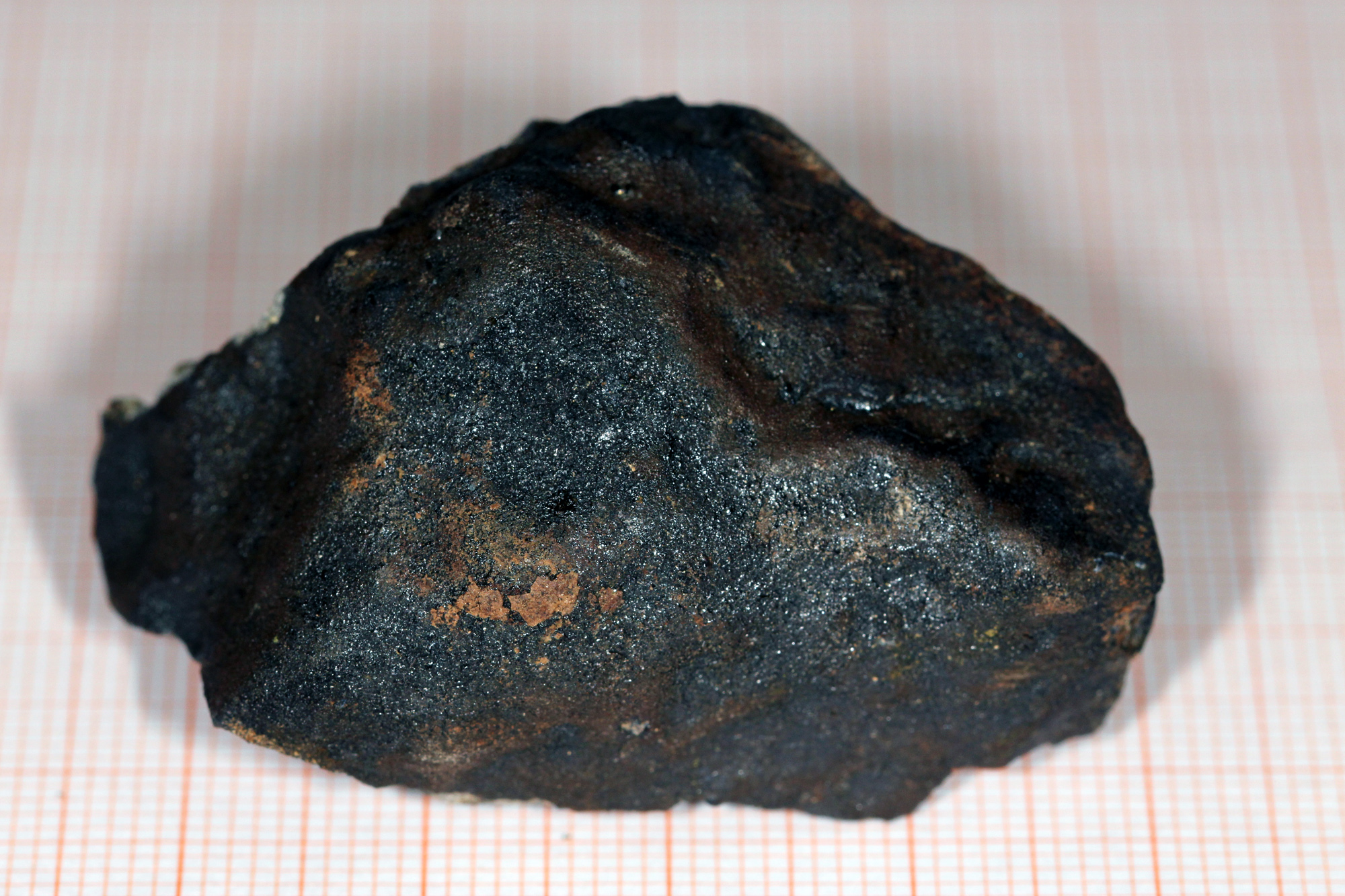 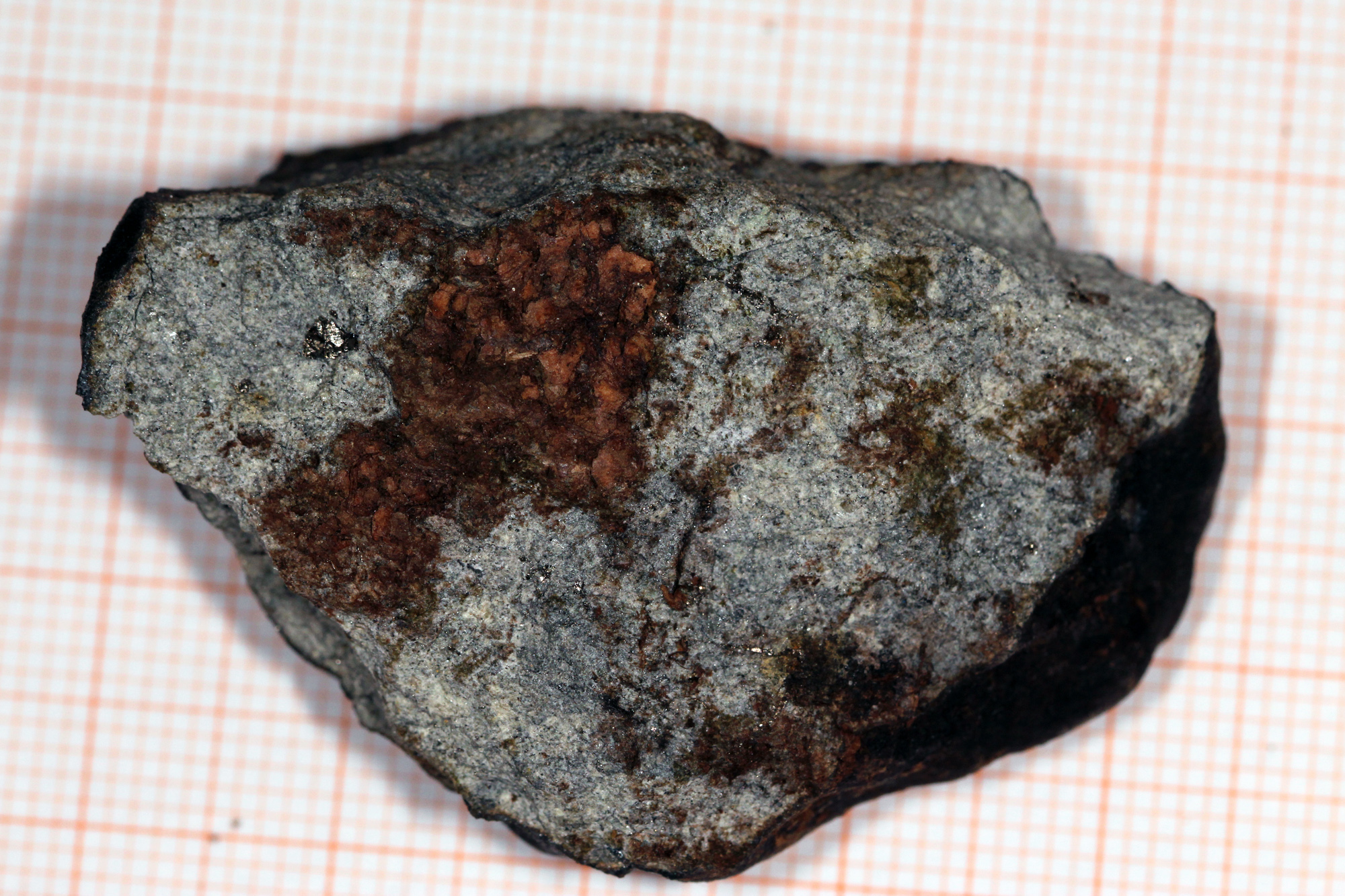 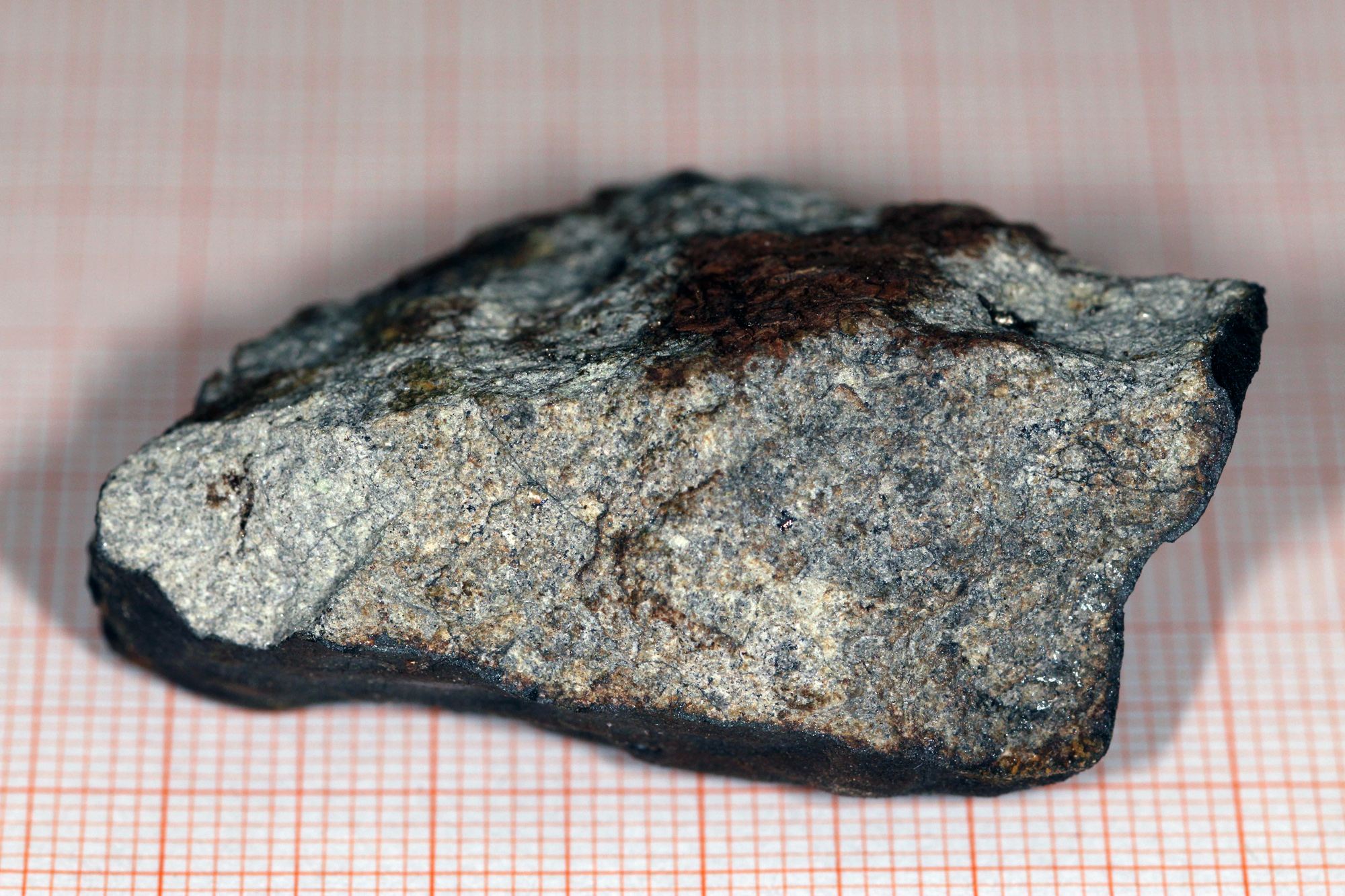 On March 26 at 3 p.m. a fourth and complete specimen (42.43 g) was found by the German meteorite enthusiast Moritz K. in the south of the strewnfield on the German bank of the river Inn at location 48°17’42.86″N, 13°6’59.25″E. The specimen does probably stem from the first fragmentation of the meteoroid. 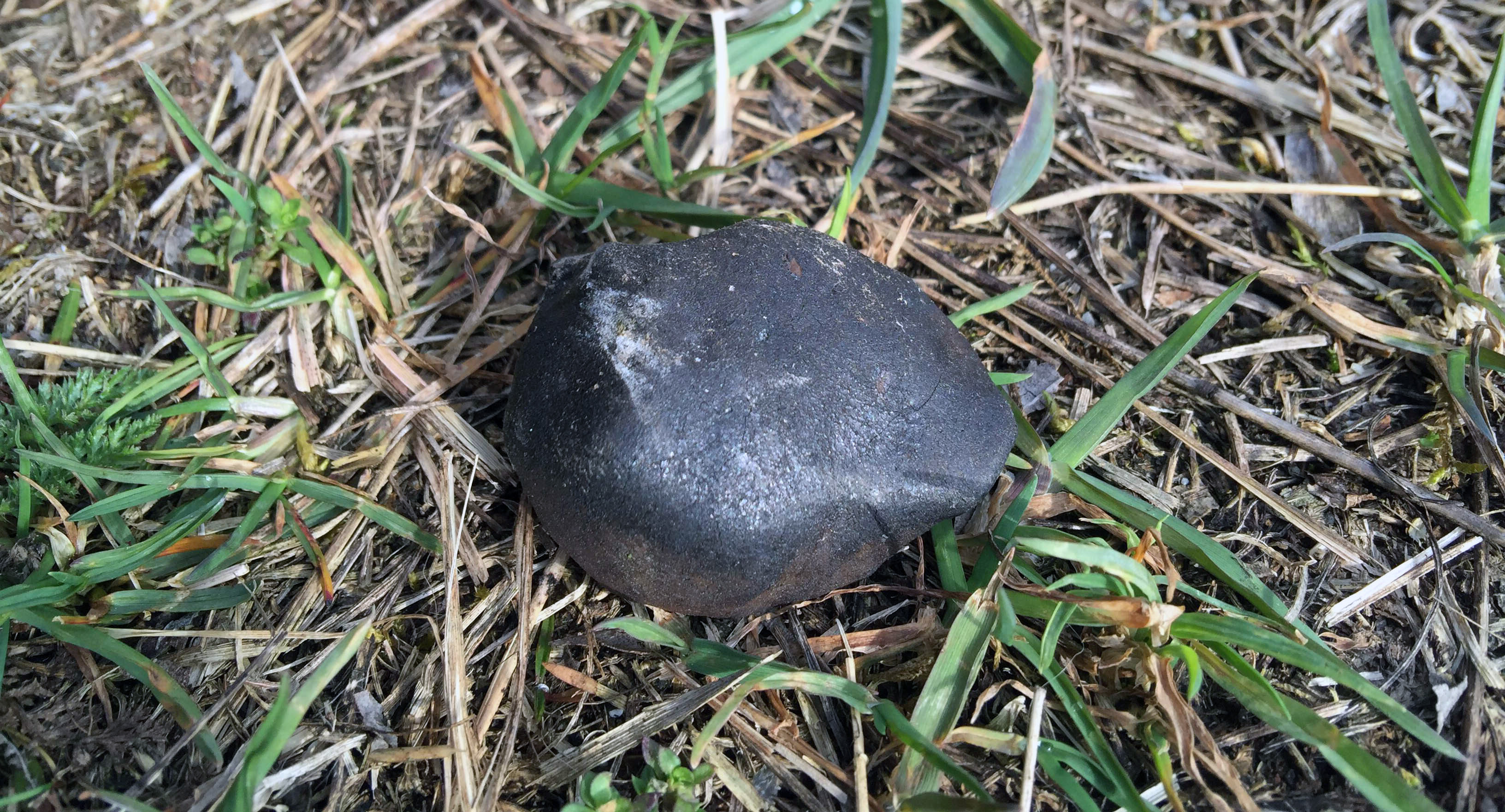 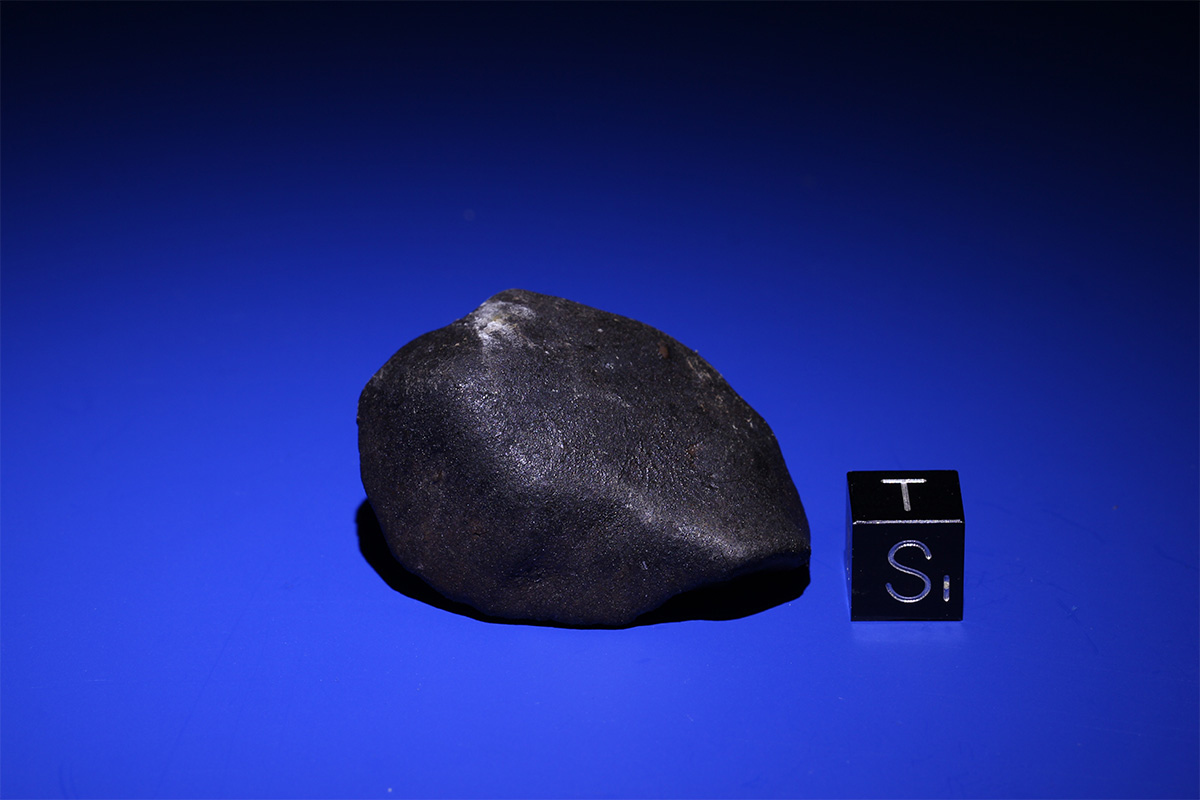 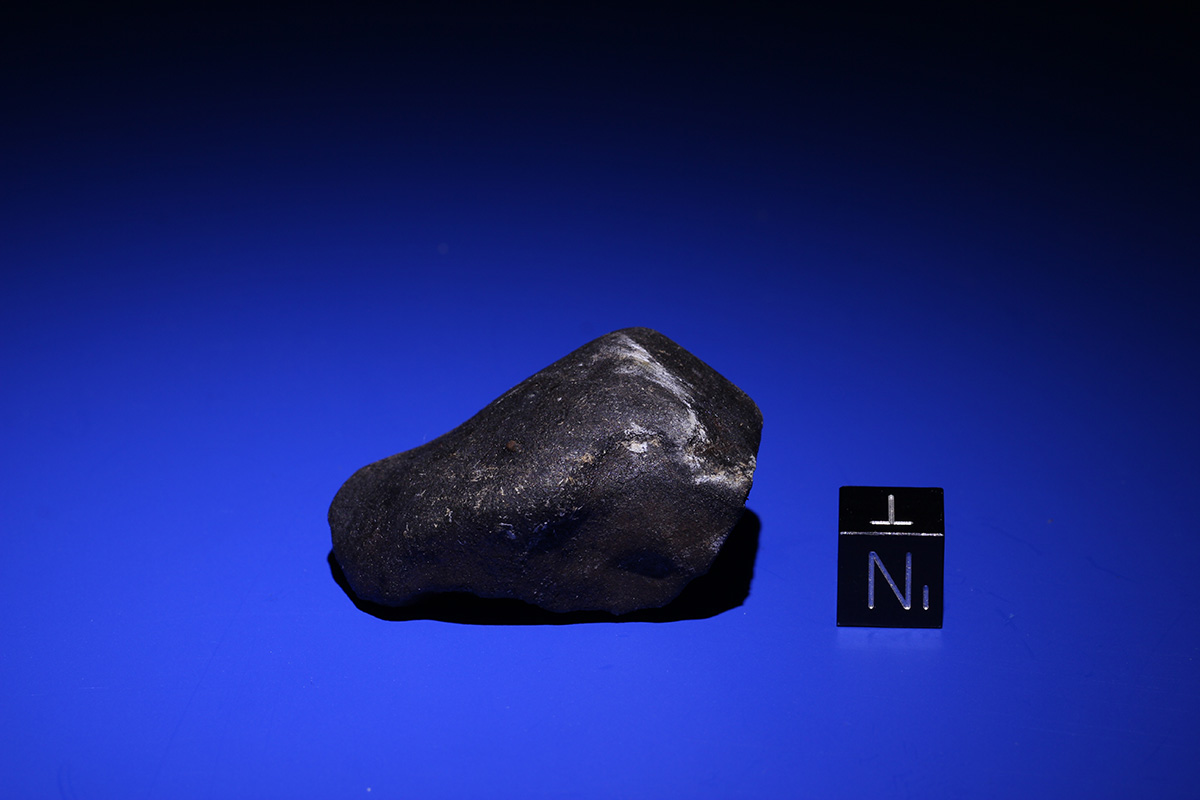 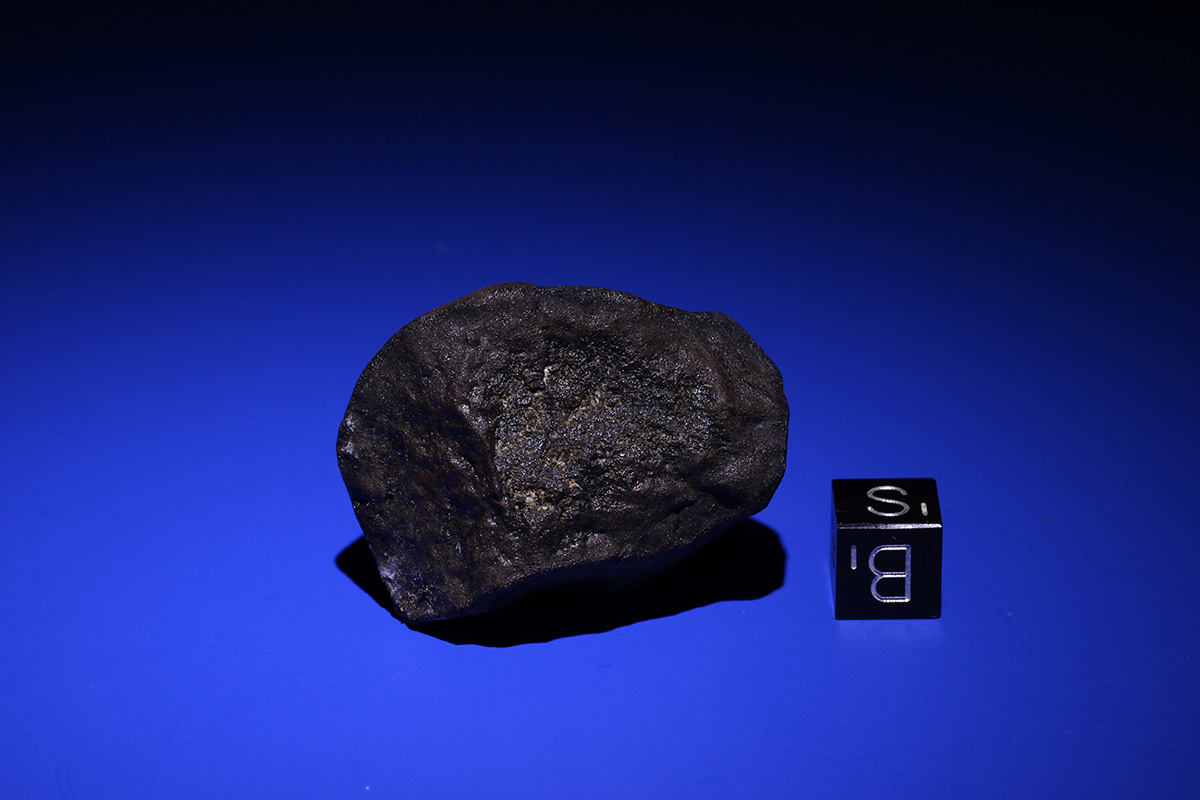 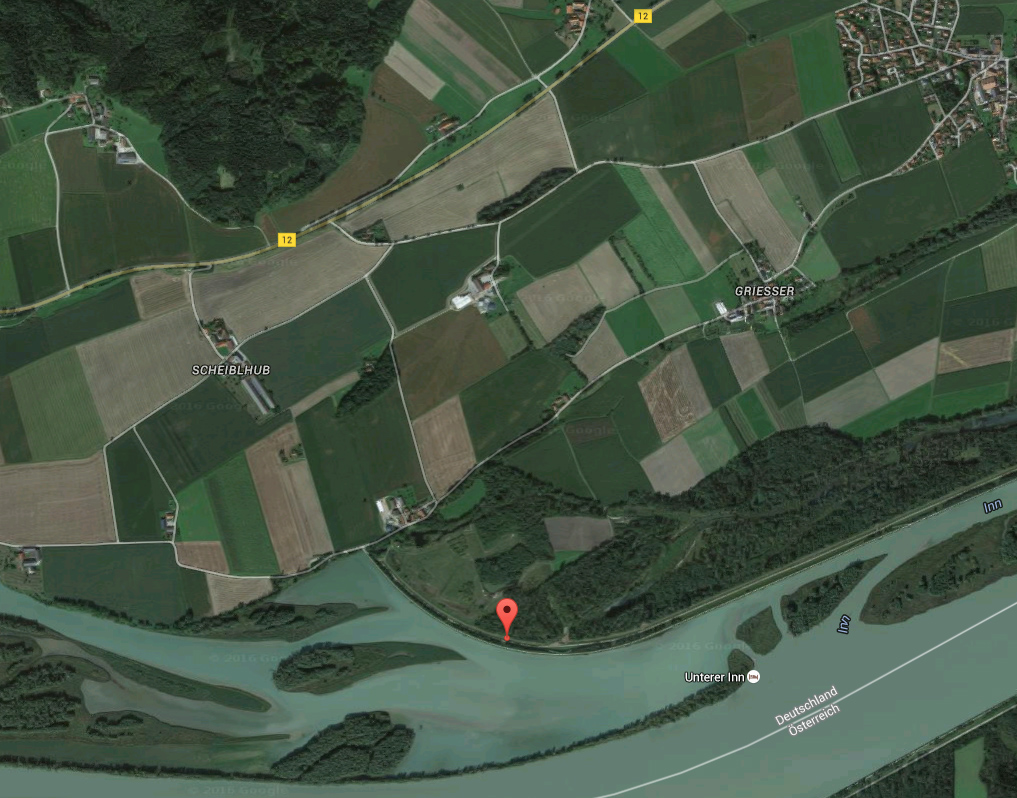 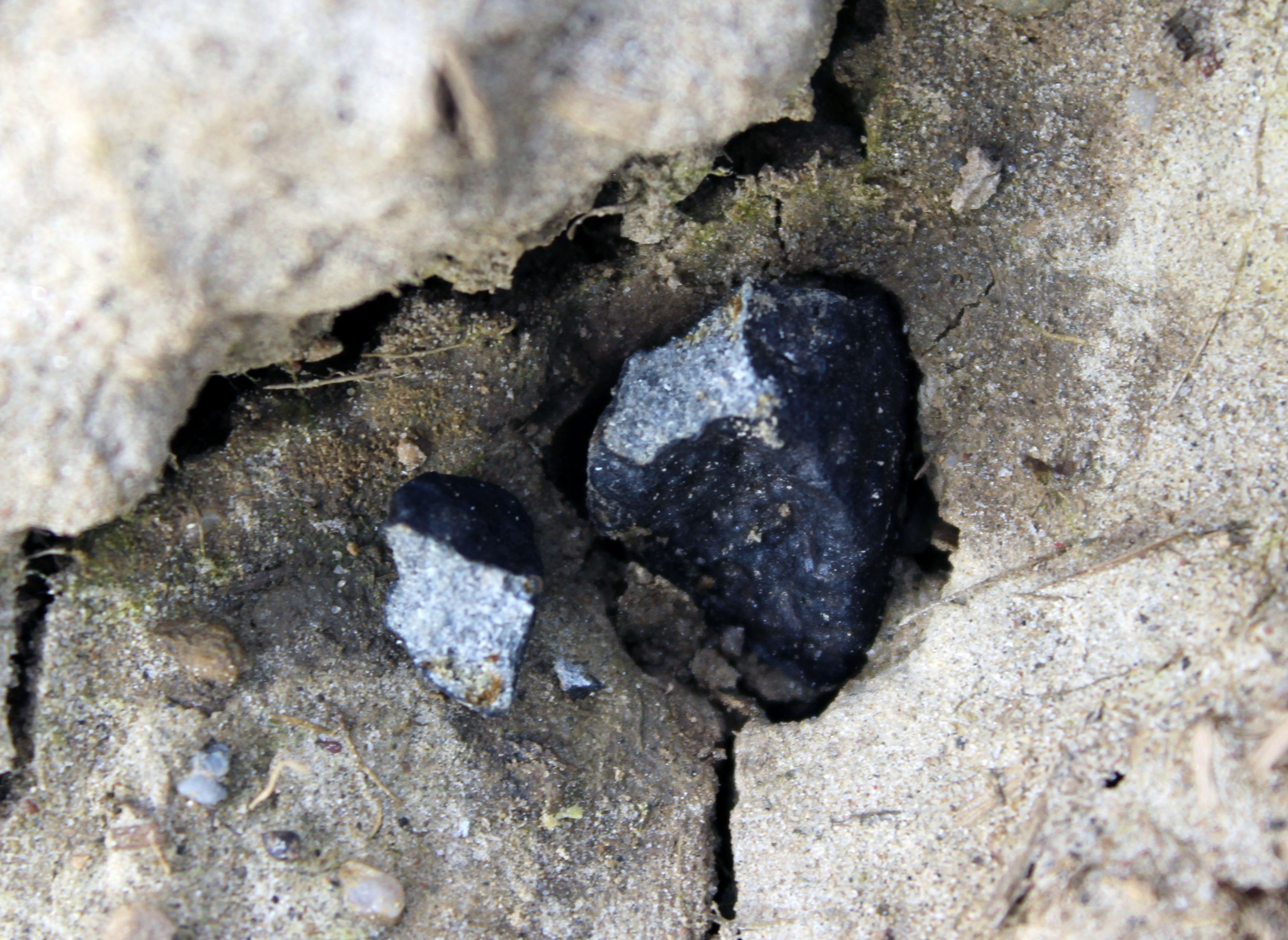 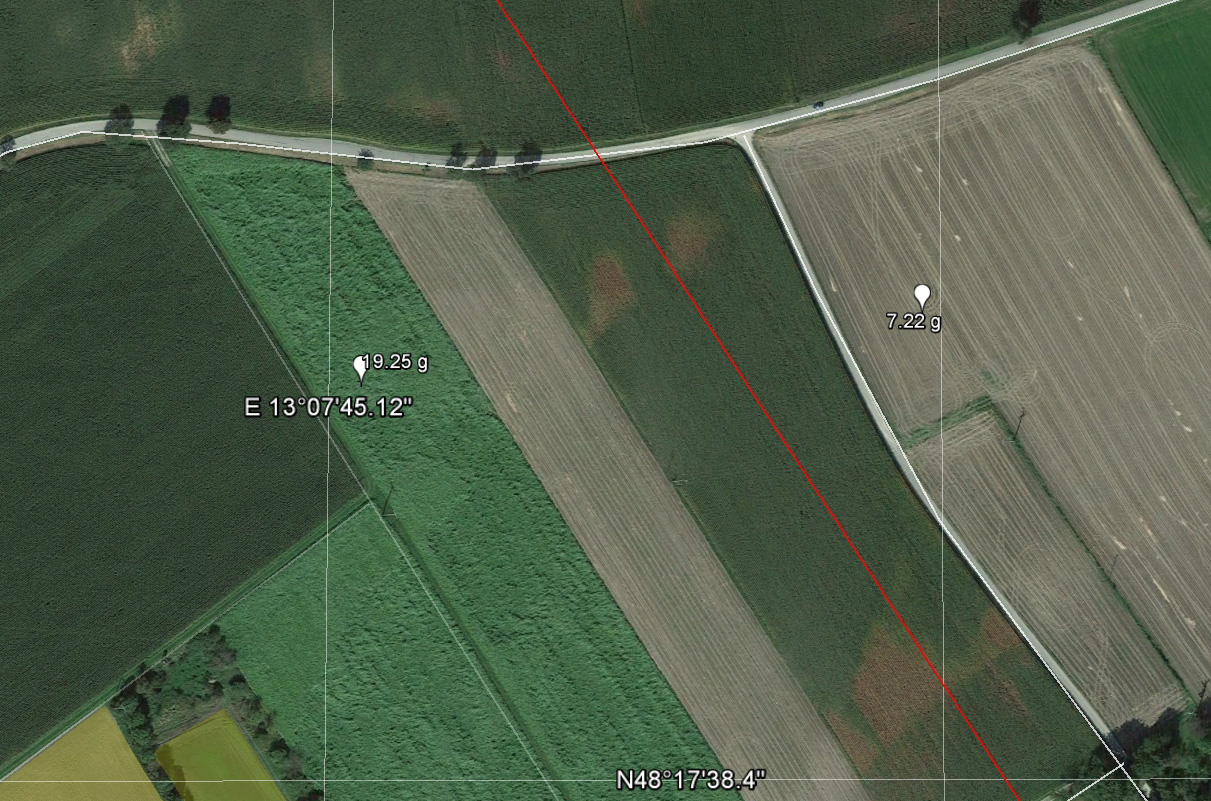 Find locations of the second and third meteorite. 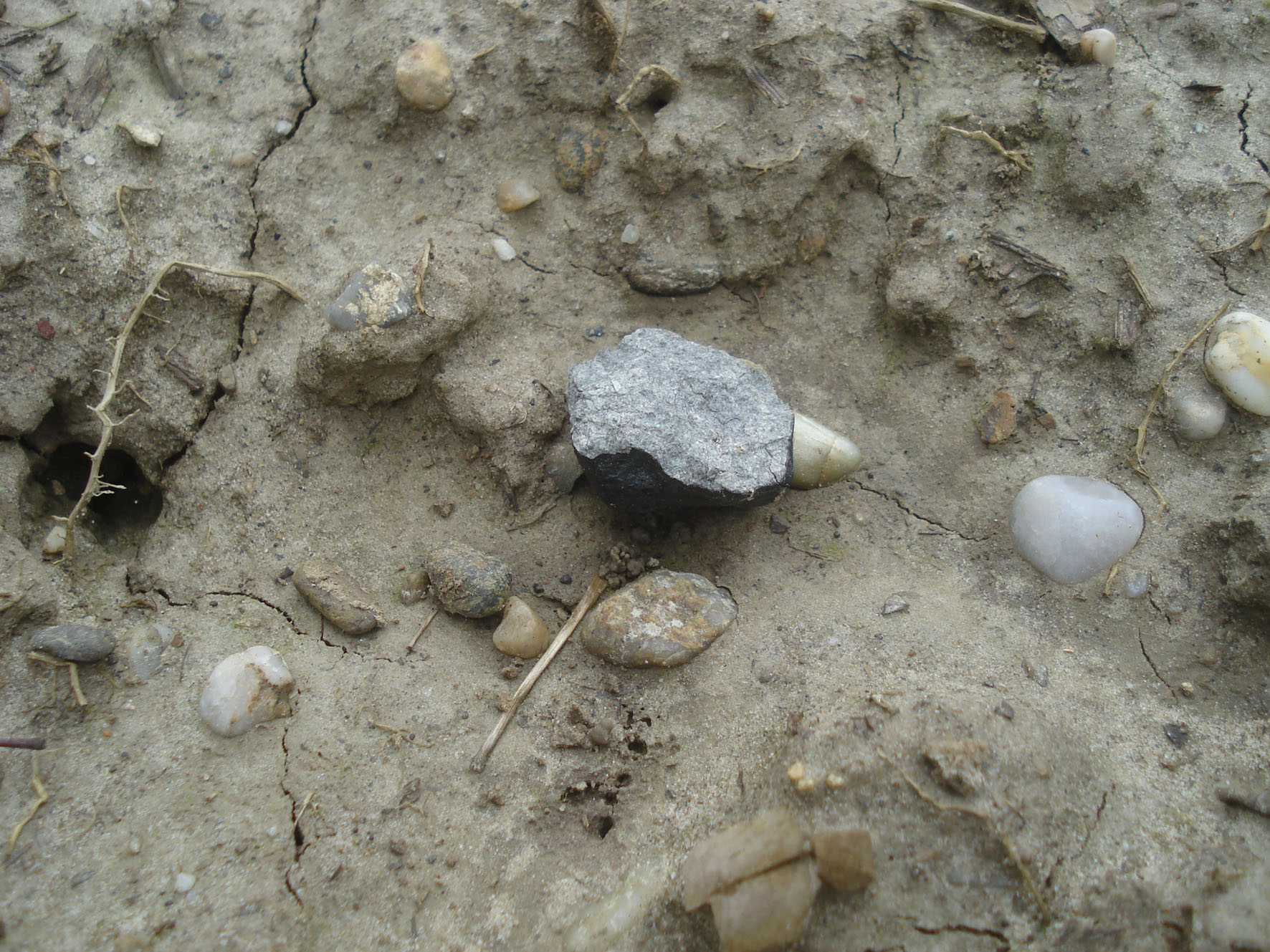 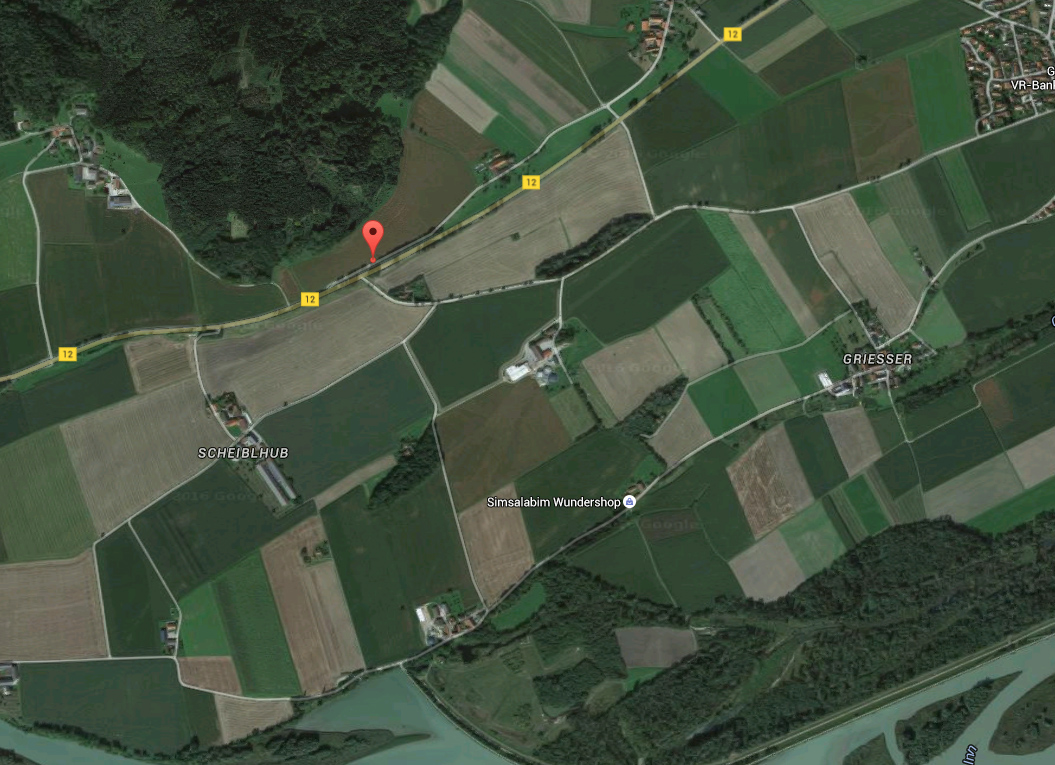 Fall location of the first meteorite

The first meteorite (LL6, S3, breccia) of the fall on 6th March at 9:36:51 p.m. UTC was found on March 12 at 12:05 p.m.. After only two hours and five minutes of searching the meteorite enthusiast Michael Krippner from Austria found the first meteorite fragment, weighing 6.21 grams, in the municipality Ering (Bavaria, Germany) in a field near a small road in the centre of the strewn field. The found specimen does probably stem from the second or third fragmentation of the meteoroid. The strewn field had been meticulously calculated by the Czech astronomer Dr. Pavel Spurný during the five days following the fall. The Austrian finder was a member of a twelve-person Austro-German search team of ambitious amateurs and professionals lead by Dieter Heinlein which had spontaneously gathered within hours as soon as the data of the calculated strewn field were available on March 11. After the first fragment 12 additional fragments (41.67 grams) of the meteorite, which had fragmented on impact, could be collected in the most accessible area of the calculated strewn field on March 12 and March 13. The largest fragment, which was found by Sabine Gumpenberger, weighs 23.58 grams. On March 18 another 2.29 g crusted fragment of the first find was found at the original fall location. All together 14 fragments of the first meteorite with a total weight of 47.88 g could be recovered by ten different finders. Until 15 April 2016 six meteorites with a total weight of 1473 grams had been found.
Most larger, and yet not found, meteorites must have fallen in the dense forest east-southeast of Stubenberg. The terrain in the forest is difficult to search: thick layer of foliage or moss, steep slopes, hedged areas, and dense vegetation. Many fields in the strewn field have been searched, but plowing, sowing and fertilising have already started making finding more meteorites on the fields much more difficult or virtually impossible.

On March 17 Dr. Pavel Spurný of the Astronomical Institute of the Czech Academy of Sciences (AsÚ) and the University Münster published press releases with details about the strewn field and the calculated trajectory.

CONGRATULATIONS TO ALL WHO CONTRIBUTED TO THIS EXEMPLARY INTERNATIONAL COOPERATION! 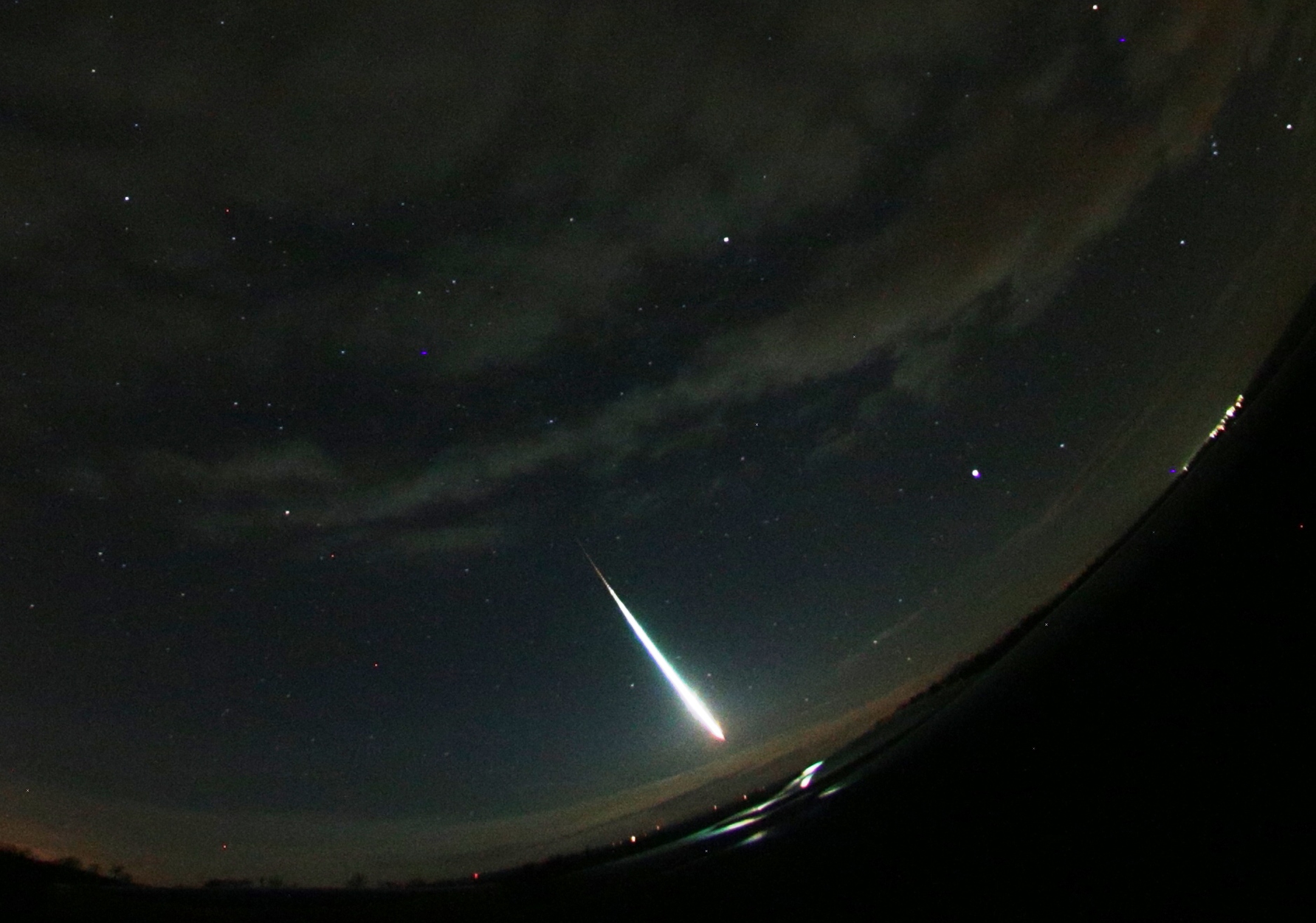 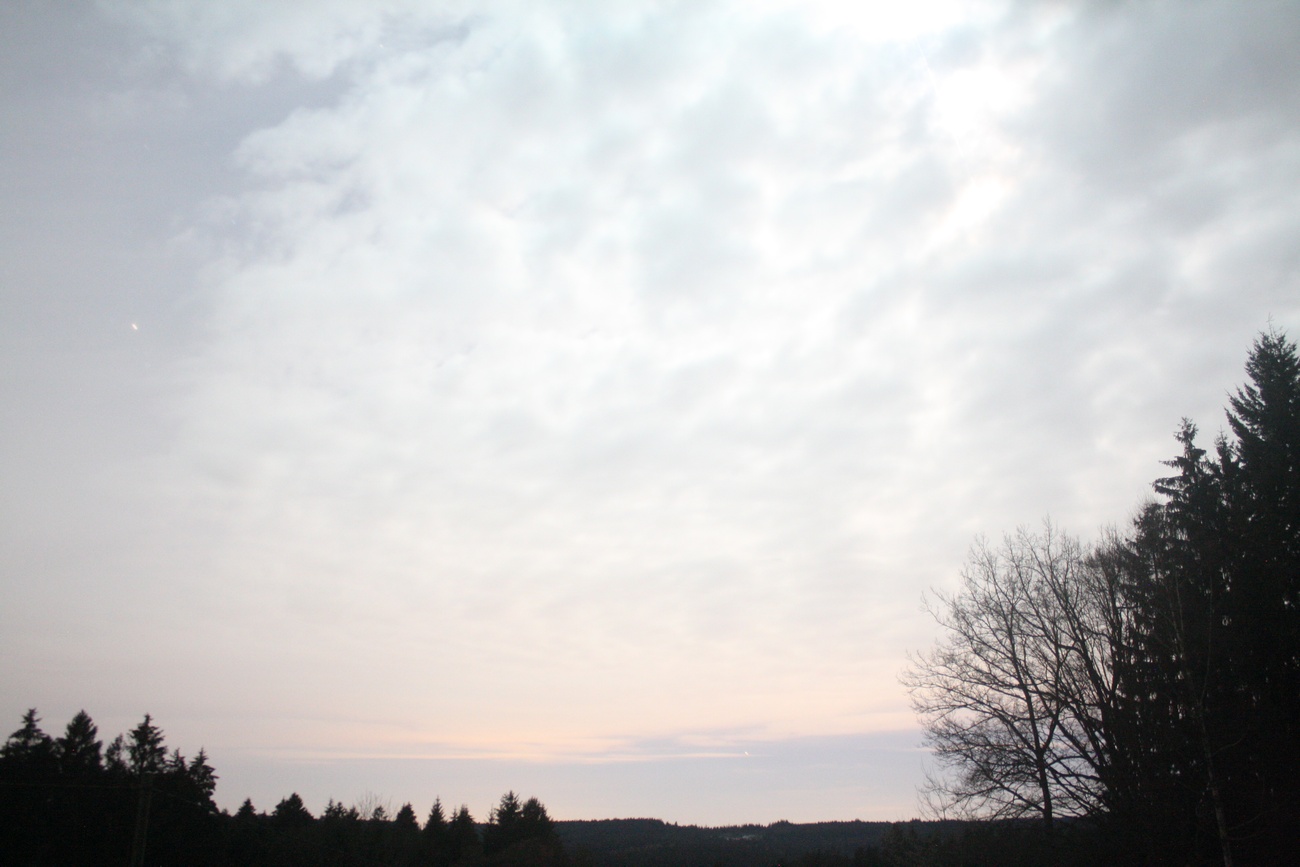 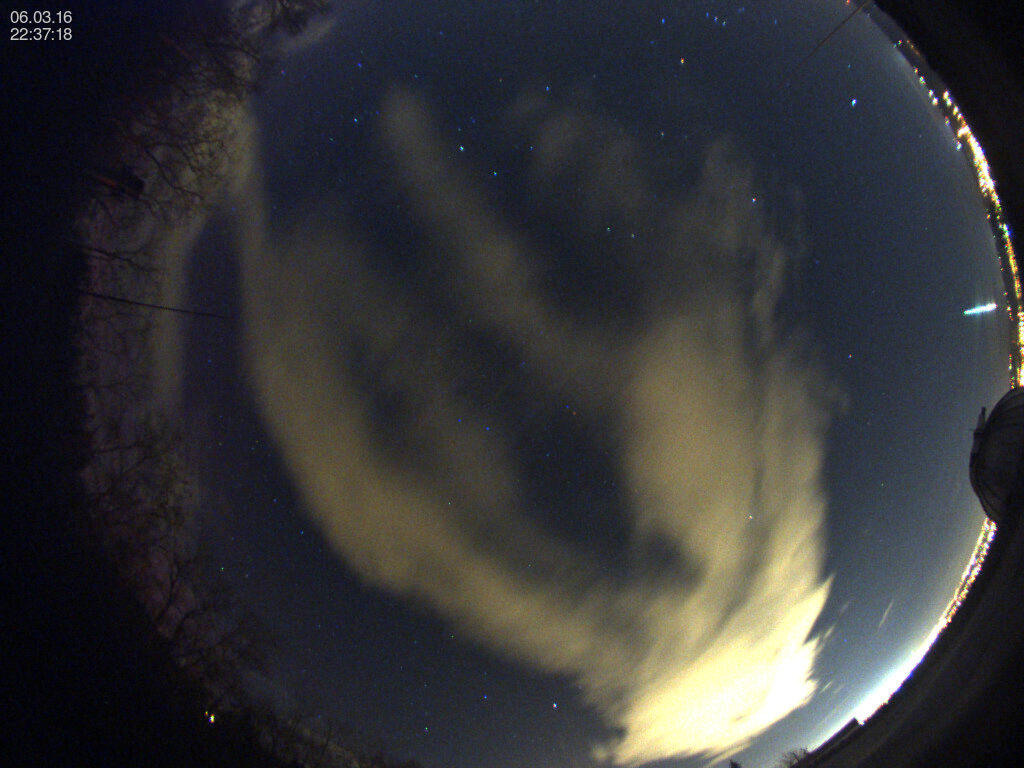