More information on the Dishchii’bikoh Ts’iłsǫǫsé Tsee fall can be read HERE. 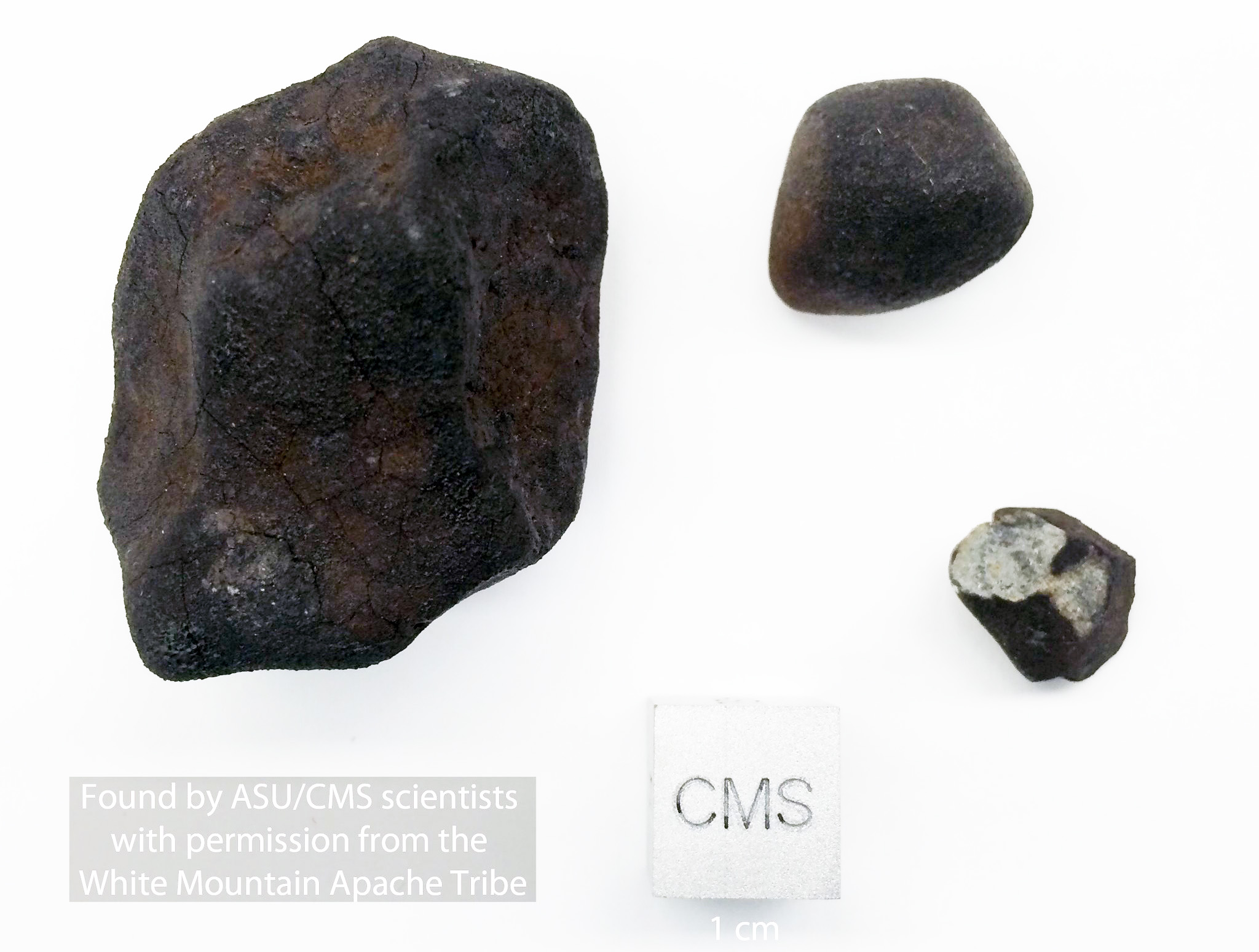 As announced by Arizona State University on 28 June 2016* fifteen meteorites (79.46 g), weighing between 0.9 and 28.64 (29.35 ?) grams, (ordinary chondrites, LL7) have been found during a 132-hour-search expedition by Arizona State University. The first pea-sized meteorite (0.93 g) was found on June 22 by Robert Ward at location 33°53’19.7″ N, 110°37’55.0″ W. The ‘reconnaissance expedition’ was lead by Laurence Garvie who together with ASU’s assistant vice president of tribal relations, Jacob Moore, had contacted Chairman Ronnie Lupe of the tribal council of the White Mountain Apache Tribe shortly after the fall to ask permission to search on tribal land. The search team was supported by tribal chief ranger Chadwick Amos and Game and Fish director Josh Parker. Other team members were Prajkta Mane and Daniel Dunlap, two grad students of ASU’s Center for Meteorite Studies and three private meteorite hunters (Robert Ward, Ruben Garcia and Mike Miller) who had been invited upon condition that they would hand over any found meteorites to ASU. The fifteen found meteorites are property of the White Mountain Apache Tribe and will be curated at ASU. The largest specimen (29.35 g), provisionally named LG2, was found by Laurence Garvie around this location 33°53’01.8″N 110°38’17.9″W on a plateau in the southwestern corner of the White Mountain Apache Reservation. At least one more search expedition is planned. Its goal is to find larger masses to establish a map of a strewn field. The negotiations between ASU and the tribal council are said to be in progress. The meteorites found so far are on public display at the Center for Meteorite Studies at Arizona State University . 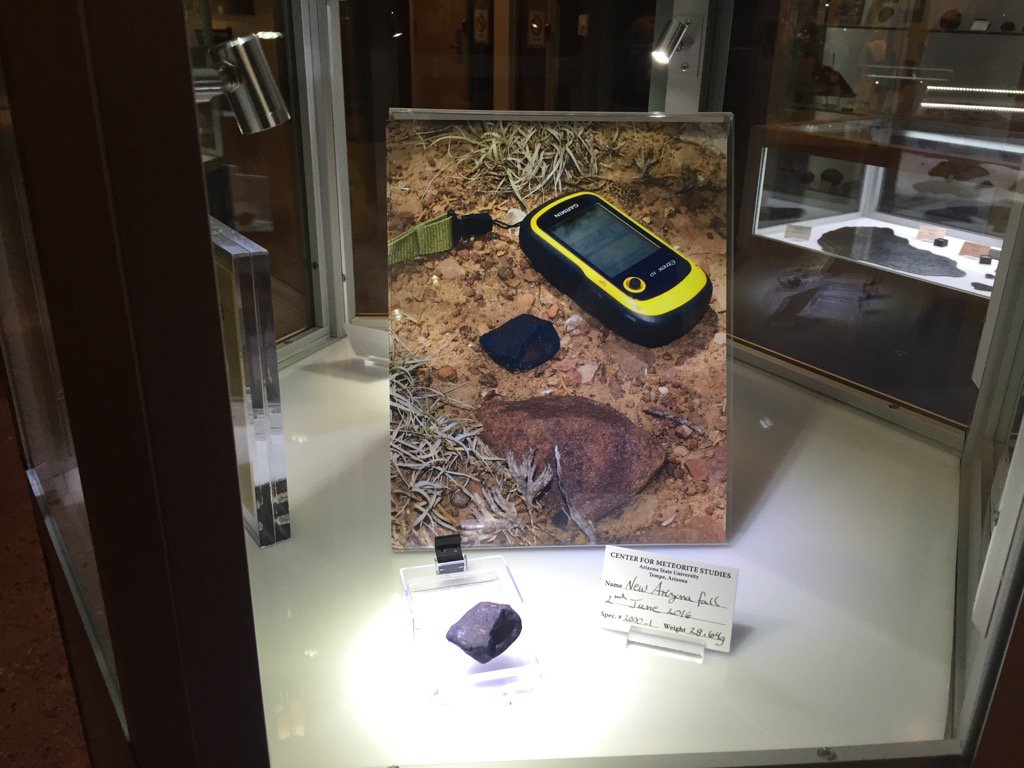 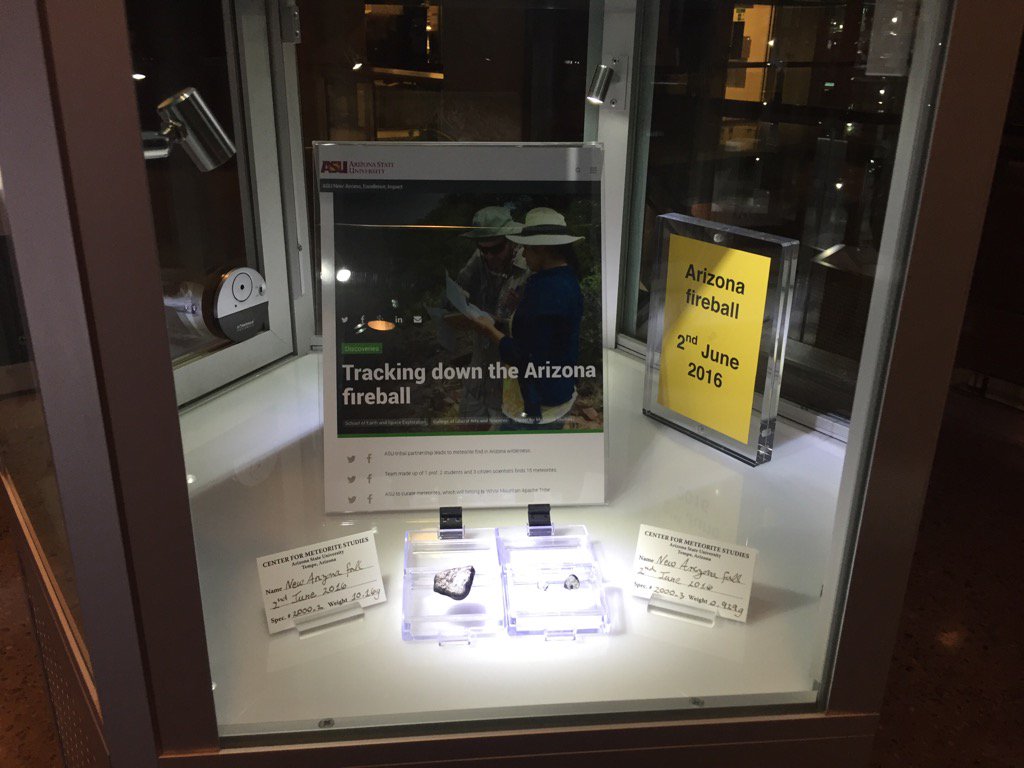 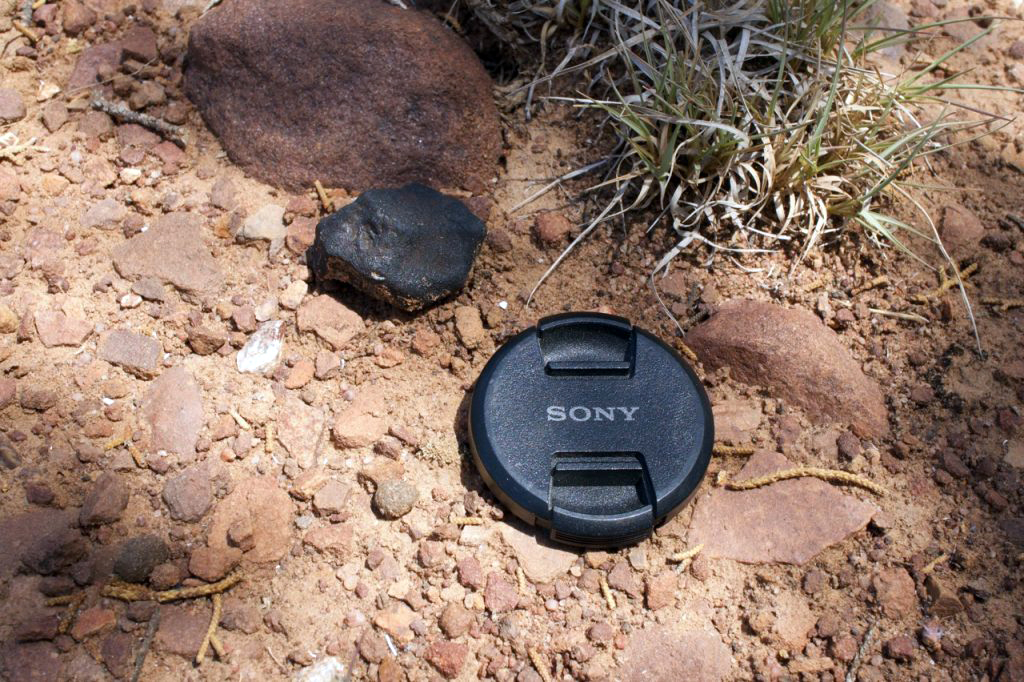 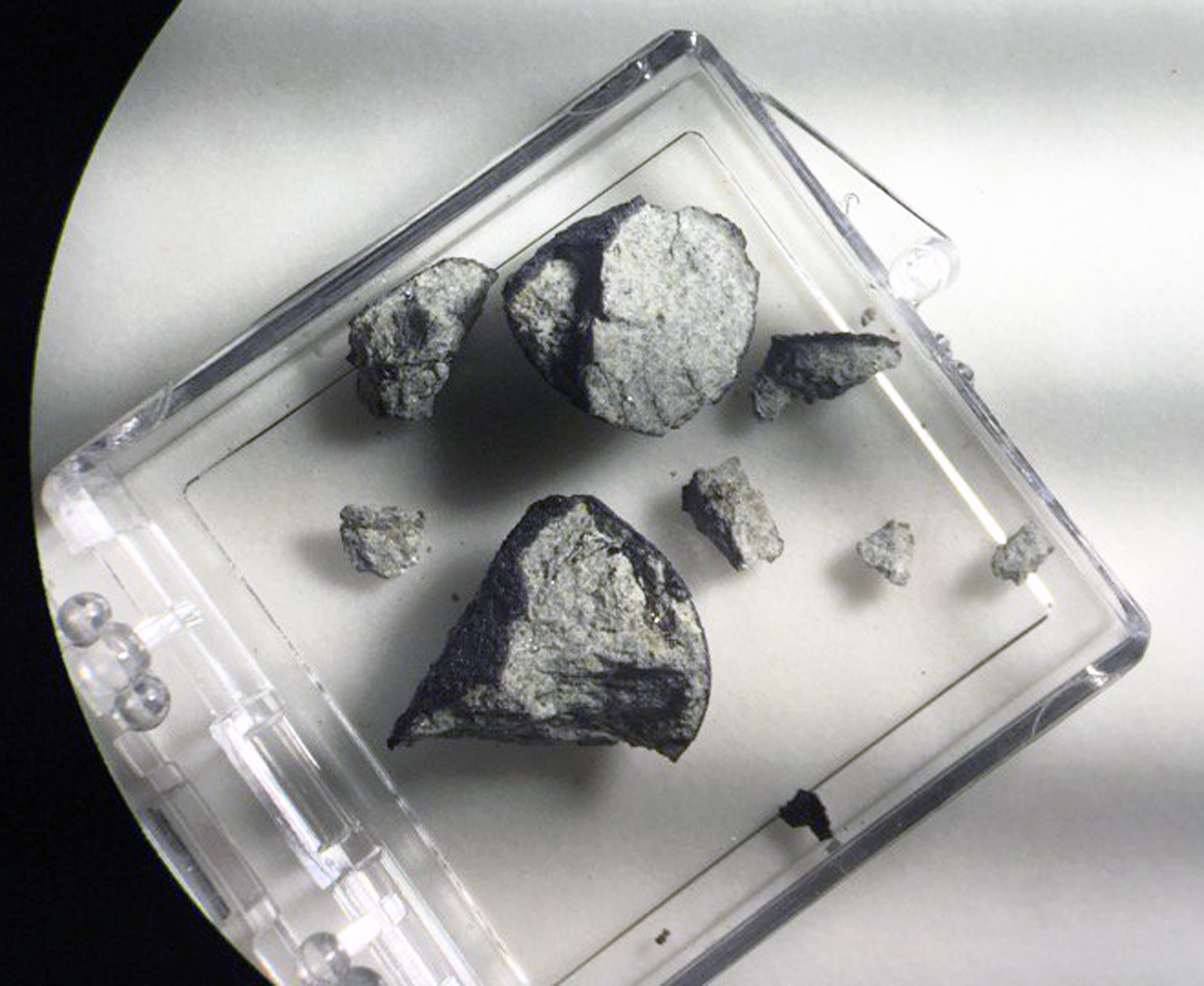 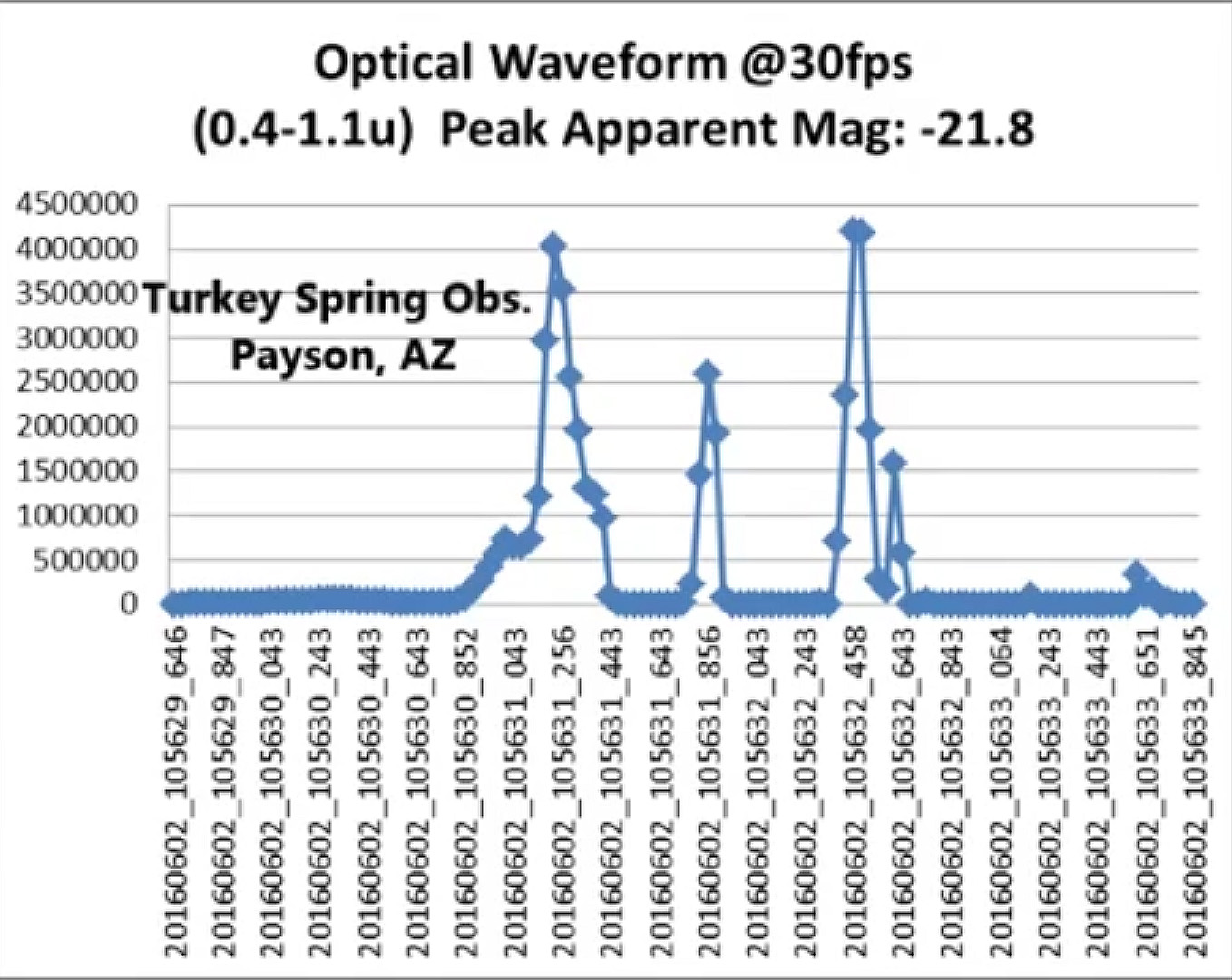 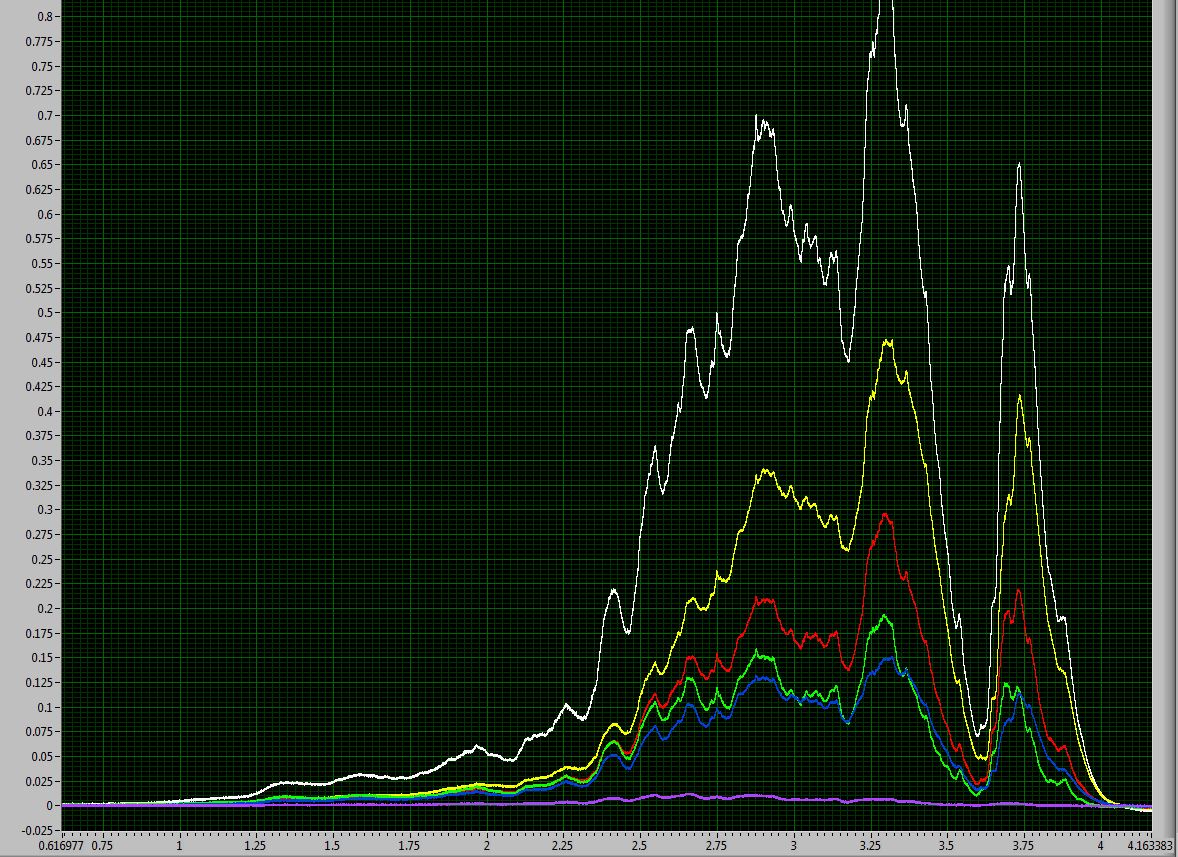 The MultiSpectral Radiometer (MSR) data of the Sandia station in Albuquerque / Image : SkySentinel 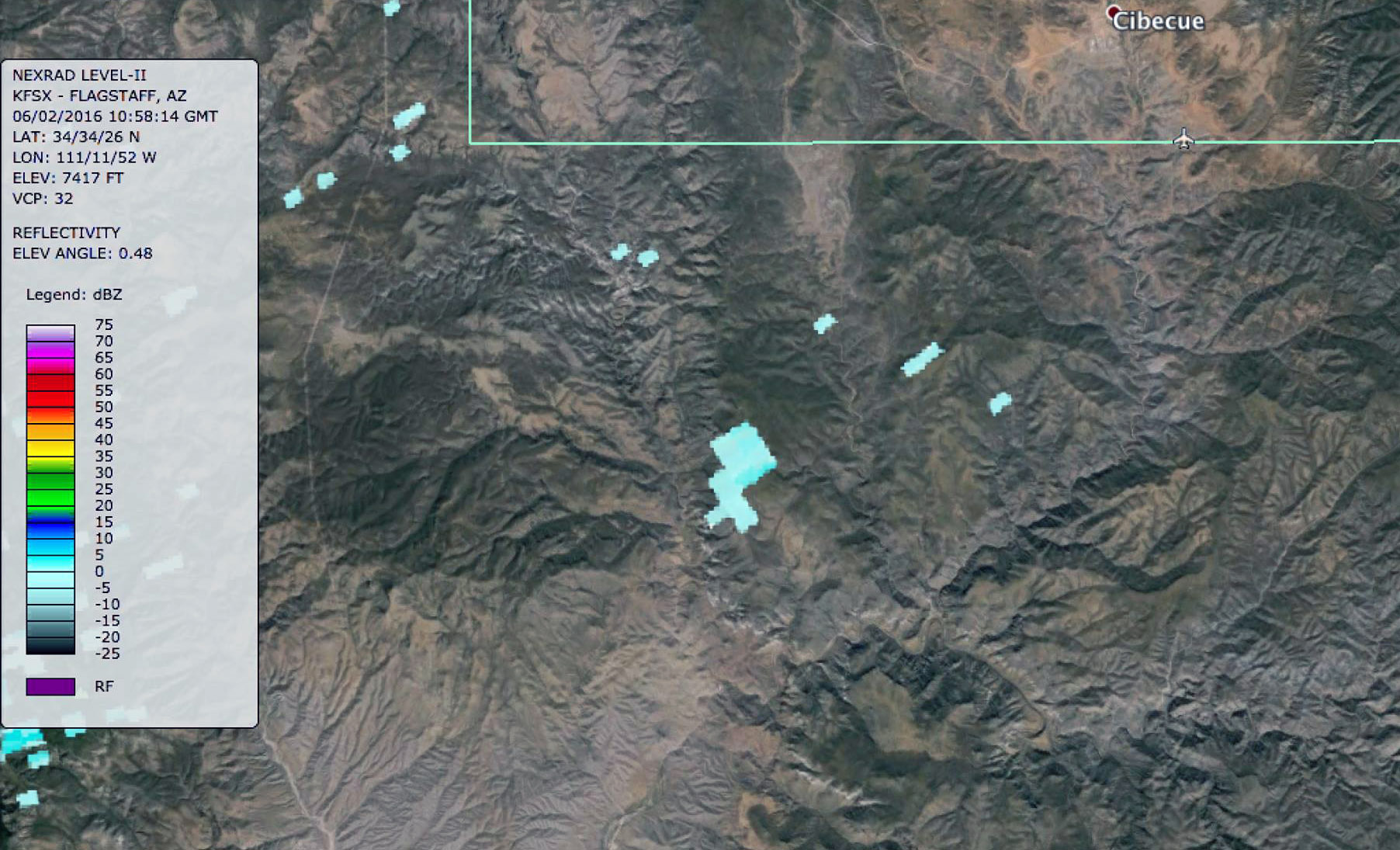 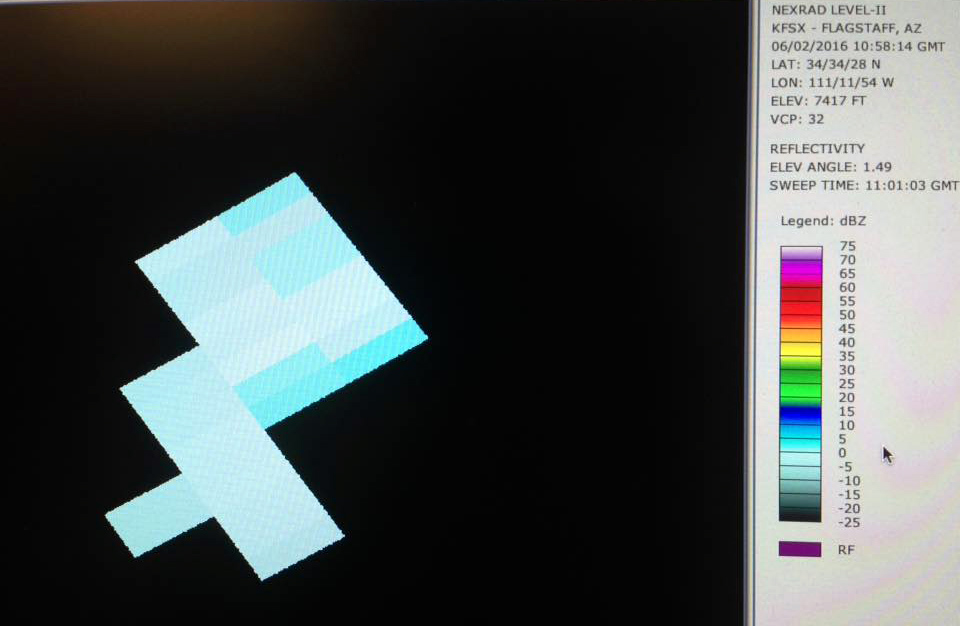 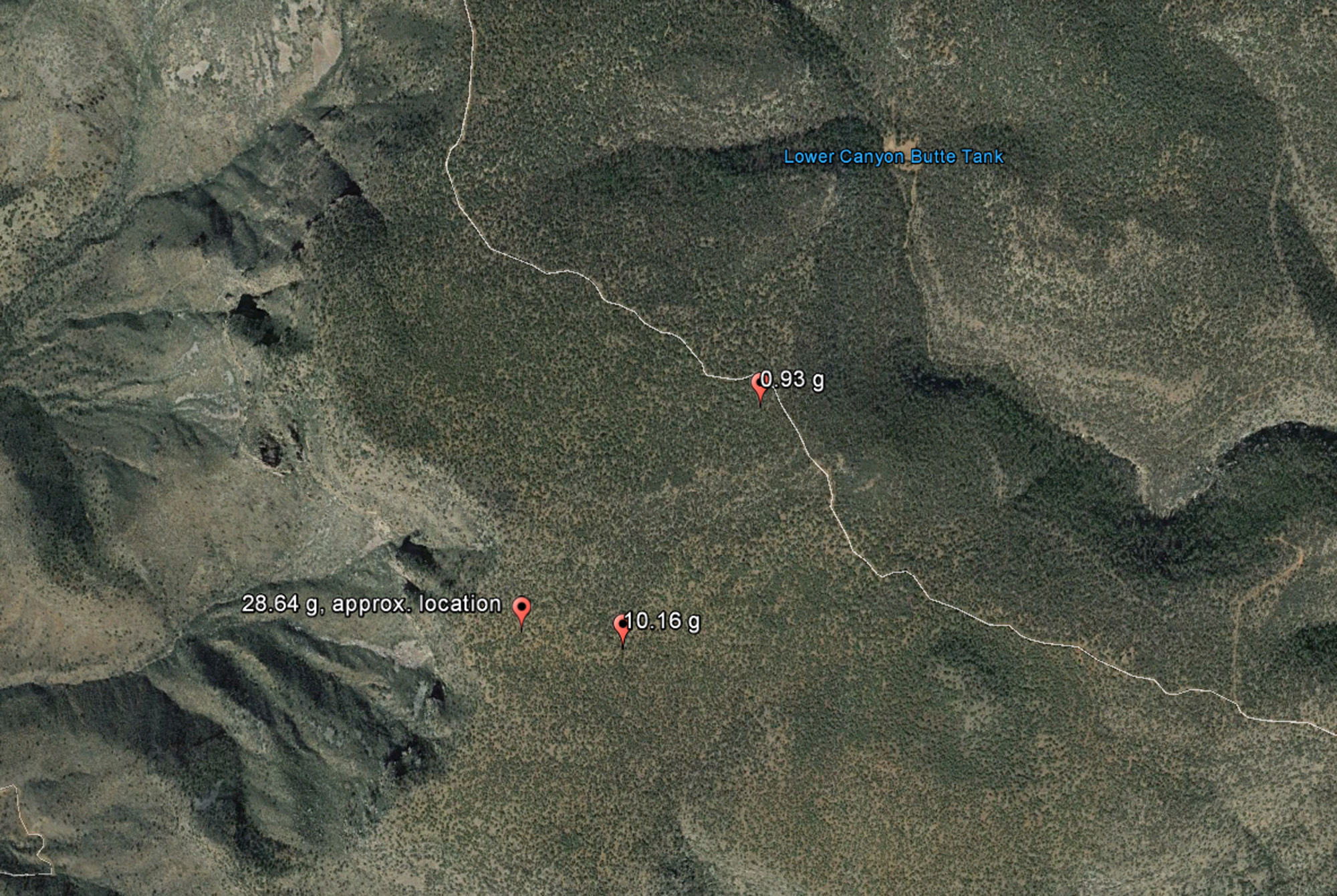 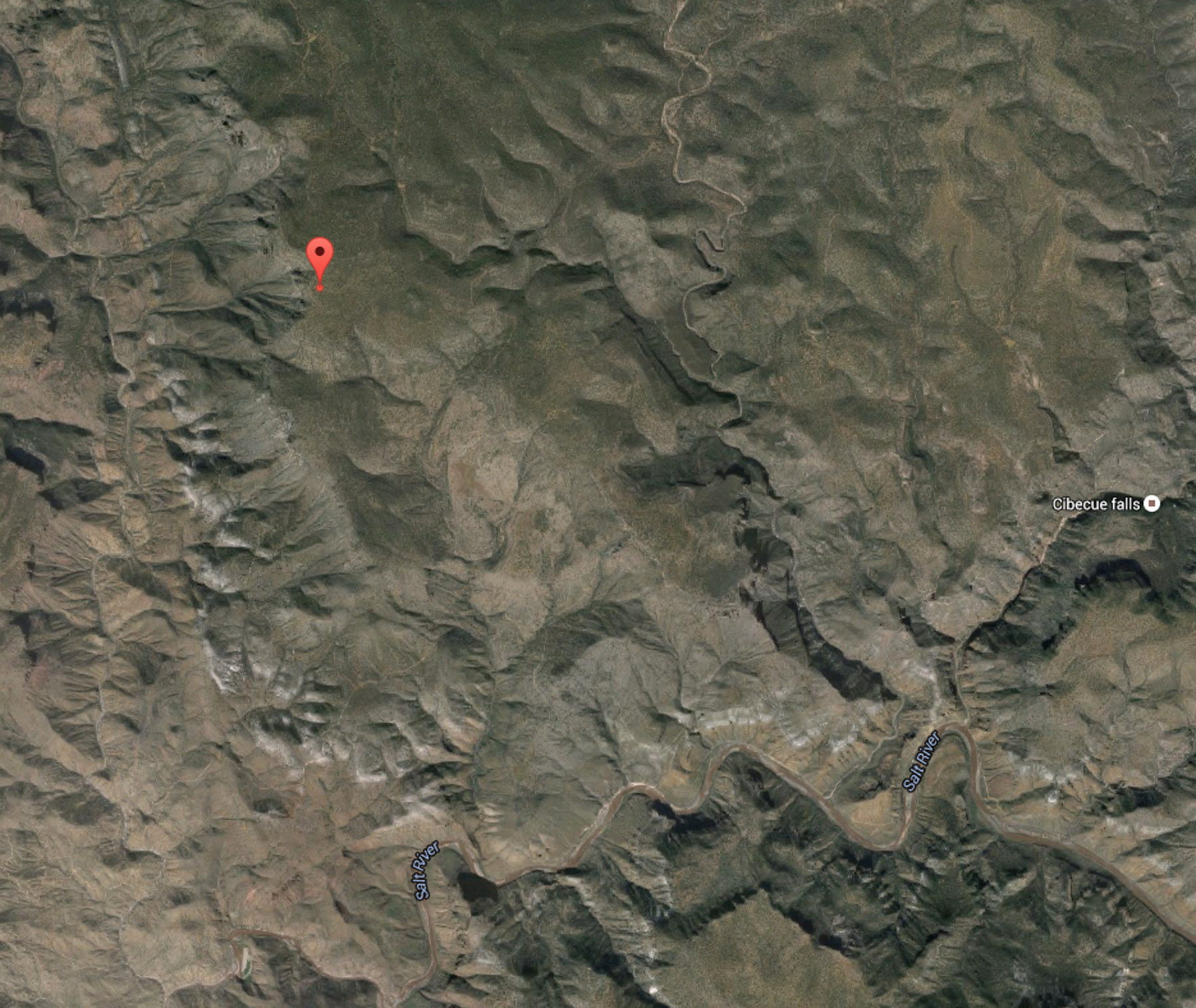 Area of possible strewnfield in Fort Apache Reservation (west of Canyon Creek, north of Salt River) with fall location of the 29.35 g mass

The Apache tribal police does not allow private meteorite hunters enter their territory without permission and charges fine of up to several hundred dollars per person. Meteorite hunters who arrived in the potential fall area on 3 June had to pay fines of up to a few hundred dollars. On 11 June it was announced that the researchers of Arizona State University’s Center for Meteorite Studies have received special permission to search for meteorites on the tribal land of the White Mountain Apache. The strewn field in the mountainous desert area was calculated to be about 8 miles long and one mile wide.

Bolide recorded by Mark Olhava on the I40 highway eastbound.

Bolide recorded by Ian Schlueter from Cooper road and the 202 in Chandler, Arizona 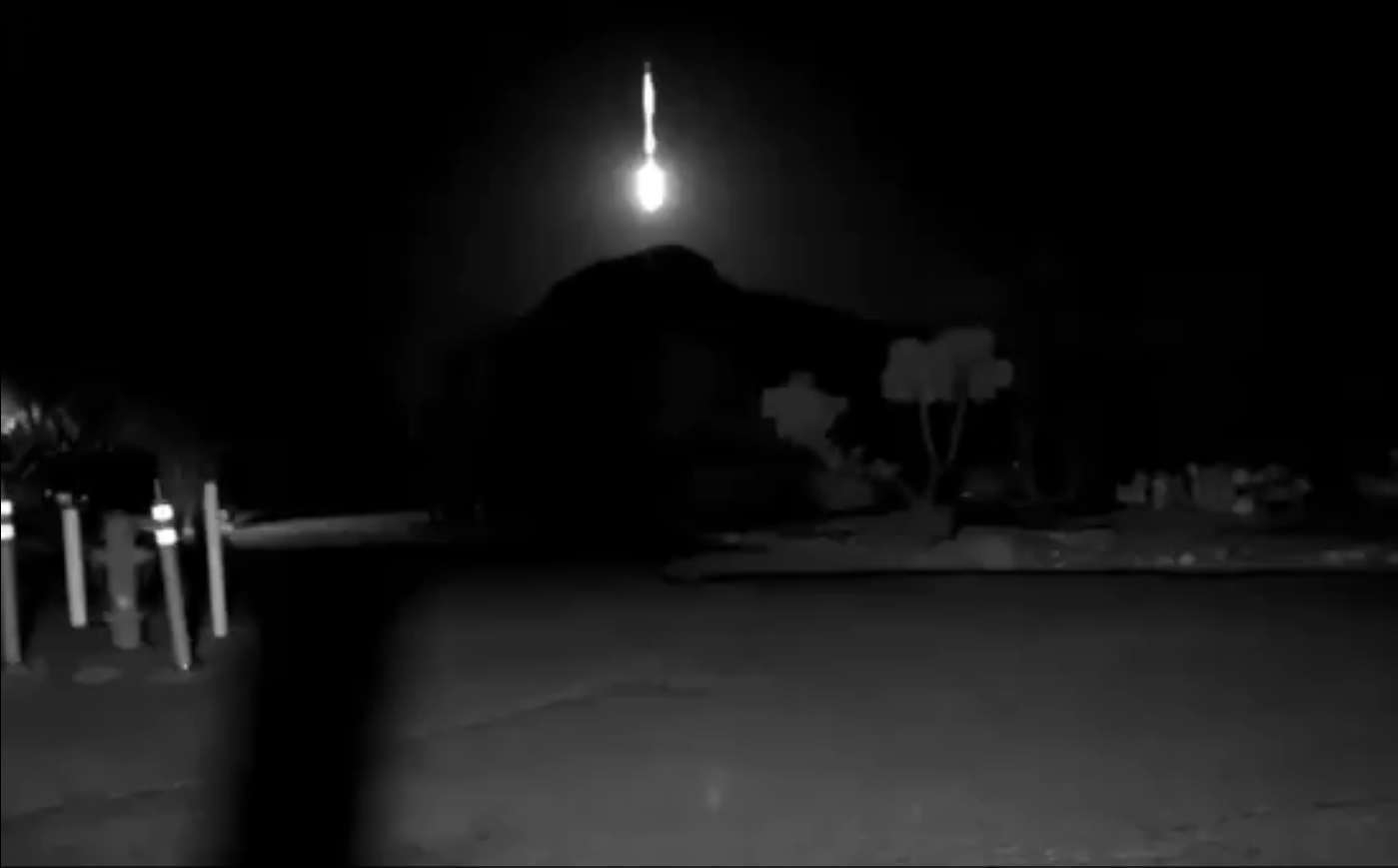 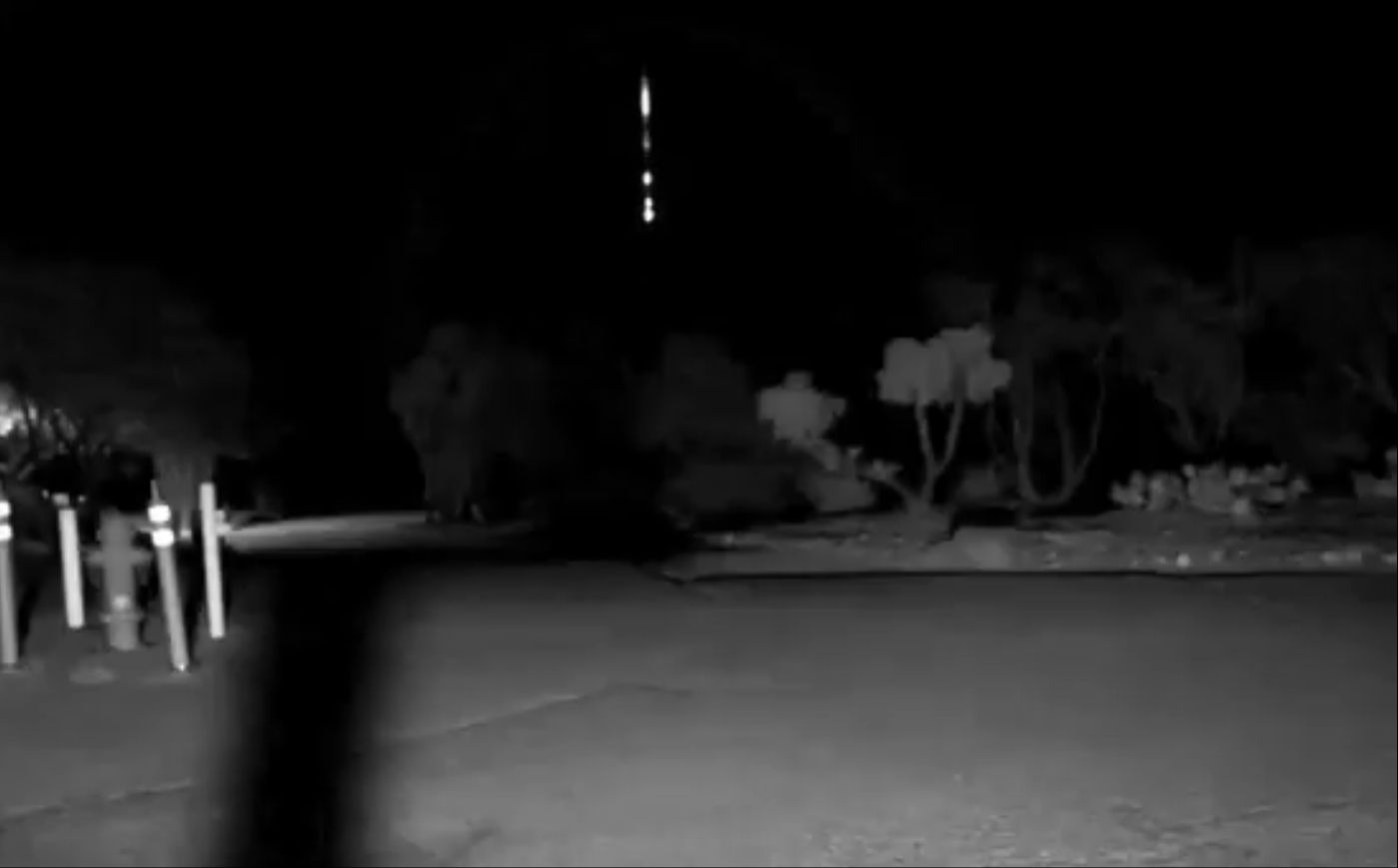 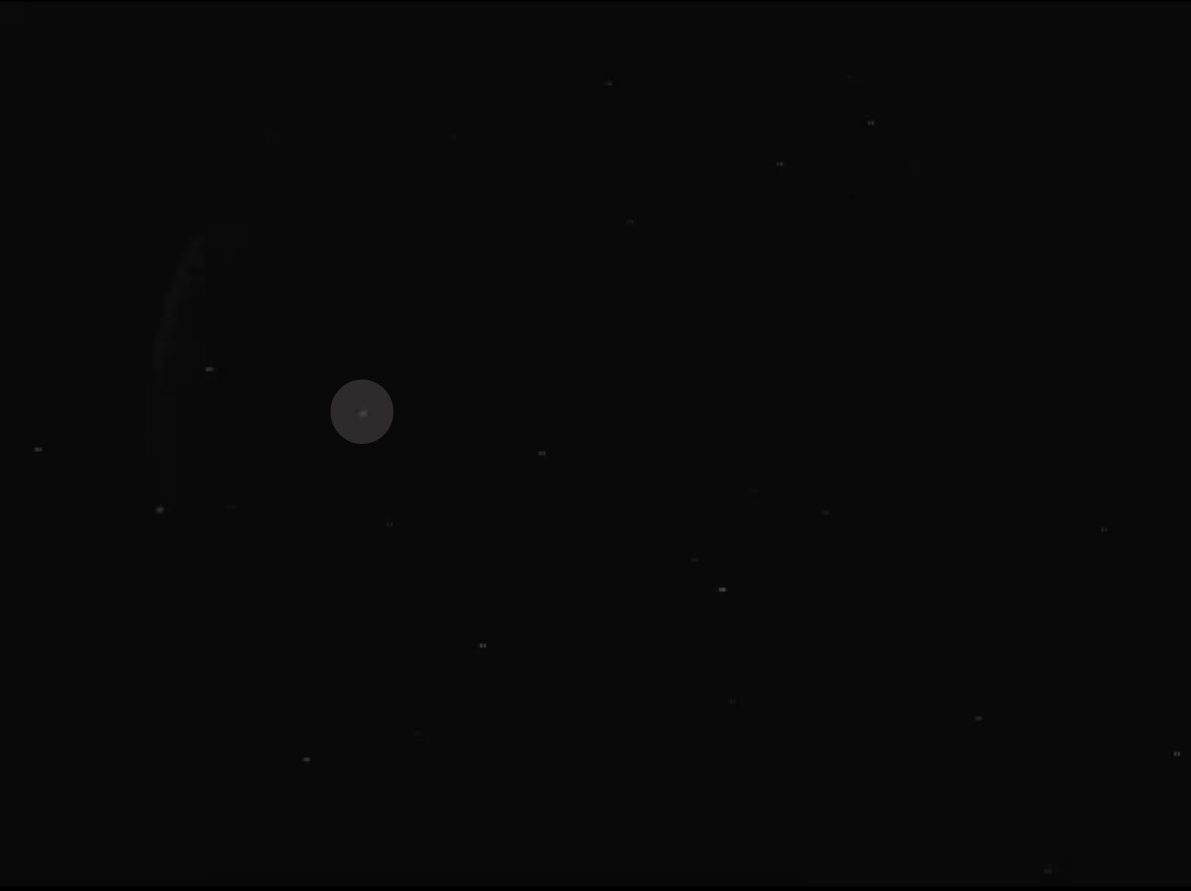 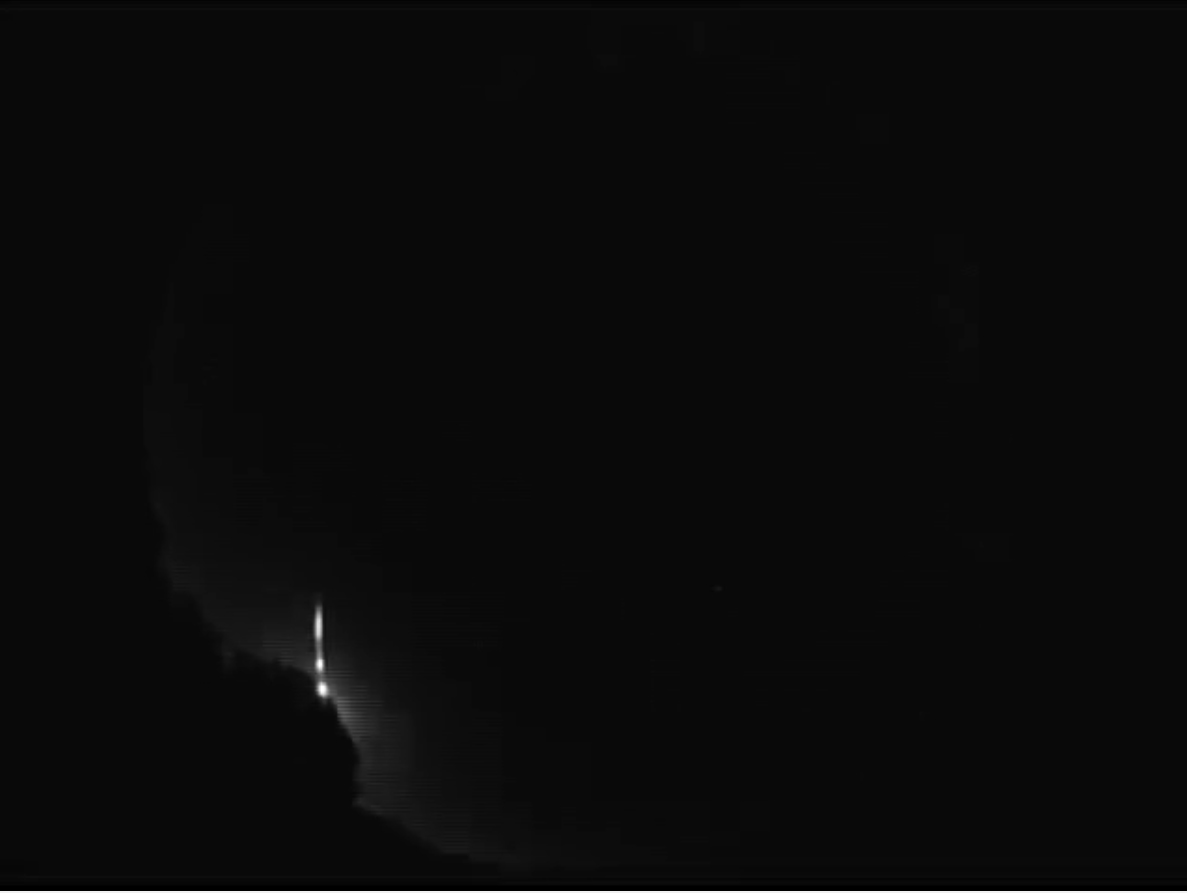