A first British meteorite expedition to Antarctica to locate subsurface iron meteorites in 2019/20 is being planned.

The expedition of a University of Manchester multidisciplinary research team is operationally and logistically supported by the British Antarctic Survey (BAS). A new detection equipment to locate the subsurface iron meteorites in unexplored regions of inland Antarctica has been developed with the financial support of a research grant provided by the Leverhulme Trust. It has been tested at the Ny-Ålesund research base on the Norwegian Arctic archipelago of Svalbard. The main expedition is planned for early 2020. Dr Katherine Joy plans to go to Antarctica in late 2018 on an initial survey to assess meteorite stranding zones on blue icefields. It is hoped that several iron meteorites will be found during the 2019/20 search exhibition and will be brought back to Manchester for analysis and curation. Members of the team are Dr Geoffrey Evatt, University of Manchester; Dr Katherine Joy, University of Manchester; Professor Dave Abrahams, Cambridge University; and Professor Anthony Peyton, University of Manchester. 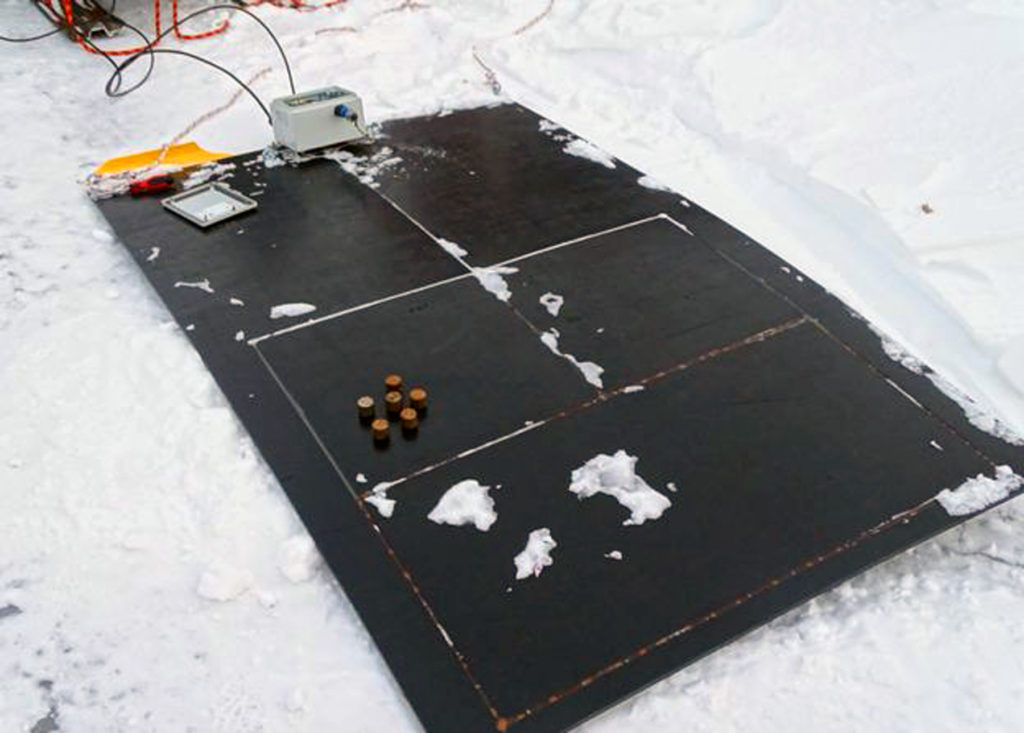 Six dummy meteorites on an individual skidoo-dragged detector panel during equipment testing near the Ny-Ålesund Arctic base on Svalbard. Photo: Manchester University

Expedition to uncover the ‘lost’ meteorites of Antarctica
(27 January 2017)

Dr Geoffrey Evatt from The University of Manchester explains the project in six videos.