“The occurrence of extraterrestrial organic compounds is a key for understanding prebiotic organic synthesis in the universe. In particular, amino acids have been studied in carbonaceous meteorites for almost 50 years. Here we report ten new amino acids identified in the Murchison meteorite, including a new family of nine hydroxy amino acids. The discovery of mostly C3 and C4 structural isomers of hydroxy amino acids provides insight into the mechanisms of extraterrestrial synthesis of organic compounds. A complementary experiment suggests that these compounds could be produced from aldehydes and ammonia on the meteorite parent body. This study indicates that the meteoritic amino acids could be synthesized by mechanisms in addition to the Strecker reaction, which has been proposed to be the main synthetic pathway to produce amino acids.”

Table 1: Amino acids identified in the Murchison meteorite and the experimental products. 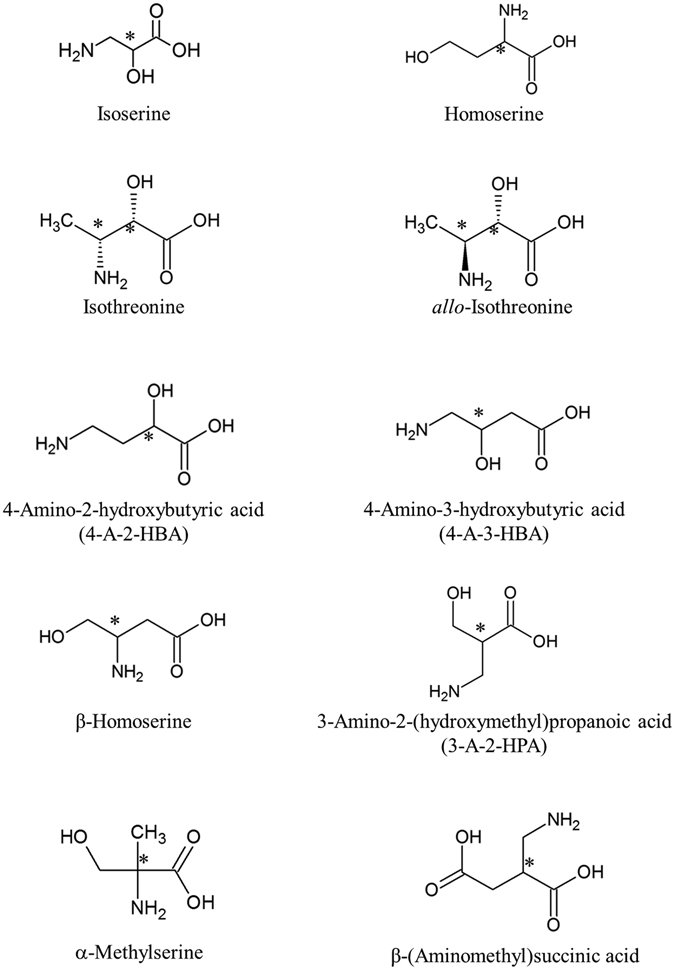 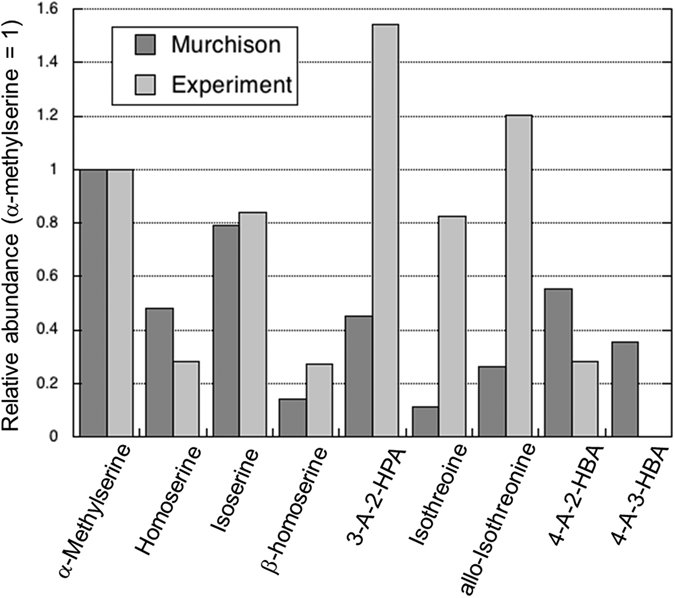 Relative abundance of the newly identified hydroxy amino acids between the Murchison meteorite and the experiment. 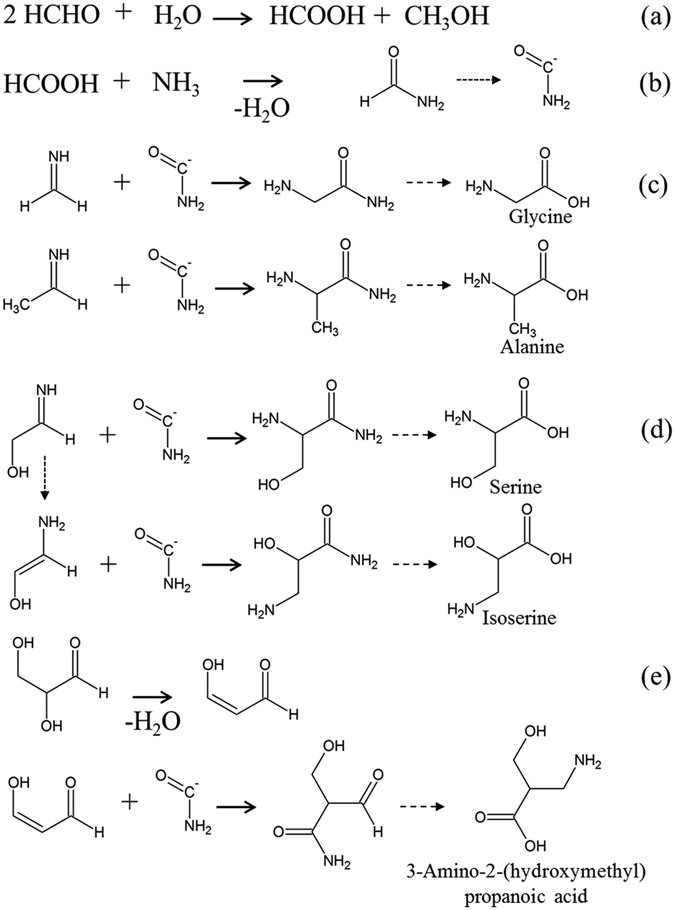