Is the newly discovered structure  on the Roi Baudoin Ice Shelf (Princess Ragnhild Coast, Queen Maud Land, East Antarctica) really an impact crater or rather an ice doline, as proposed by Doug MacAyeal from the University of Chicago?

The analyses of the acquired Polar 6 measurements at the Alfred-Wegener-Institut will not start until the beginning of February and might take several months.

What caused the ring structure? On exploration …
by Dr. Olaf Eisen (19 January 2015)

There is apparently no connection to the Antarctic superbolide of 3rd September 2004.

The size of the structure (~ 3 km) does speak against it being the result of a meteorite impact in connection to the superbolide of 3 September 2004 as well.

Furthermore, the structure can be seen on images of the region from the 1990s. This animation by Allen Pope shows how the position of the structure has moved with the ice since the 1990s.

“On December 20th, while on mission aboard AWI’s Polar 6 aircraft over the Princess Ragnhild Coast, geophysicist Christian Müller from Fielax (a company supporting the survey), looked out of the window of the aircraft and spotted an unusual formation in the ice over the King Baudoin Ice Shelf.” Aerial photo of the crater site, taken with the Polar 6 board camera, while the aircraft was flying 7000 feet above the ice shelf. Photo: Alfred-Wegener-Institut 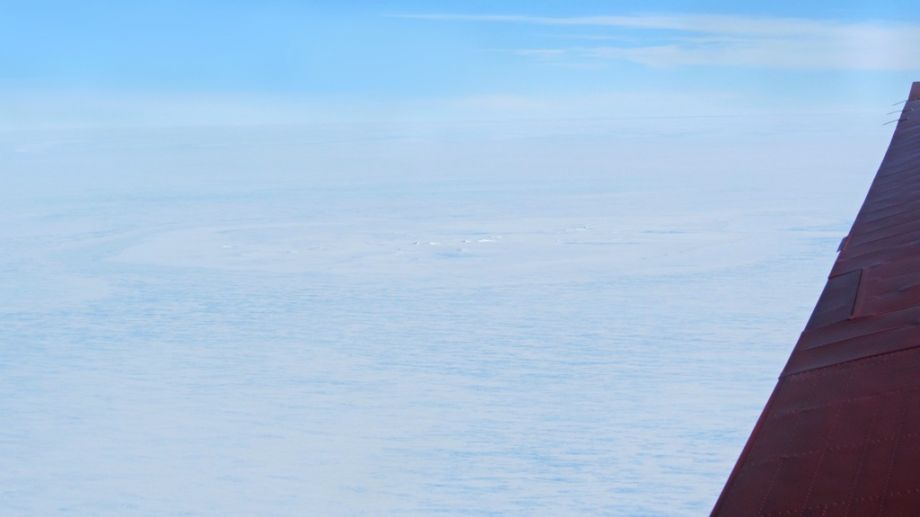 A serendipitous find during an airborne geophysical survey

“In this video, you see footage of Christian Müller, along with AWI survey team leader Graeme Eagles, describe what they found on the ice shelf.” 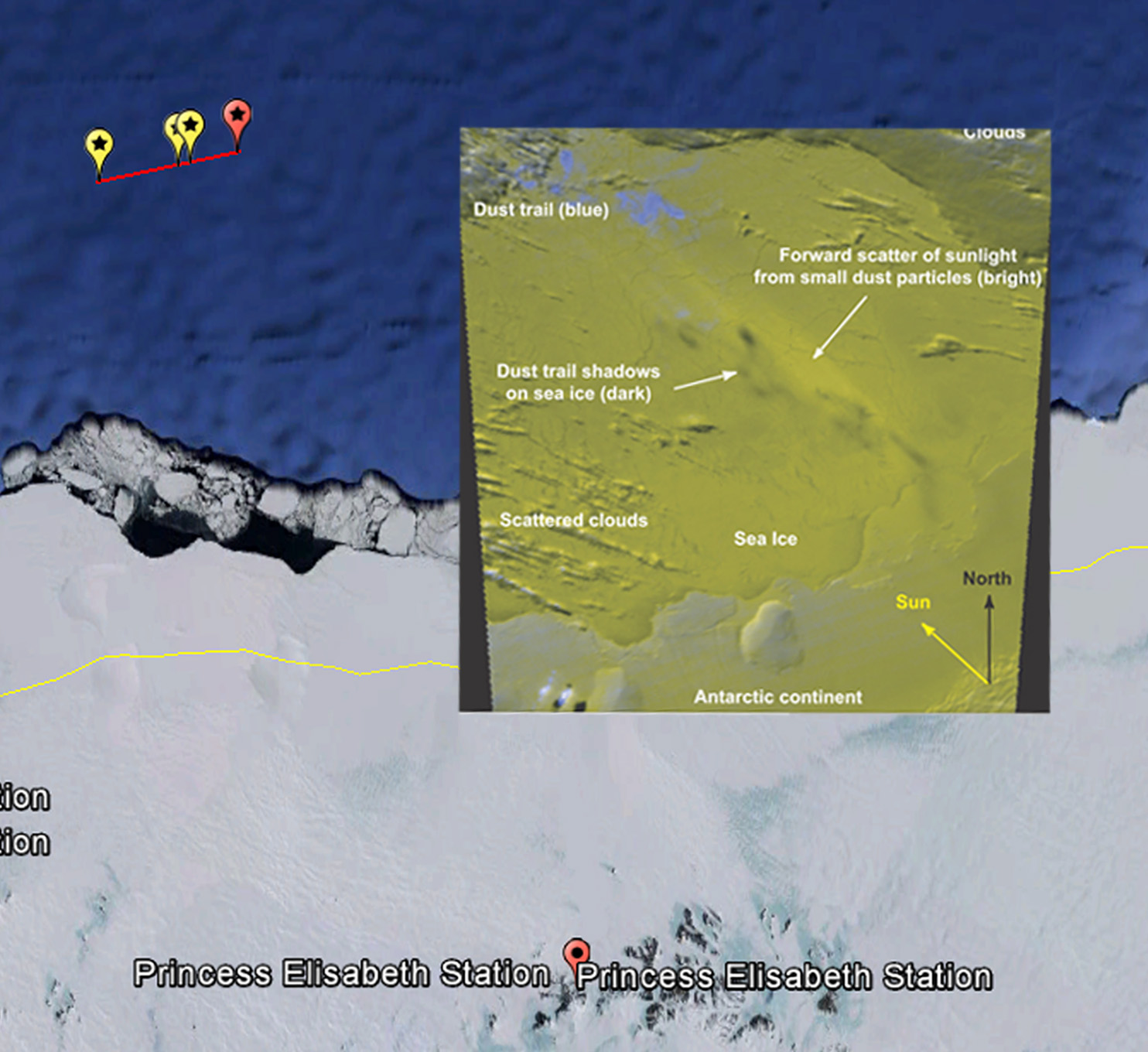 LPSC 2023
Abstract Submission Deadline: January 10, 2023
New meteorites not yet approved by the Nomenclature Committee must be submitted no later than December 5, 2022, in order to be considered in time for the abstract submission deadline.