The bolide’s detonation booms and flares were seen and heard by many witnesses in Kosti, Rabak, Jabalin and Kenana in the early morning (about 00:05 a.m. EAT (UTC+3) ?) of 21 June 2017. The first small meteorite fragments are reported to have been found in the Al-Abbasiya area, south of Kosti in An-Nīl-al-Ābyaḍ (White Nile State), on 24 June at 2 p.m. by a research team of the Institute of Space Research and Aerospace (ISRA) and the University of Khartoum. The search expedition from the southern area near the border to South Sudan towards the north along the observed trajectory of the bolide, including Amima Osman Mohamed Osman, Ziauddin Al-Nu’man, and Khaled Mabrouk Alno of the Department of Physics, University of Khartoum, Khadija Mohammed Mubarak of the Department of Geology, University of Khartoum and Huthaifah Ahmed Barima, Ahmed Taj Alsar Ahmed and Abu Bakr Ahmed al-Tai of the Institute of Space Research and Aerospace (ISRA), lasted three days. Another expedition to collect more meteorite specimens has been planned. More detailed trajectory and dark flight calculations are being performed. The strewn field is apparently expected between the area around Umm Hānī (13°03’11.2″N, 32°42’56.1″E) and the area of Kināna (كنانه ) (~ 12°59’44.5″N, 33°29’29.9″E) [or maybe only the area of the Kenana sugarcane plantation around Kināna City (مدينة كنانة ) (13°03’59.9″N 32°55’32.5″E) was meant]. The found meteorites have been sent to the General Authority for Geological Research (GAGR) in Khartoum for analysis. On 26 June a found fragment was presented during a TV interview with Khaled Mabrouk Al-Nou ( خالد مبروك النو ) from the Department of Physics (University of Khartoum) and Ahmed Barima ( حذيفة احمد ) from the Institute of Space Research and Aerospace (ISRA) 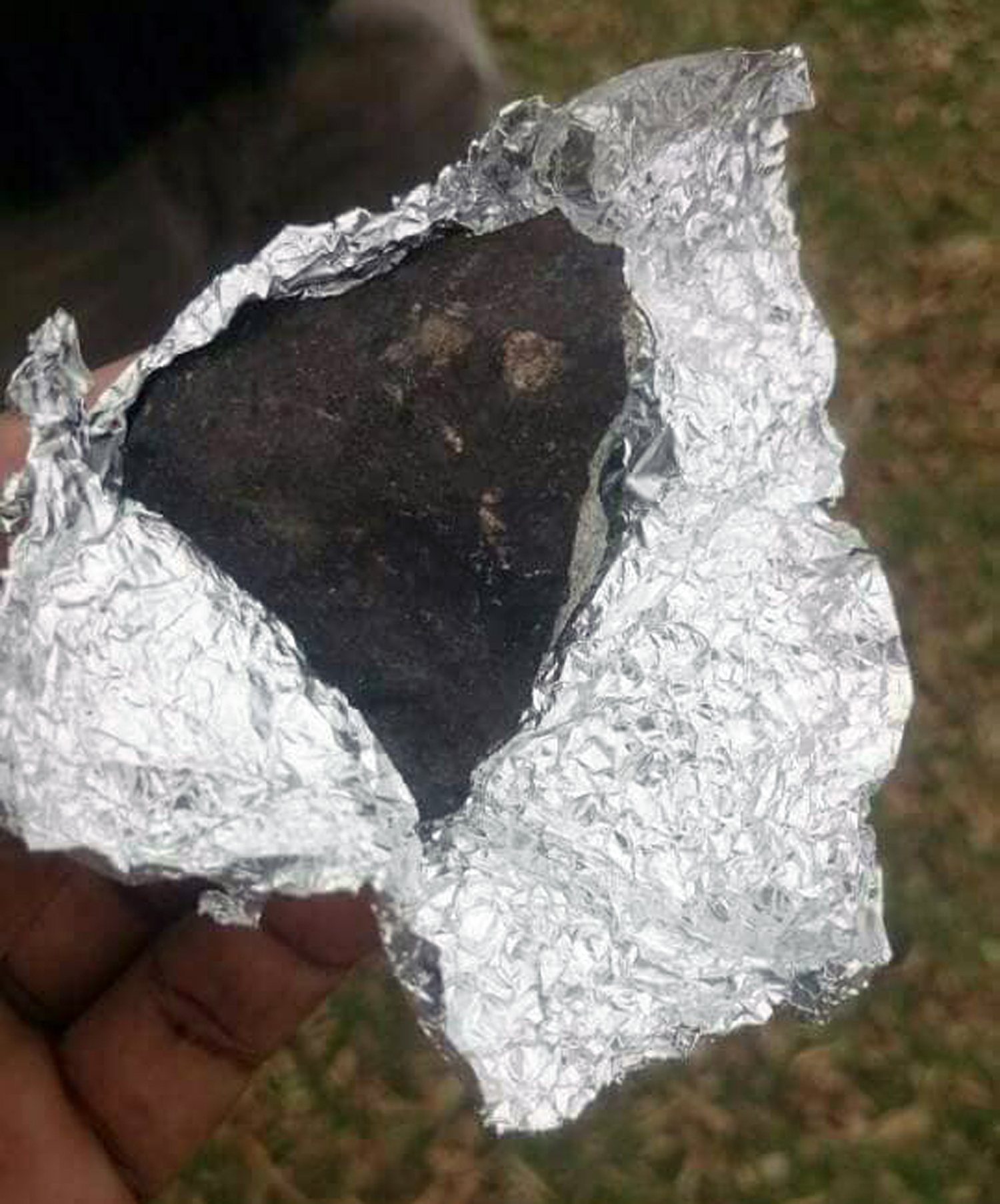 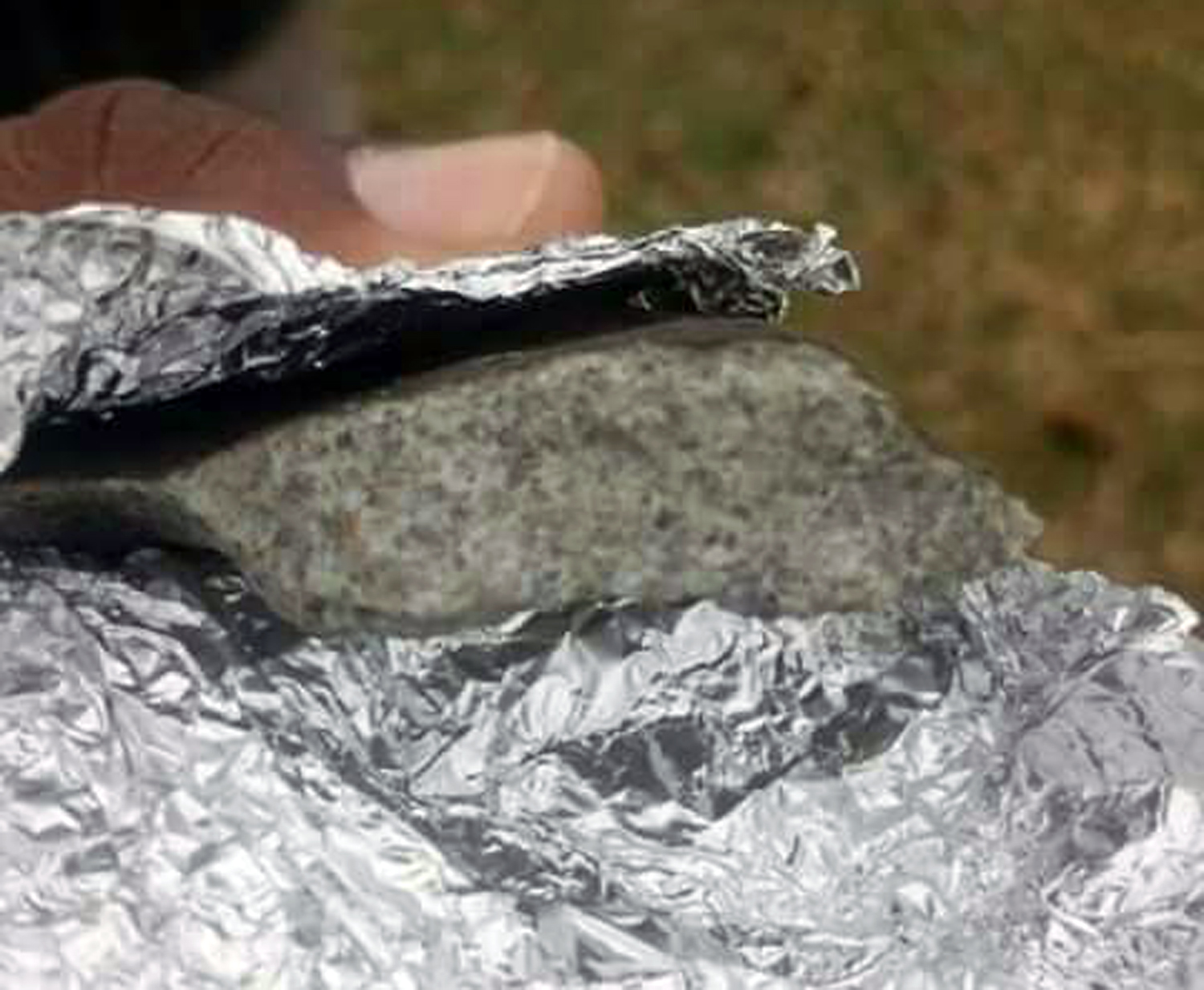 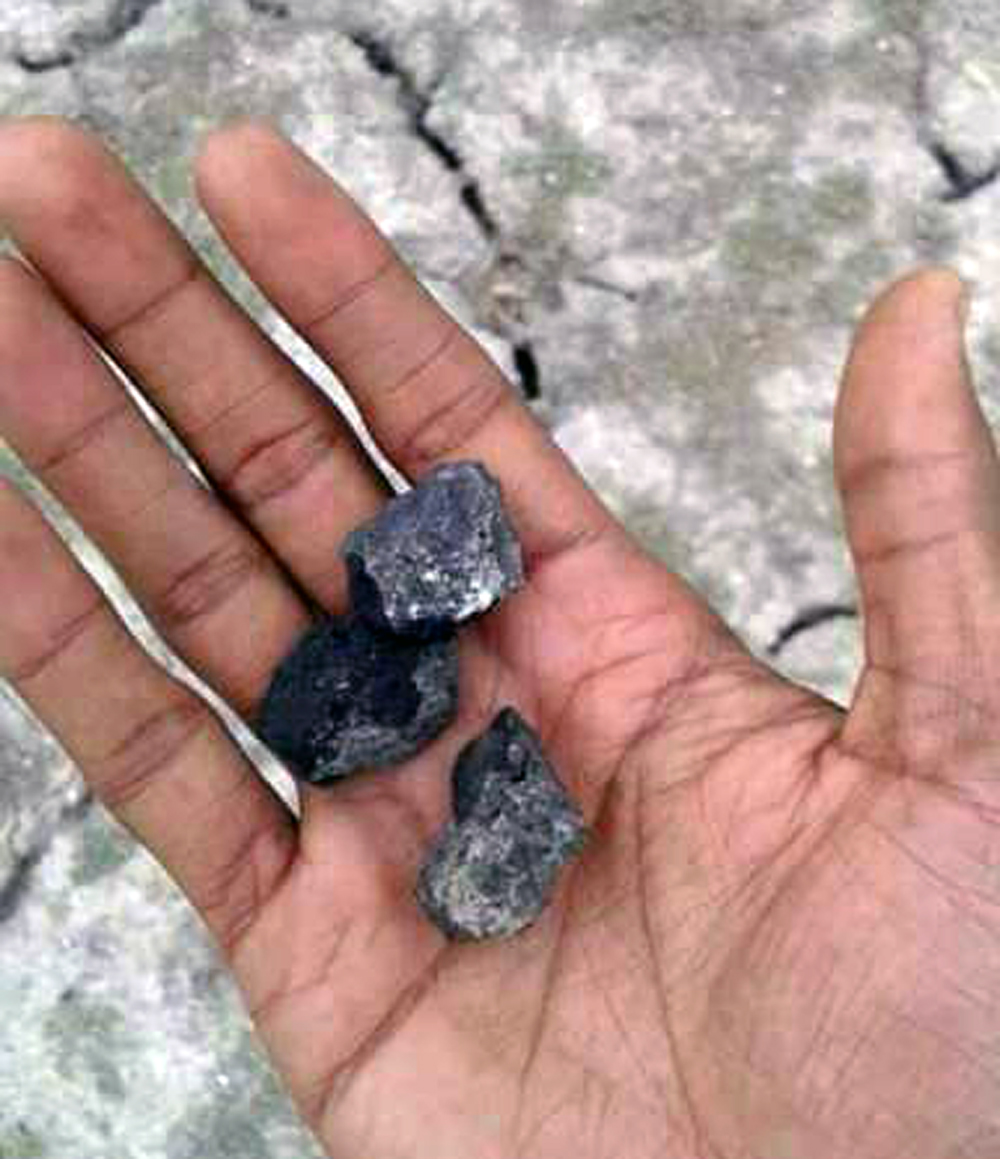 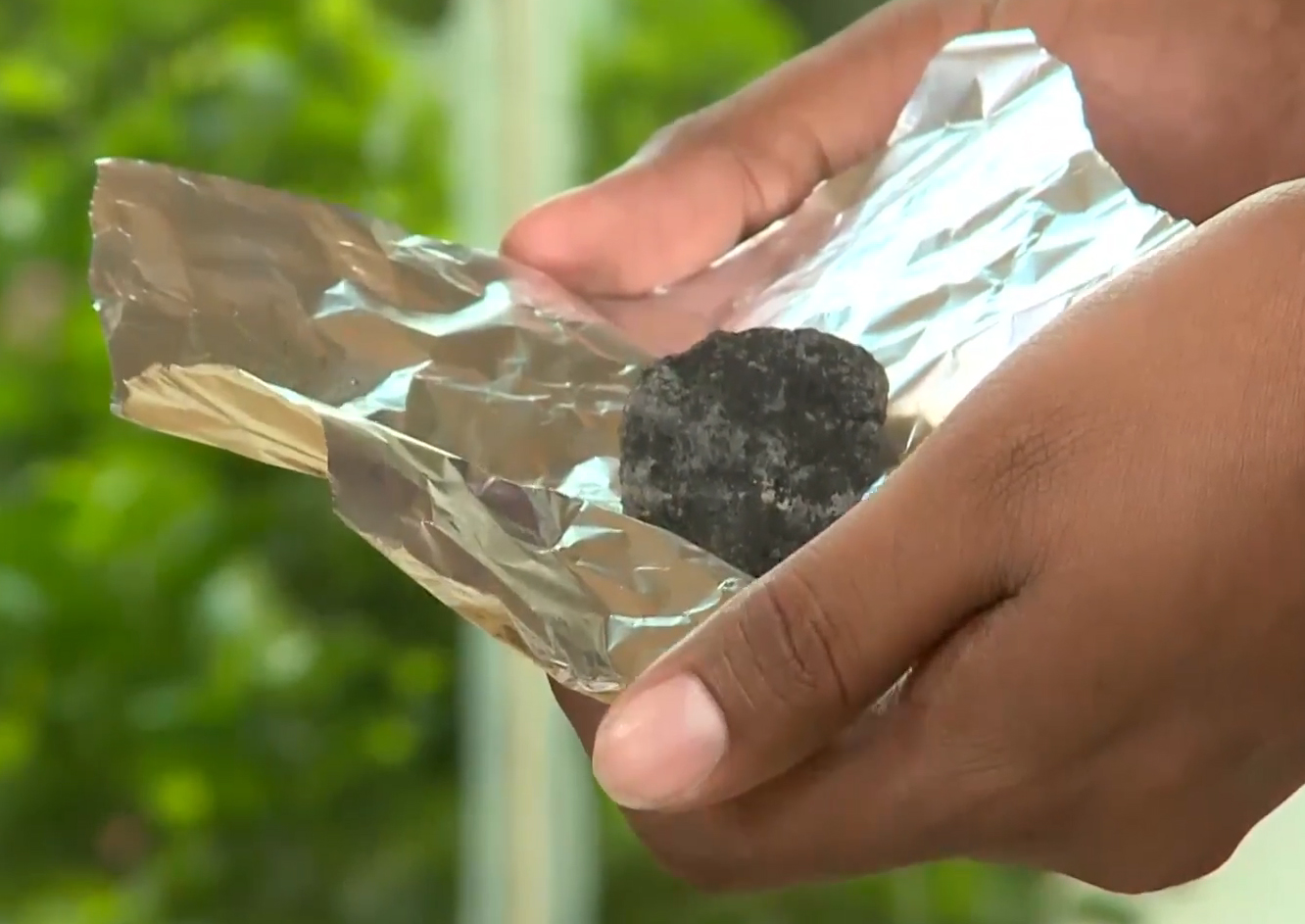 Found specimen being shown during an interview with Khaled Mabrouk Al-Nou ( خالد مبروك النو ) from the Department of Physics and Ahmed Barima ( حذيفة احمد ) from the Institute of Space Research. Photo: Sudania 24 TV 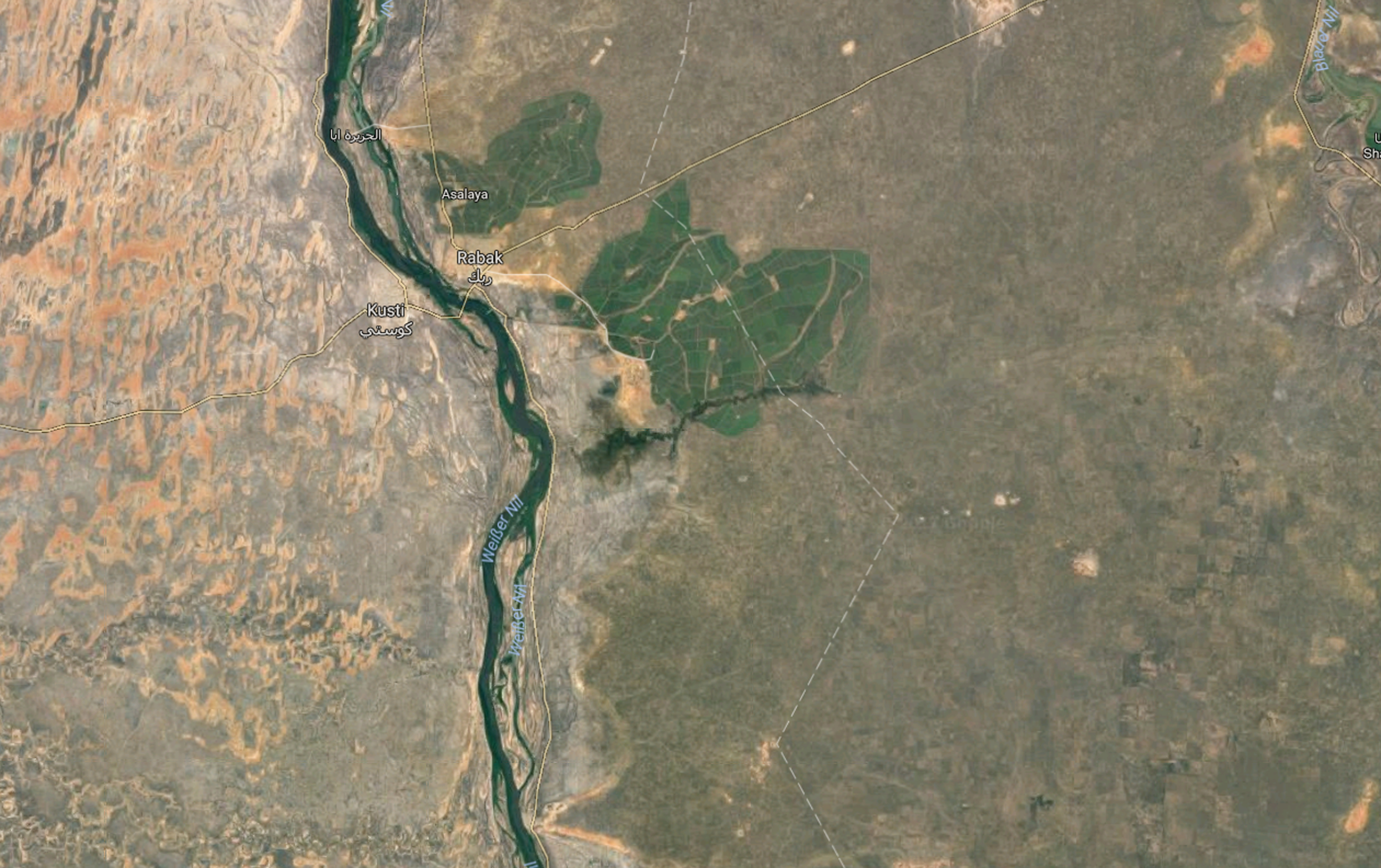